Accessibility links
Preservation Hall Jazz Band On World Cafe : World Cafe The ambassadors of the French Quarter paid a visit to our studios in Philadelphia for a live session. 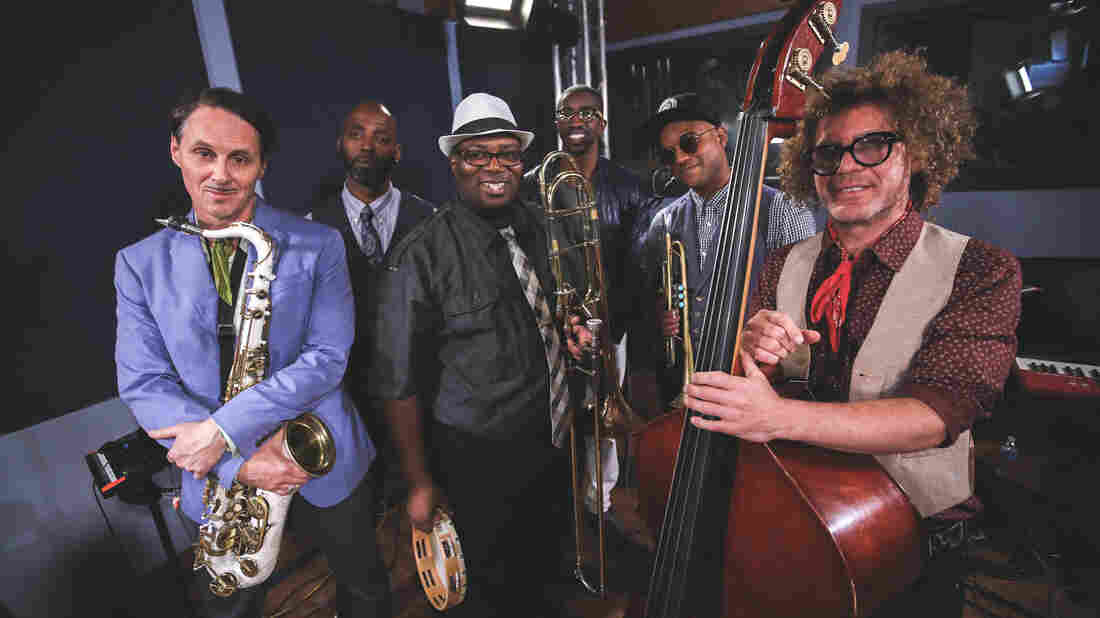 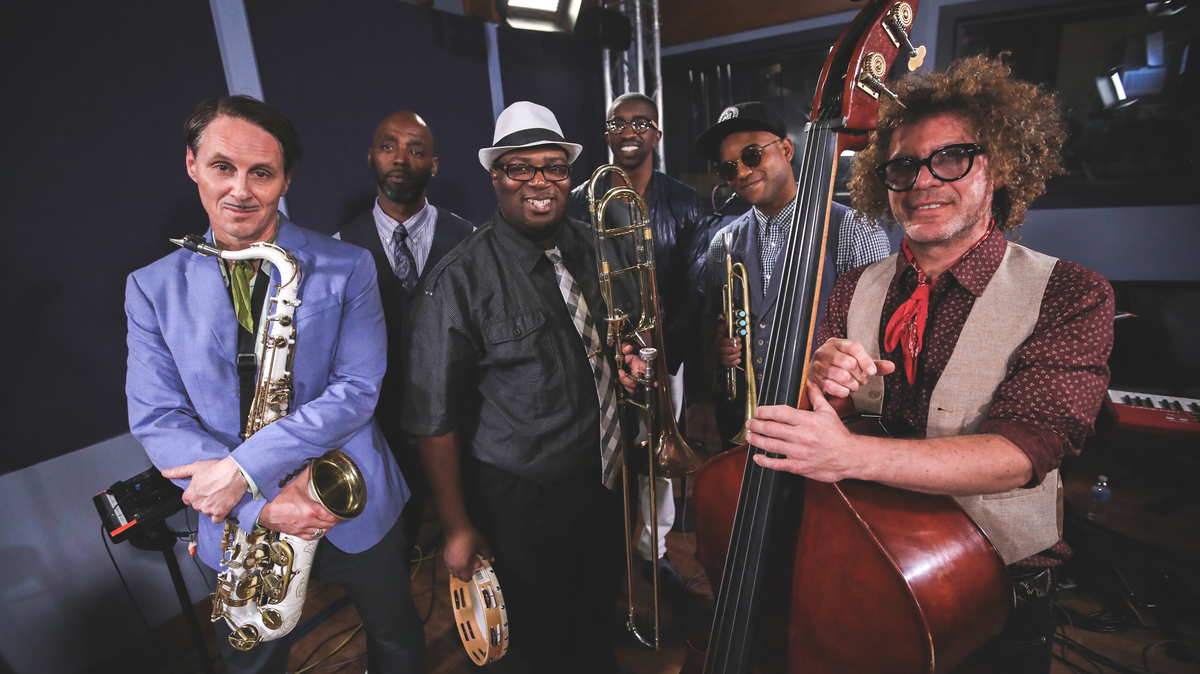 In the French Quarter of New Orleans, there's a tiny venue with old wooden floors where on a good night you can cram in around a hundred people. The audience sits right up in front of the band and it's so intimate that the musicians don't need microphones. It's a truly magical place, where the spirit of New Orleans jazz is not only alive but evolving. It's called Preservation Hall. And it's home to our guests – the Preservation Hall Jazz Band.

The venue, as a concert space, and the band were born in the early '60s, thanks to Allan and Sandra Jaffe, who moved to New Orleans from Pennsylvania. Over the past half century, the band has seen dozens of members from different generations come and go. The band is now led by the Jaffe's son, Ben. He co-wrote Preservation Hall Jazz Band's new album, So It Is, with the ranking senior member of the band, clarinet and saxophone player Charlie Gabriel.

Gabriel is in his 80s and a fourth-generation New Orleans musician. But don't be fooled by the history – this is a band that propels tradition forward. To create their new album, they tapped Dave Sitek of TV On The Radio. And they drew musical influence from a recent trip to Cuba - not the usual tourist trip, but the kind of inside track experience you get when you know a guy who knows a guy.

When they showed up at the World Cafe performance studio, Preservation Hall Jazz Band had three horns, an upright bass, keys and a whole lot of drums and percussion in tow. We can only assume they arrived here from New Orleans by way of marching in a second line parade. They started us off with a live performance of a new song, "Santiago." Hear the complete session in the player above.