Accessibility links
'Courage, Personified': Remembering The Tragically Hip's Gord Downie : World Cafe A reflection on the singer's impact on the entire nation of Canada, and his electric last performance on Aug. 20, 2016, in Kingston, Ontario. 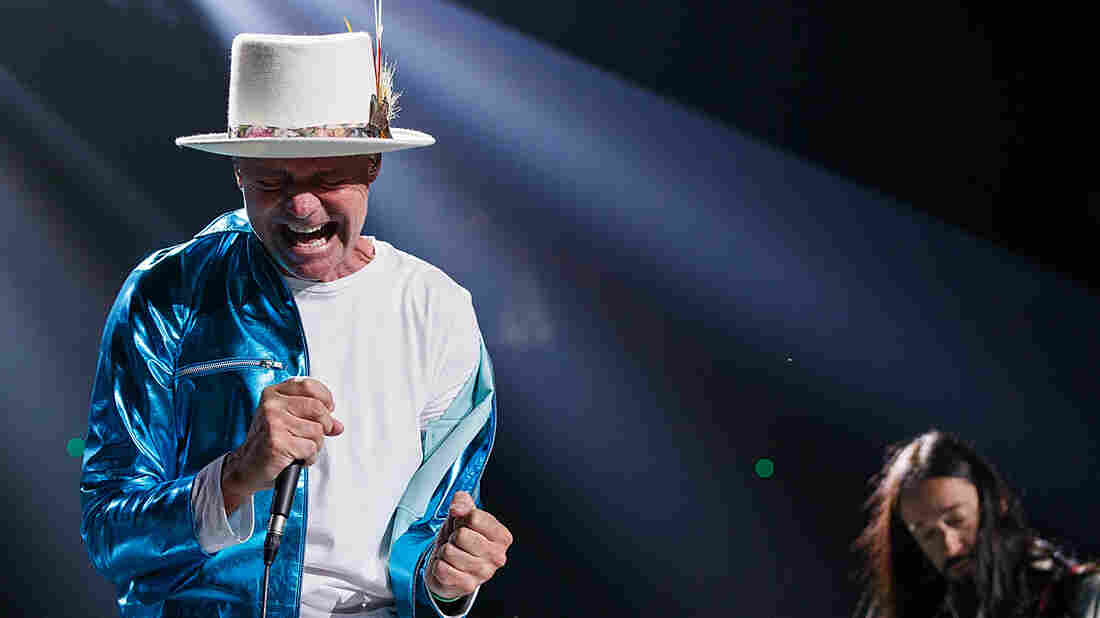 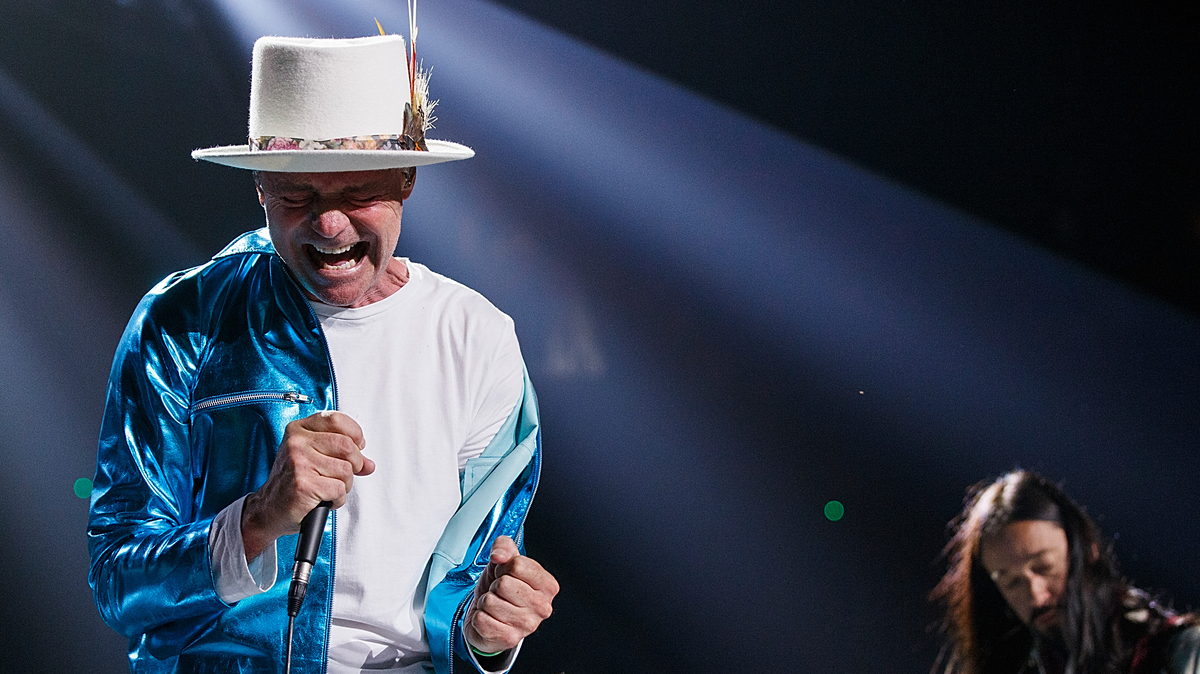 Gord Downie (left) performs with The Tragically Hip in Vancouver during the band's final tour in 2016.

In May of last year, Gord Downie announced that he had been diagnosed with terminal brain cancer and that he was going on tour with his band. Courage. The Tragically Hip played its last show of that tour on Aug. 20, 2016, in Kingston, Ontario. It was broadcast on television and online by CBC, and nearly 12 million people saw it. That's about 1 out of every 3 Canadians. I was there in person and I'll never, ever forget it.

The feeling in the arena that night is hard to describe, but picture this: Bundle every emotion your favorite band has ever made you feel over the course of decades, multiply it by mortality, add the sum of one-third of the entire country watching that with you, and you might have an idea.

Ten minutes before the concert began, the entire arena spontaneously broke out singing Canada's national anthem. We passed a giant Canadian flag around, hand to hand; it was like watching the wave ripple across an arena, but in slow motion.

Gord Downie's performance that night was absolutely magnetic. He was electric, he was funny, he danced, he wore shiny metallic suits and feather hats and a Jaws T-shirt. There were somber moments, too, but mostly strength and charisma. After almost three hours, when it was done, live on national TV Gord embraced each of his bandmates — all dudes — and kissed each one of them on the lips.

Canada's Prime Minister Justin Trudeau was there, wearing a Tragically Hip T-shirt. Because that's how important Gord and the guys were to Canada. And this week, on the day we got the news that Gord had died, Prime Minister Trudeau said, while choking back tears, "We are less as a country without Gord Downie in it."

The Tragically Hip has been called Canada's house band. But Gord Downie didn't believe in blind patriotism; he believed in holding Canada and its leaders to account and challenging us all to be better. Gord used some of his last time on earth to shine a light on the hardships of Canada's indigenous First Nations people. His latest album, 2016's Secret Path, told the heartbreaking story of Chanie Wenjack, a 12-year-old First Nations boy who escaped a residential school and died while trying to return to the family he was taken from. His last album will come out in a couple of weeks. It's called Introduce Yerself. There are 23 songs and in Gord's words, "Each song is about a person." Gord was about people.

On a day like this, it's difficult to put into words what Gord Downie means to me. But what will stand in my memory forever is the way he made the people around him want to be better, together. Gord united Canada's most grizzled hockey fans and sensitive poets. He wasn't afraid to go to the darkest parts of history, or sing of the smallest towns. He wasn't afraid to play in front of millions of people when he was battling brain cancer. He was courage, personified, until his dying day. And I want to say how much I will miss knowing we share a planet with him.