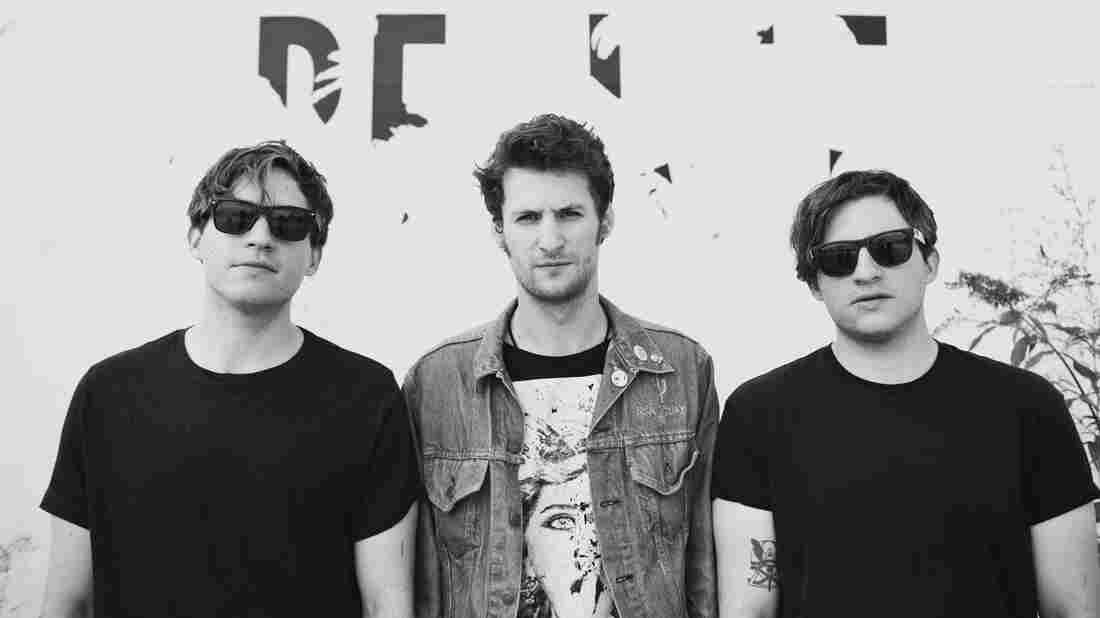 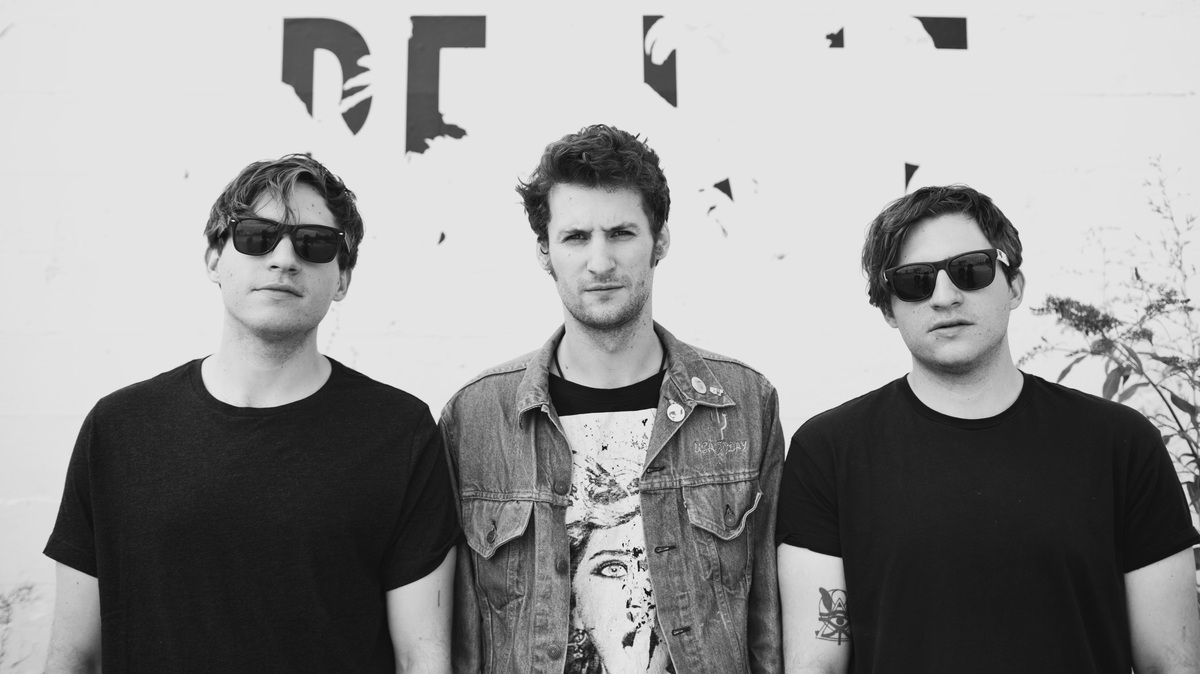 Each month, NPR Music asks 10 public radio DJs and music directors to send in the songs they can't get enough of. The songs they select often paint a picture of their local music scene, and this month, several of them chose to highlight rising stars.

opbmusic's Jerad Walker chose a song by Autonomics, a DIY garage rock band that just released an album after nine years together. The Cool Kids, chosen by Vocalo's Jesse Menendez, have had a prominent role in the increasingly influential hip-hop scene in Chicago. Ryan LaCroix, of KOSU, picked a tune from Oklahoma indie rocker Chelsey Cope.

Check out the list below to get a taste of new music from around the country and world.

Autonomics have been together for nearly a decade. In that time, the scrappy punk rock outfit have played hundreds of gigs across the country and slowly, but surely, built a considerable following in their hometown of Portland, Oregon. So it's almost absurd that the band only just released their second record, in September, with the all-too-literal title of Debt Sounds. Recorded at Modest Mouse frontman Isaac Brock's Ice Cream Party Studios, it features the infectious lead single "Bad Blood," a two-minute burner that perfectly captures the band's insurgent live sound and showcases its love of pop hooks. Technically, this may not be Autonomics' first rodeo, but it's still a wild ride that feels as fresh and free as anything out there.

The Cool Kids' influence on rap culture cannot be overstated. In 2007, the Chicago-based duo leveraged their social media buzz and catchy songs to play a pivotal role in ushering in a fresh aesthetic and sound, one that was heavily reliant on minimalist production and retro-inspired apparel. On Special Edition Grand Master Deluxe, the group's first album in six years, Chuck Inglish and Sir Michael Rocks are out to shatter the notion that they're simply a retro act. The Chuck Inglish produced single "Checkout" finds The Cool Kids are in its element, flexing lyrical dexterity over their trademark-sparse drum patterns, a sticky piano loop, and wavy synths. The song is an amalgamation of what we love about this group, while providing enough nuance to keep the Kids up to date.

Every breath you take. Every move you make. Every bond you break, every step you take, just know that the whole world's watching you. Such is the warning from New Zealand chanteuse Kimbra in "Everybody Knows," the soulful synth-pop single whose quiet lament of a toxic relationship grows stronger and sharper, to the point of a guttural accusation — you don't own her, you can't control her, and you can't pay for her silence anymore. In a world where one #metoo can turn into a sea of support, Kimbra reminds us of the vulnerability in making our confessions, but also the strength that comes from acknowledging the truth and moving forward, whatever may come next.

—Joni Deutsch, WVPB's A Change of Tune and Mountain Stage

From The Middle of Nowhere

It's been five years since we last heard solo material from Oklahoma City's Chelsey Cope. She's occupied her time since fronting two local rock bands and testing out her acting chops (in the William H. Macy-directed film Rudderless). Along the way, the folk rocker has transformed into a dynamite rock 'n' roll singer.

The first lines of "Longer Road" show the 29-year-old seemingly preaching to herself: "Never rely on anyone / to satisfy your hunger for the things you want / it's all gonna break you the same." There's a strong message of self-reliance here, but the last line carries an awareness that continues throughout the song: Things are always darkest before the dawn. Amid the crunching guitars and pounding drums, Cope's vocals remain restrained, as if embracing a coming darkness she's all too familiar with.

The brainchild of Rebecca Marie Miller and Joy Pearson, Lenore. is a band that believes in second chances. Case in point: Miller and Pearson were on the cusp of giving up their respective musical dreams when they met by chance at a Pokey LaFarge show in Portland, Oregon. It only took a few short hours for the pair to realize it was musical kismet that brought them together.

"Ether's Arms," the first track on Lenore.'s self-titled debut, is a beautiful representation of the band's otherworldly sound, a sound created out of unusual – and gorgeous – vocal harmonies built over layers of guitar (Edward Cameron) and cello (Jessie Dettwiler). It's a sound the duo describes as "witch-folk," and there is definitely a supernatural element here. When they sing: "So lay me under the ancient trees / Let the roots and branches devour me / Deep and lovely, safe from harm / Back into the Ether's arms," you're transported to a different dimension, an unearthly realm. Here, you'll find safety and security. Here, you'll be able to rest, to find peace. And here, you'll discover the courage you need to start living the life you want.

Aaron Lee Tasjan is a true renaissance man. He is one of those unique individuals who can adapt to any situation. Tasjan has worked with a broad group of artists ranging from Peter Yarrow to The New York Dolls. On a recent trip to Nashville, I witnessed Tasjan perform with his own band and sit in with two others, within a span of three days. (There is a good reason why he was nominated for Emerging Artist of the Year by the Americana Music Association.)

Tasjan's skills as a musician, performer and songwriter make him a triple threat in the finest sense; "Till The Town Goes Dark" is a great example of Tasjan's talent. Its infectious rhythm and clever lyrics will having you cranking the volume and asking for more.

Julien Baker, 'Turn Out the Lights'

From Turn Out the Lights

You often see an artist gain confidence between releases. Maybe you can hear it in their delivery. Sometimes it's present in the lyricism. The sound of a new record may be more ambitious. They'll make an album, gain some insight or perspective from the experience, then use that to make the next one with more self-possession and trust. The growth happens "off camera," so to speak.

On the title cut of Julien Baker's sophomore album Turn Out the Lights, though, it feels like you're witnessing that process in real time. The sparse track begins with self-doubt and mistrust, chronicling those tiny, pivotal moments that send us in a tailspin. The lyrical engine of the song is one line: "There's no one left between myself and me." It's a heartbreaking statement the first time you hear it. But that's when things take a turn. You suddenly hear resolve in Baker's voice. The guitar goes from sullen to unshakable. Suddenly, that line means something else. Something triumphant and comforting.

There is a lot of care, craft, and time present in "Turn Out the Lights" — it's not like the recording itself is a piece of ad hoc self-discovery. But that's exactly what it feels like — every single listen.

Study Willie Watson's career and it reads like the plot of an old folk song: A talented apprentice who has served time with master craftsmen decides to hit the road on his own. Greatness surely follows.

On his own, "Samson and Delilah" is an ideal calling card. Popularized by the Rev. Gary Davis and later the Grateful Dead, the song demonstrates a studious fixation with Americana. But it's folly to think of Watson as another Alan Lomax-entranced wannabe; his spare arrangement reveals the power within "Samson and Delilah" while also imbuing it with something else. Backed by gospel troupe Fairfield Four, Watson's rendition has the sanctified fervor of a tent show performance.

Calexico, 'End Of The World With You'

From The Thread That Keeps Us

Calexico has a gift for creating songs that provide a vast expanse to get lost in while never letting you feel alone. So seeing "the view at the edge of the end of the world" through this band seems strangely comforting. News of a Calexico album is a comfort in itself, and this song is the opening track of the band's ninth studio release, The Thread That Keeps Us, which has a January 26, 2018 release date. Joey Burns, John Convertino and company turn up the guitar and let the rough edges show here, offering melody and momentum to make sense of strange times (or at least try).

I would probably never use the word "elegant" to describe the blues — there's such honesty in its imprecision — but I would use it to describe Hamish Anderson's take on the blues here, with the song "U." Anderson's electric guitar has a precision and beauty that embraces the simplicity of the lyrics ("I can't shake you") while underlining the emotion in it. A guitar player from Melbourne, Australia, Anderson moved to the U.S. a few years ago because, he says, he wanted to be nearer to the roots of blues and rock music. He openly counts guitar players and songwriters from Robert Johnson and BB King (Anderson was the last artist to open for King before he passed) to Son House, Tom Petty and back again as influences. Though Trouble, produced by the renowned Jim Scott, (Tom Petty, Wilco) came out a year ago (yes, I slept on it), it's an album for the ages, just like any worthy blues or rock record.