Accessibility links
Grandaddy On World Cafe : World Cafe The band's first album following a 10-year hiatus features everything that made it great — the meeting of fuzzed-out indie rock and the lo-fi psychedelia of video games. 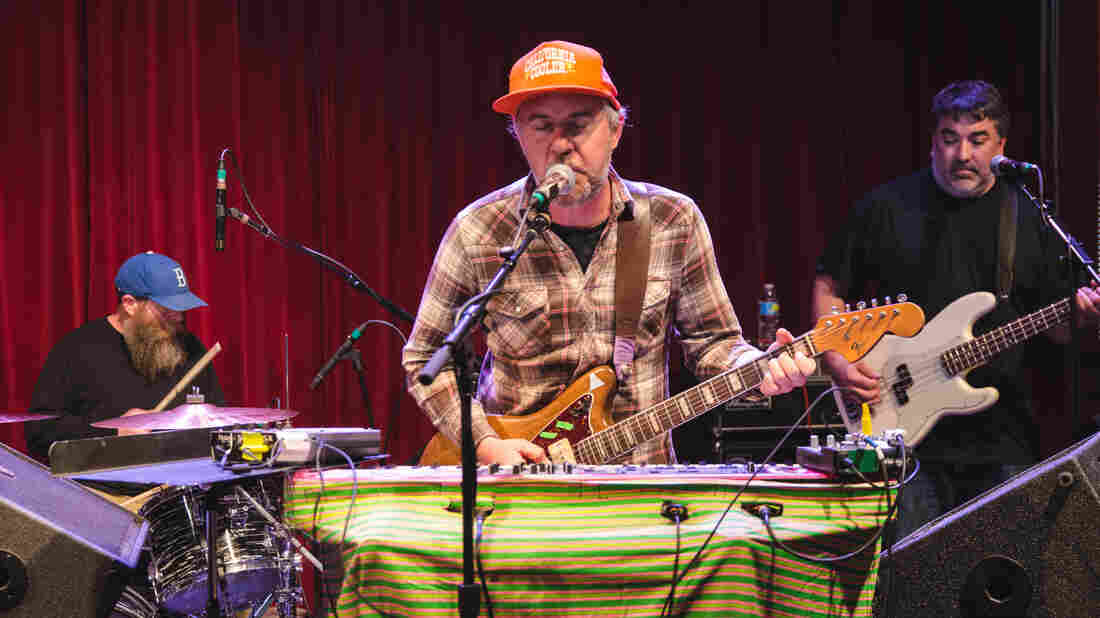 Grandaddy performs at World Cafe Live in Philadelphia, which was recorded for this World Cafe session. Tiana Timmerberg/WXPN hide caption 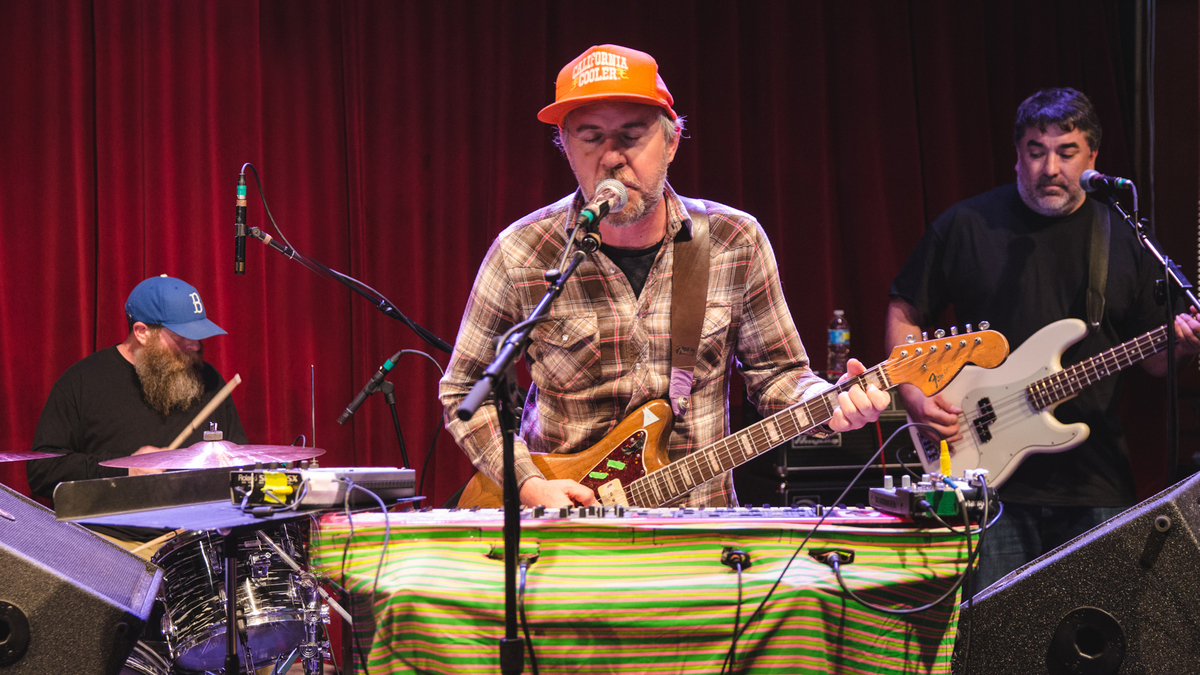 Grandaddy performs at World Cafe Live in Philadelphia, which was recorded for this World Cafe session.

This past spring Grandaddy released its first album since taking a 10-year hiatus. It's called Last Place, and features everything that has made Grandaddy great since they formed and released their first cassette tape in 1992 — the meeting of fuzzed-out indie rock and the lo-fi psychedelia of video games.

We recorded Grandaddy's session in March of this year. A couple months later, the band's bass player Kevin Garcia died after suffering a stroke. After his passing, frontman Jason Lytle said this about Kevin: "He was an actual angel. He navigated life with a grace, a generosity and a kindness that was utterly unique. And contagious. He is loved so deeply by so many."

Kevin plays bass on this recording, and we're sending it out to his bandmates and his family in his memory. All three songs you're going to hear are off Grandaddy's latest album, Last Place — performed live in front of an audience for World Cafe, starting with "Way We Won't."