Accessibility links
David Crosby On World Cafe : World Cafe On the occasion of his new album, Sky Trails, the legendary singer-songwriter pops in to tell funny stories from across his long career. 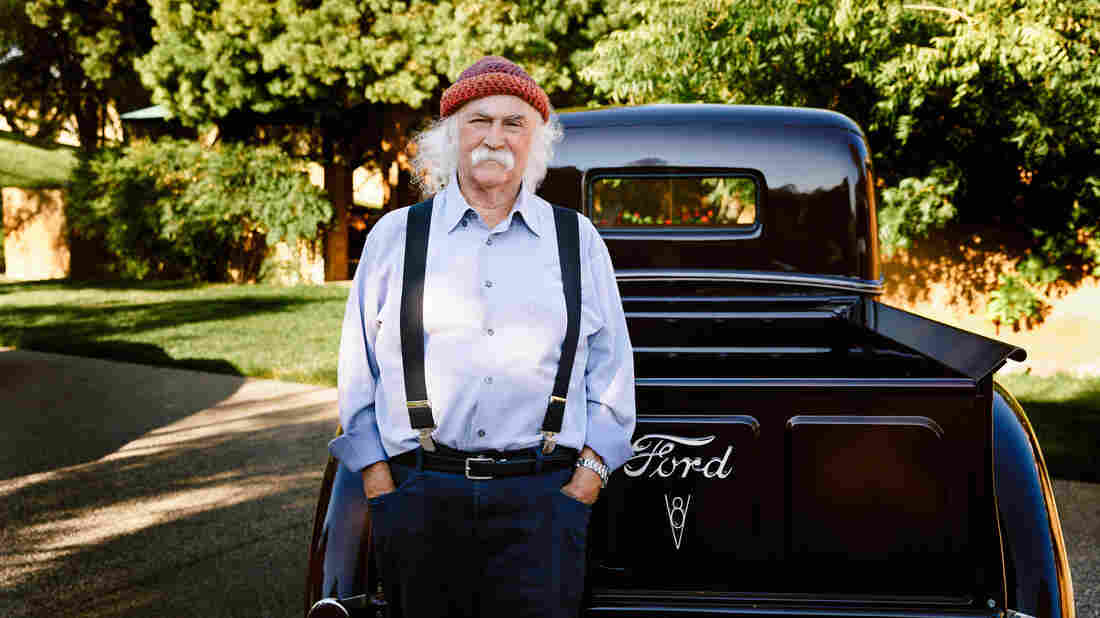 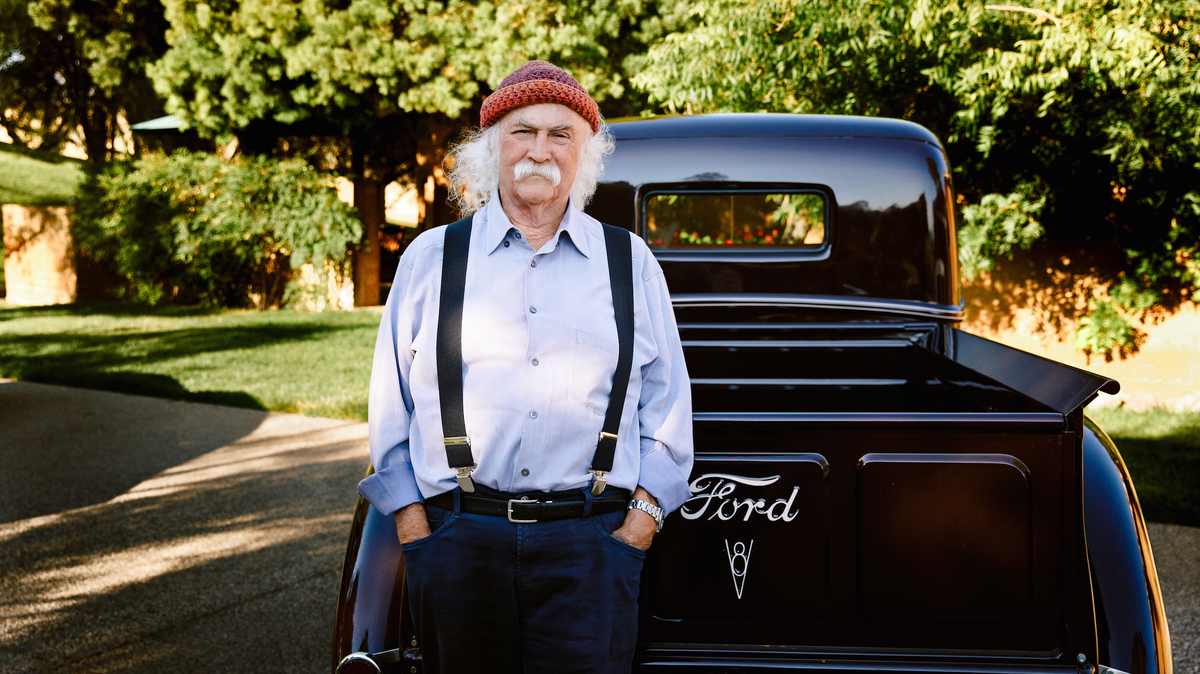 I'm so happy to share our latest session with David Crosby. He made me howl with laughter, he's got so much heart, and he was truly generous in sharing his stories. Crosby is here to talk about his new album, Sky Trails, which features some of his contemporary collaborators — Becca Stevens, Michelle Willis, Mai Agan, and Michael League of Snarky Puppy. But we covered a lot of ground on Crosby's formative cronies, too, including The Byrds, Crosby Stills & Nash, Miles Davis, Jackson Browne and Joni Mitchell. He told me about hearing Mitchell perform for the first time and falling in love with her, just like everyone else did.

Crosby's new record was produced by his son James Raymond, who was given up for adoption when James was a baby and didn't find out that David Crosby was his dad until Raymond was in his 30s. Hear what happened when they met for the first time.

We start off with a song Raymond wrote — the one that opens David Crosby's new record — called "She's Got To Be Somewhere."