Accessibility links
Heavy Rotation: 10 Songs Public Radio Can't Stop Playing : World Cafe Hear songs from a Chicago rapper who examines black identity, another single from Belly after a 22-year hiatus, and a few artists who stood out at SXSW. 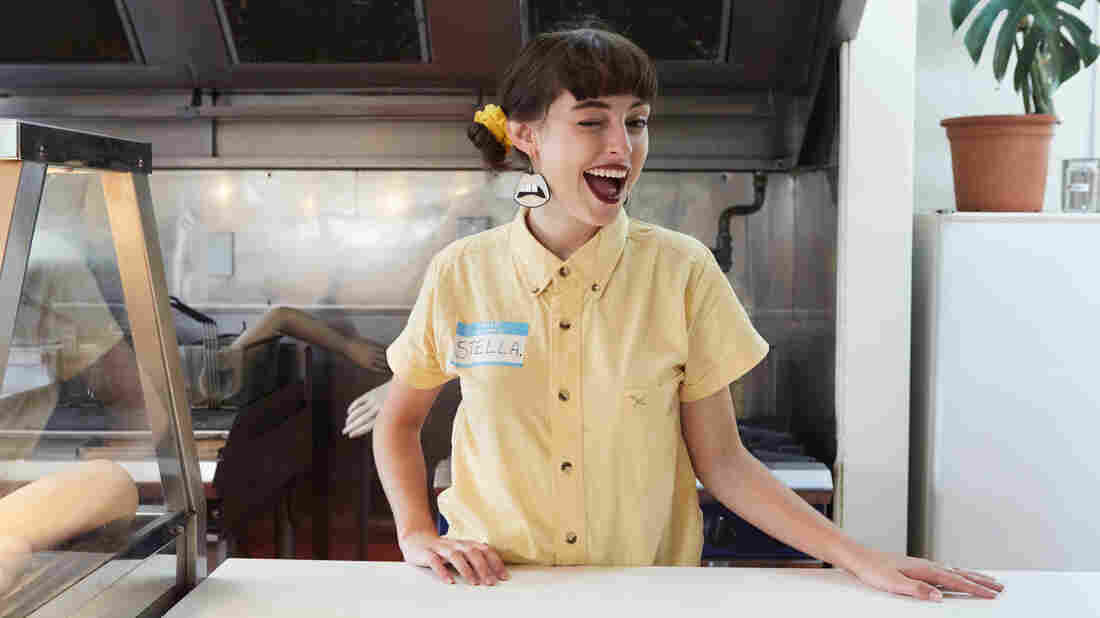 Stella Donnelly's song "Mean To Me" is featured on this month's edition of Heavy Rotation. Evie Mackay/Courtesy of the artist hide caption 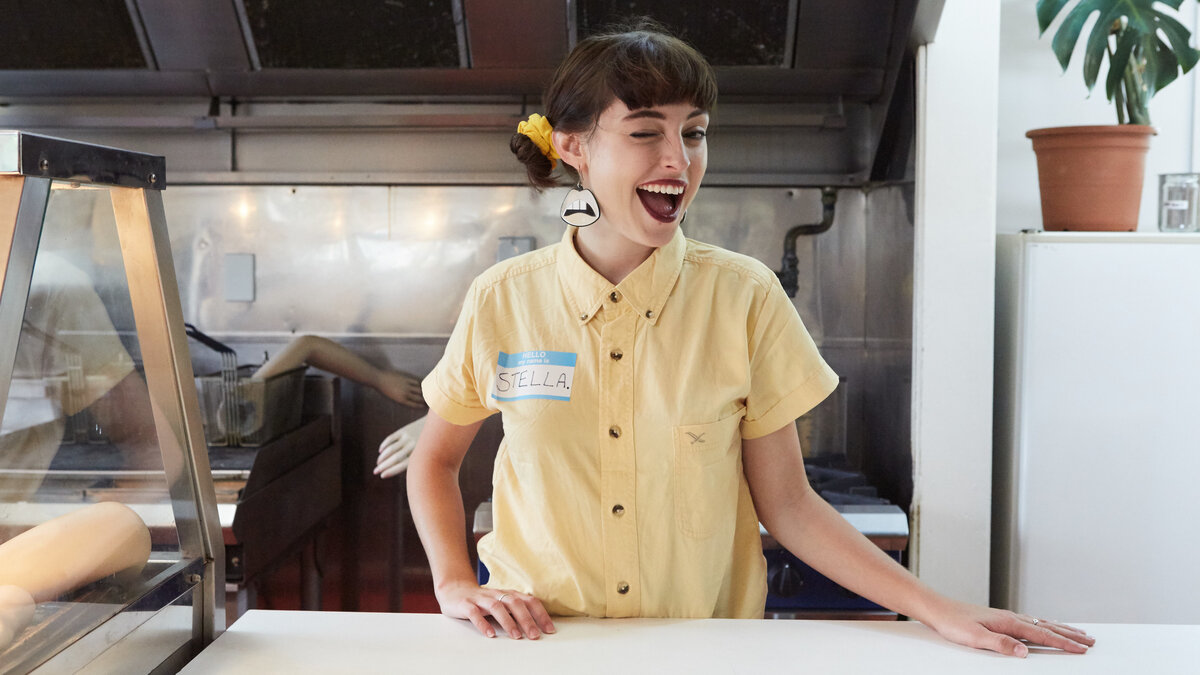 Stella Donnelly's song "Mean To Me" is featured on this month's edition of Heavy Rotation.

Evie Mackay/Courtesy of the artist

Every month, NPR Music asks DJs from public radio stations across the country: What song can you not get out of your head? Each time, we end up with a collection of new tunes and local favorites that's as varied as you can imagine.

For this month's playlist, we consulted with friends as far-flung as Wyoming, Boston, Austin and San Francisco. You'll hear songs from a Chicago rapper who examines black identity, another single from Belly after a 22-year hiatus, and a few artists who stood out at SXSW. 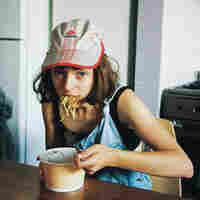 Stella Donnelly, 'Mean To Me'

In the vein of fellow Aussie Courtney Barnett, Stella Donnelly doesn't mince words or cower from topics that seem unlikely for radio hits. Her sardonic evisceration of catcalling harassers ("Mechanical Bull") and heartbreakingly beautiful takedown of a rapist ("Boys Will Be Boys") have attracted viral fame. However, Donnelly doesn't want to be pigeonholed as an activist singer, nor should she be: Her balance of soft, delicate vocals and aggressively honest storytelling is enormously powerful. On her current EP, Thrush Metal, Donnelly shares "Mean to Me," a song about a relationship well past its expiration date. The track perfectly exemplifies Donnelly's signature move: a smiling and dainty feminine voice that lulls her antagonist (and the listener) into submission. —Jade Tittle, The Current

Editor's Note: You can watch Stella Donnelly's performance of "Mean to Me" at the 15:17 mark in the video below.

Björk was right to call Josiah Wise, the choirboy turned student of classical music now known as serpentwithfeet, "one of the most emotionally generous singers." In "bless ur heart," he sings with dignified sorrow that's both devastating and uplifting, and opens his voice to a hummingbird trill that makes me miss Michael Jackson just a little bit less. Wise has arranged the song to unfold like a game of Snakes & Ladders played at the door to the Pagan Pearly Gates, where some divine force keeps changing the orientation of the board so that what feels a descent flips midair into a climb. I'd like to go on record and predict, based on "bless ur heart," that serpentwithfeet's upcoming full-length debut soil will be one of the year's most intriguing albums when it's released in June. Enter 2018's conductor of the church of wonder. —Talia Schlanger, World Cafe

Elizabeth and the Catapult, 'Underwater'

On the band's fourth album, Keepsake, Elizabeth and the Catapult steps out with hopeful and mature songs that aren't afraid to admit weakness and mistakes. Drawing from old dream journals, Elizabeth Ziman's lyrics cloak personal vulnerability in diffuse impressionism. "Underwater" opens with "I'm lost, I'm lost, I'm lost, I'm lost / Took a while to get around," but by the chorus, the song hits its stride, buoyed by an insistent bass line and a catchy hook: "I can take to dreaming like a fish in the sea ... I can hold my breath longer than I ever believed ... I can crash into waves, let them roll over me." It's like an indie-pop remake of Thoreau's aphorism, "Go confidently in the direction of your dreams. Live the life you have imagined." The lines soon empower the listener's subconscious: "And I'm not afraid of dreaming / And I'm not afraid of living / And I'm not afraid of being." —Micah Schweizer, Wyoming Public Radio

On his new album Blackie, queer-identifying Chicago rapper Roy Kinsey explores his Southern roots and addresses how his family's migration from Mississippi to Chicago informed his own sense of identity. In the haunting "Mississippi Mud," Kinsey raps, "My sharecropping grandfather could've been a doctor." Lines like that have Kinsey pondering how life might have been different had the crippling effects of racism not been so deeply embedded in the roots of his family tree. Despite the generational trauma, Kinsey refuses to let his family's struggles and triumphs be negated by old systems of inequality. "Mississippi Mud" strikes a superb balance between Kinsey's poignant personal narrative and Mike Jones' gritty, head-nodding production. —Jesse Menendez, Vocalo Radio

Just saying Belly's name reignites a reverie for early-'90s Boston alt-rock, a sound Tanya Donelly helped create as a founding member of three bands born from the scene. Donelly's ability to pair pop sensibilities with an alt-rock aesthetic made Belly shine. But the band broke up, and it took a 22-year hiatus and a reunion tour to get them back together to record. Belly's new single "Shiny One" is as powerful and collaborative as we could hope for from a group that hasn't recorded together in more than two decades. "It was the first completely collaborative song we've ever done," Donelly says. "When I hear it, I hear all four of us equally." Belly's new album, Dove, arrives in May. —Stacy Buchanan, WGBH

Alia Sharrief's "My Girls Rock" is a feminist slapper that fits naturally into a playlist next to Cardi B's "Bodak Yellow," Beyoncé's "***Flawless" and Rico Nasty's "Poppin'" — anthems women play when we need to be reminded of our power. A bare, slinking synth melody snakes through rattling trap drums; Sharrief's flow is poised and purposeful, with the precise movements of a martial artist. When she raps the refrain, "Every city my girls we rock," she's not just flexing with her besties; she's raising a fist for women everywhere. Her fiery first verse is enough to annihilate anyone who underestimates her, especially those who stereotype her because of her Muslim faith. —Nastia Voynovskaya, KQED

Birds of Chicago, 'Roll Away'

The new single from Birds of Chicago's forthcoming Love in Wartime (the band's fourth studio album) enters with a light drum beat and hand claps. Even though we can only hear husband-and-wife duo Allison Russell and JT Nero singing on the track, we can almost see a full audience on their feet in a live show, singing and dancing along. It's a group effort, a call to work together; to shove away any heaviness and fear; to "roll away the awful clouds" and "roll on in the sun and moon." The opening line, with its biblical reference to resurrection, packs its own punch. But rather than toil in the allusion, the singers leave it where it is and ride the metaphor into a cadre of verses thick in vulnerable humanity. "Roll Away" celebrates change, with all its painful revelations and inevitable doubt. In between the poetry, the lyrics seem to ask, "We're here, so now what are we going to do?" —Kim Ruehl, Folk Alley 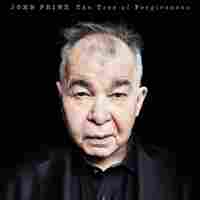 A recent Rolling Stone article describes John Prine as "The Mark Twain of American Songwriting." That description couldn't be more accurate. Prine's music makes us laugh, cry and see the joy and absurdity in the everyday. Prine's latest song, "Knockin' on Your Screen Door," touches on everything from trains to sailboats to climbing trees and sweet potato wine. The song also contains a knockout couplet in which Prine laments having "no loose change just a hanging around my jeans" and pairs that with a plea for needing help "with a can of pork and beans." Toss in some references to 8-tracks and George Jones and you can hear why "Knockin' on Your Screen Door" easily qualifies as another Prine classic. Despite losing some of his vocal power after a battle with cancer, Prine adapted his style and his music remains as strong as ever. It's easy to see why contemporaries like Jason Isbell and Dan Auerbach draw inspiration from Prine. Even as it deals with loneliness, "Knockin' on Your Screen Door" feels like an old friend you can call on any time you need a smile. —Benji McPhail, The Colorado Sound

The auspicious Austin producer and guitarist Adrian Quesada has made a name for himself around town through connections to groups like Brownout, Grupo Fantasma, Ocote Soul Sounds, Money Chicha, Third Root and more. Quesada's idiosyncratic Latin, psychedelic soul influence recently resurfaced in the form of a fresh collaboration with another local mainstay, solo singer-songwriter Eric Burton. Now, out of the musical mist emerges this new sextet, Black Pumas. Led by Burton on lead vocals and Quesada on guitar, the band is already entertaining Austin audiences with live performances; listeners everywhere can keep an eye out for a debut album this summer. —Jack Anderson, KUTX

Tom Misch, 'It Runs Through Me (Feat. De La Soul)'

London-based artist and producer Tom Misch has been putting in work at a prolific rate through his collaborations with acts such as Jordan Rakei, FKJ and Carmody, helping to color their music with sophisticated melodicism and intelligent soundscaping. Now, in advance of his highly anticipated album Geography comes "It Runs Through Me," featuring the iconic hip-hop trio De La Soul. The pairing is brilliant and imaginative as each of them go bar for bar, perfectly interweaving with Misch's beautiful flamenco guitar, ebullient and syrupy bass lines and well-placed multi-syncopated percussive stabs. As a producer, Misch has always impressed with his musical dexterity, but what this track clearly showcases is his ability to seamlessly blend music cultures and genres. If "It Runs Through Me" is any indication, Misch is ready to assume leading-man status, and we'll be all the better for it. —Chris Campbell, WDET