Accessibility links
Sister Rosetta Tharpe Gets Her Day In The Rock & Roll Hall Of Fame : World Cafe The late gospel singer and guitarist will get an overdue recognition for her crucial influence on early rock and roll, joining a class of inductees that includes Bon Jovi, Dire Straits and The Cars. 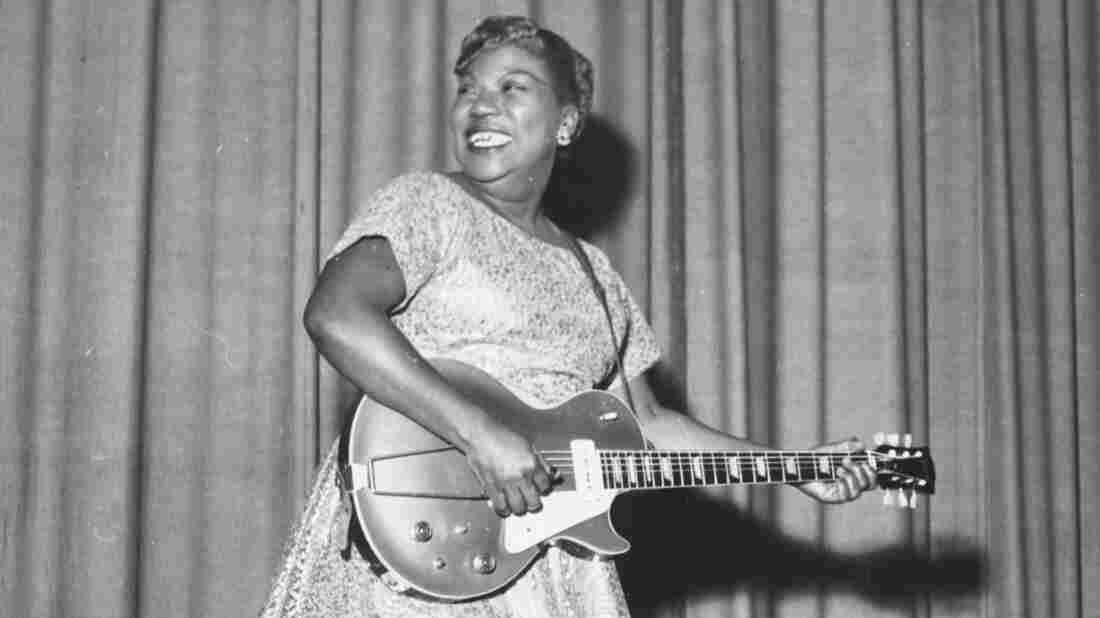 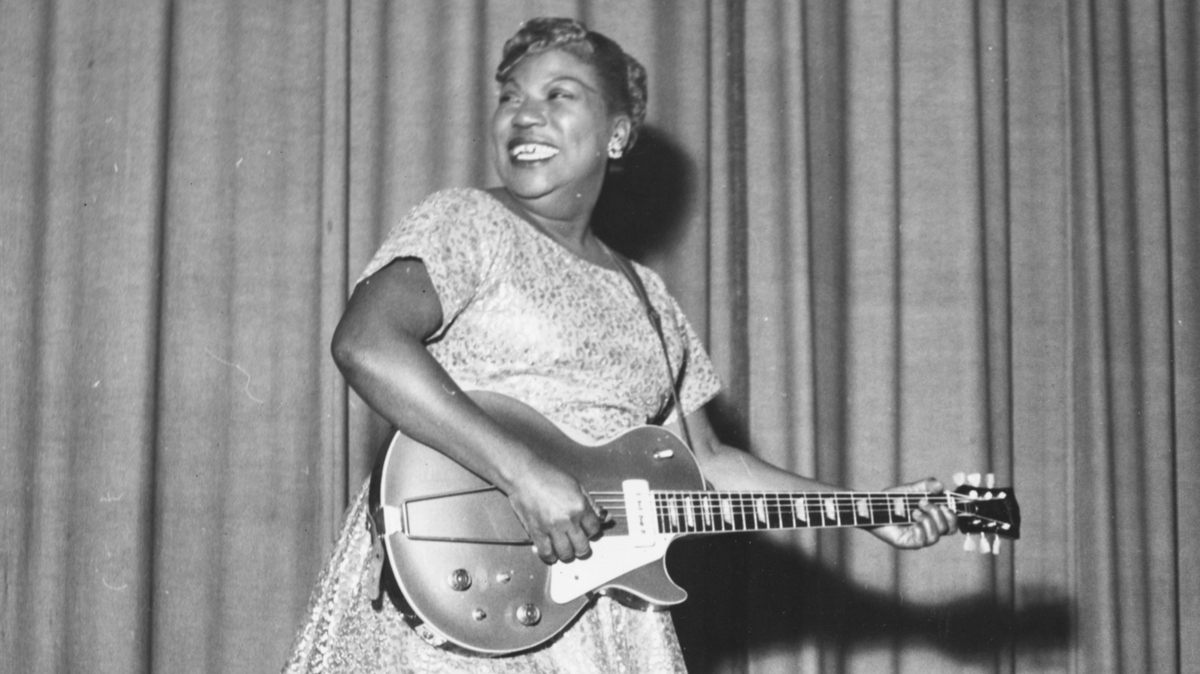 Sister Rosetta Tharpe onstage with her guitar in 1957.

Sister Rosetta Tharpe's electric gospel sound was crucial in paving the way for rock and roll, and the late singer and guitarist is finally getting her day at the Rock & Roll Hall of Fame in Cleveland. She joins this a class of inductees that includes big-name rock bands like Bon Jovi, Dire Straits and The Cars.

Rosetta Tharpe was a huge star in her time. Born in a small town in Arkansas in 1915, she was raised in the Pentecostal church. Tharpe honed her musical talent at tent revivals and churches, but found fame after moving to New York City in the 1930s. Her electric sanctified sound was an overnight sensation in the city's nightclubs, and secular audiences fell in love with her ecstatic guitar playing.

Her fame faded by the 1960s as a new generation of musicians began to expand upon her style. She found new audiences in Europe, but otherwise settled into a quiet life in Philadelphia. Tharpe died in 1973 at the age of 58. Although her name fell into the shadows of history for decades, her influence did not.

Sister Rosetta Tharpe is set to be posthumously inducted into the Rock & Roll Hall of fame on May 5. Gayle Wald says the musician would be tickled by the honor.

"When people would ask her about her music," Wald says, "she would say, 'Oh, these kids and rock and roll — this is just sped up rhythm and blues. I've been doing that forever.' "

Gospel Roots of Rock and Soul has been supported by The Pew Center for Arts & Heritage.