Accessibility links
Superorganism On World Cafe : World Cafe The eight-piece group deliver fantastic gems of indie pop that are never too clever for their own good. 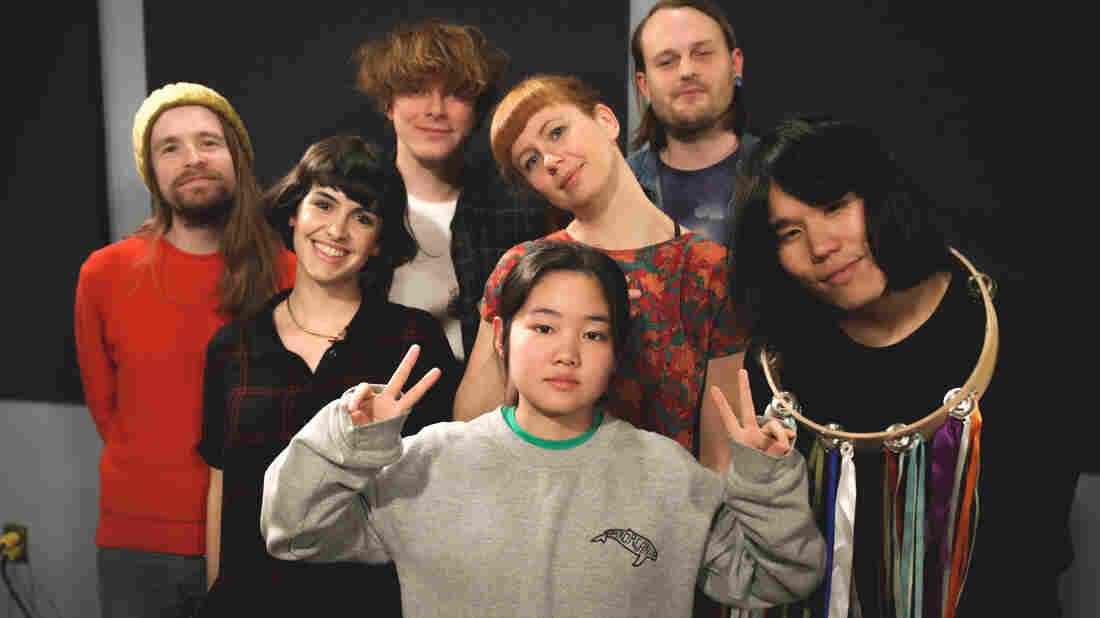 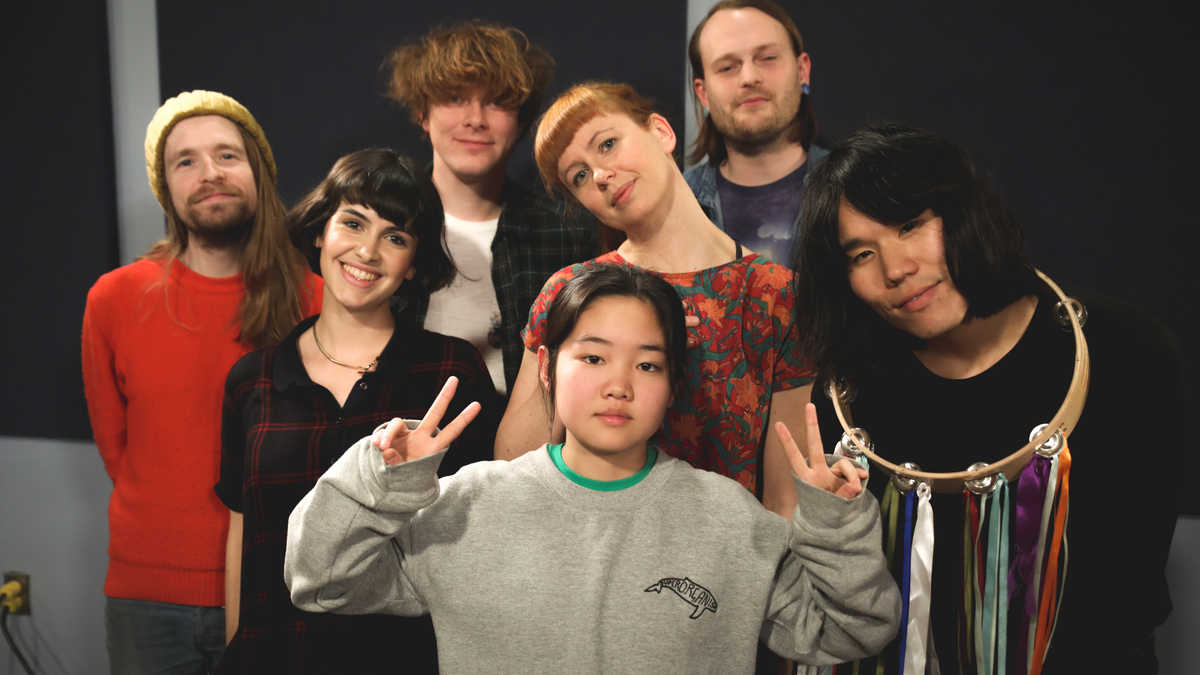 One does not simply "start a band" in your garage or basement in the 21st century. Our buzzed-about guest today, Superorganism, prove that point, stretching the notion of a craigslist connection to completely new heights.

The eight-piece group got off the ground thanks to former members of the New Zealand band The Eversons, a few of their friends, and a Japanese high school student attending boarding school in Maine. The story goes a little something like this: That now 18-year-old lead singer, named Orono, watched The Eversons on YouTube. Coming home to Japan on vacation, she went to one of their concerts. Conversations were started about a new project, demos were recorded across thousands of miles, and now they all share a house together in London.

If this sounds confusing, that's part of the design. The members of Superorganism delight in misdirection, and you'll hear that in our playful conversation. This would all just be novel if the songs weren't great, but they are. They're fantastic gems of indie pop that are never too clever for their own good. To prove it, listen to the complete session in the audio player.