Accessibility links
Hop Along On World Cafe : World Cafe The Philadelphia group delivers a live performance that gives you that bubbling feeling of a band about to break. 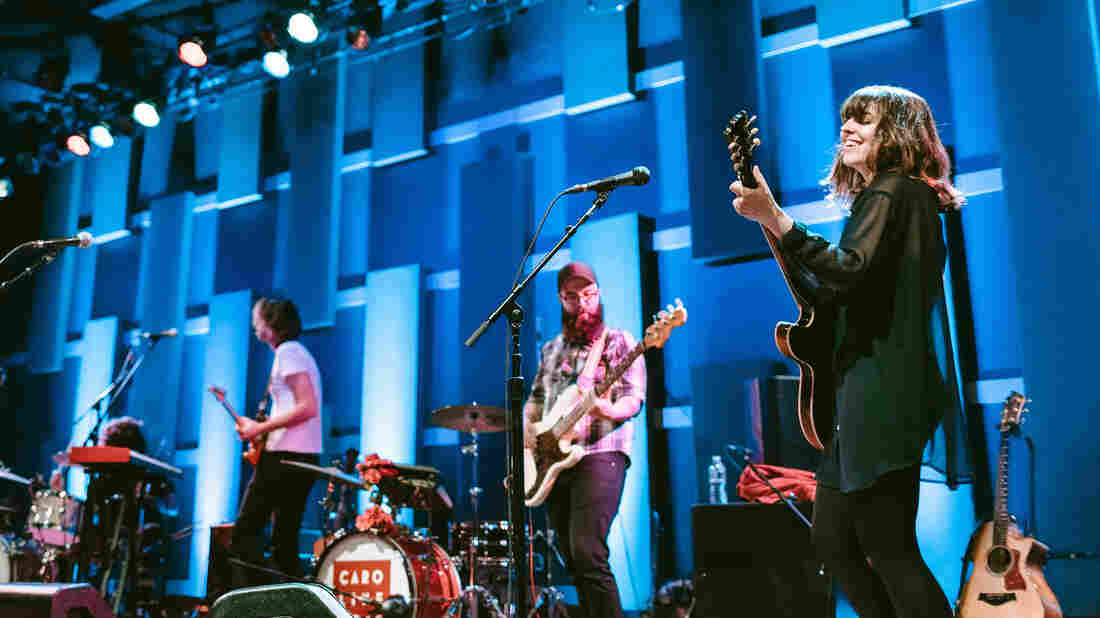 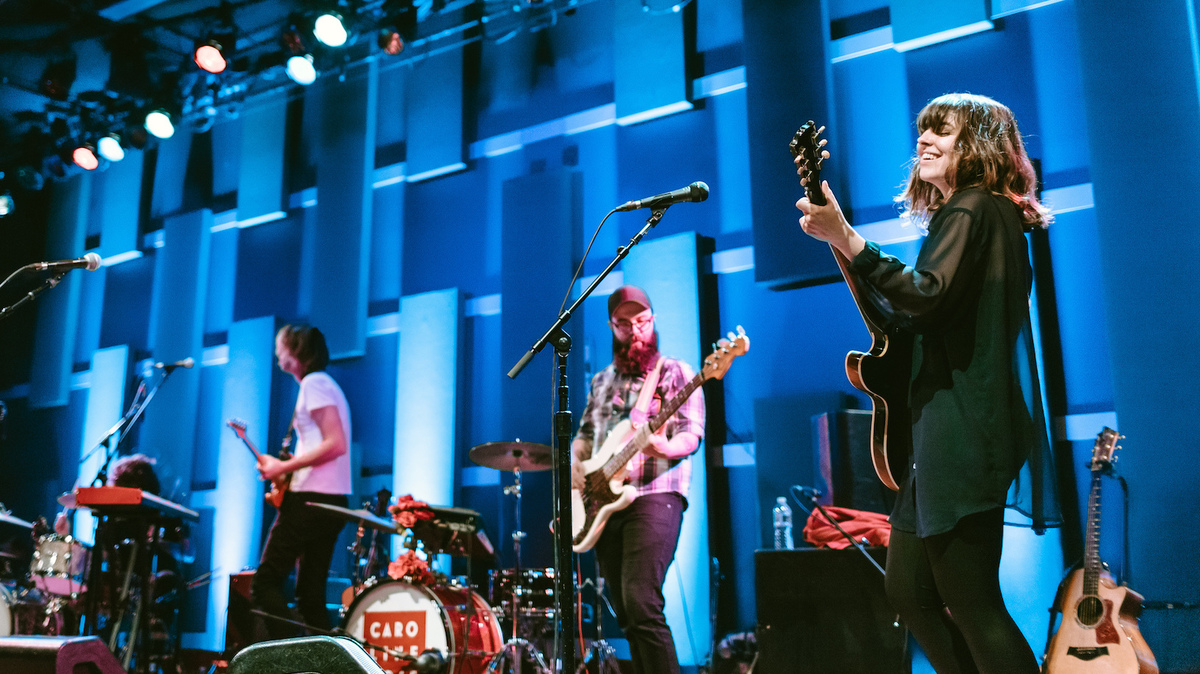 Hop Along performing at World Cafe Live in Philadelphia.

I think one of the best things you can say about an artist is that you hear a song and you know it's them. That is true in spades for the band Hop Along, thanks in large part to the unique voice of lead singer Frances Quinlan, both in the way it sounds and what she says with it.

Frances writes poetry that tumbles out in metered space, like if you turned the written formatting of an E.E. Cummings poem into sound. And even though the four-piece is often labeled indie rock, that term is way too bland to describe Hop Along. The band's music is squiggly and side-angled in ways that shouldn't necessarily work, but definitely does.

Frances started putting out music in 2005 with a solo project called Hop Along, Queen Ansleis. A few years later, her older brother Mark Quinlan joined, the band's name was shortened to Hop Along. Rolling Stone called the last album Painted Shut one of the 50 best albums of 2015. Hop Along has just released a new record, Bark Your Head Off, Dog, which has that bubbling feeling of a band about to break.

I'll talk to Frances about that in a moment, but let's start off on stage at World Cafe Live with a performance of "How Simple," the opening track from the new album. Listen in the player.