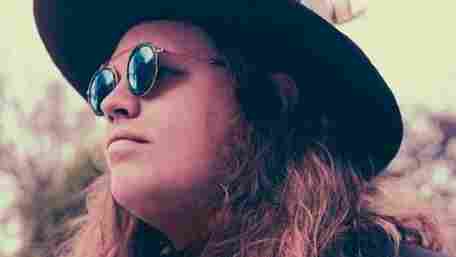 On Oct. 5, guitarist, singer and songwriter Marcus King releases the new Marcus King Band album Carolina Confessions. It will be almost two years to the day since he released his self-titled Fantasy Records debut, and since then, King has managed to create a place for himself amongst the company of guitar virtuosos like Derek Trucks and Gary Clark Jr. in the current rock music scene.

Produced and mixed by Grammy Award-winner Dave Cobb (Chris Stapleton, Sturgill Simpson, Jason Isbell) and recorded at Nashville's iconic RCA Studio A, King and his hot band dive into songs about love and various affairs of the heart and soul.

While his records have found their place on various blues music industry charts, to call King a blues guitarist is to diminish his incredible breadth. While the Greenville, S.C. native grew up on a steady diet of the blues, he imbues his songwriting and singing with plenty of soul, R&B and rock riffs. Fans of Southern rock and soul music might hear familiar touchstones like The Allman Brothers and Otis Redding in King's music. "Gregg Allman as a writer, musician and as a human being has always been and will always be a tremendous influence on the way I carry myself and approach music," King writes in a statement to World Cafe. "Duane Allman, Otis Redding, James Brown, are just a few other examples of musicians who spoke to me musically but also through their tenacious way of getting things done."

The 10 new songs on the album feature King's band, including drummer Jack Ryan, bass player Stephen Campbell, trumpeter/trombonist Justin Johnson, saxophone player Dean Mitchell and keyboard player DeShawn "D'Vibes" Alexander. All the songs were written by King except for "How Long," which was co-written with the Black Keys' Dan Auerbach and songwriter Pat McLaughlin. World Cafe premieres two of the 10 new songs here.

About the R&B flavored song "Homesick," King wrote that "Homesick is a feeling almost everyone can relate to. For me, I wrote it about the home I found in someone's heart. When I'm with her I feel at home. I wanted the song to carry the emotion the right way. The R&B approach came about organically, There was never really a question for me as to what feel the tune would have. It was born as a soul song."

"Welcome 'Round Here" starts with a dark, dirty, gritty and familiar sounding Southern blues rock riff, however it soon turns into a slamming and fiery horn and keyboard-driven blast of a jam, as King turns a psychedelic bridge into a searing and soaring guitar solo, long on dexterity and ferocity. The next time someone says to you that rock is dead, tell them to look no further than this King. "Carolina Confessions focuses a bit more on songwriting," King writes. "There were a lot of things I needed to say, to get off of my chest, a feeling of admitting wrongs I had done and also hurt I had felt. The concept is that songwriting and performing are my ways of confessing my sins and feeling a weight off my spirit."

This fall, King and his band will embark on a tour that will include The Marcus King Band Family Reunion Festival on Oct. 5-6 in Black Mountain, N.C. as well as dates both domestic and European that will last through December.

Carolina Confessions is out on Oct. 5 on Fantasy Records.