Accessibility links
Ruston Kelly On World Cafe : World Cafe Kelly's been to the brink and back. You can hear that journey in the moving songs that make up his latest album, Dying Star. 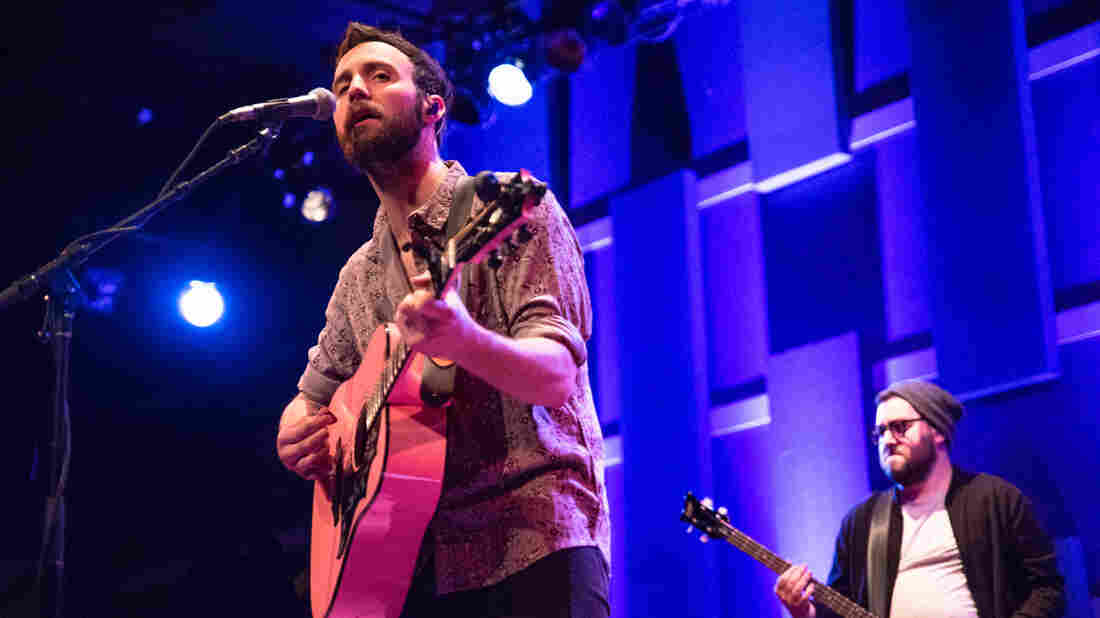 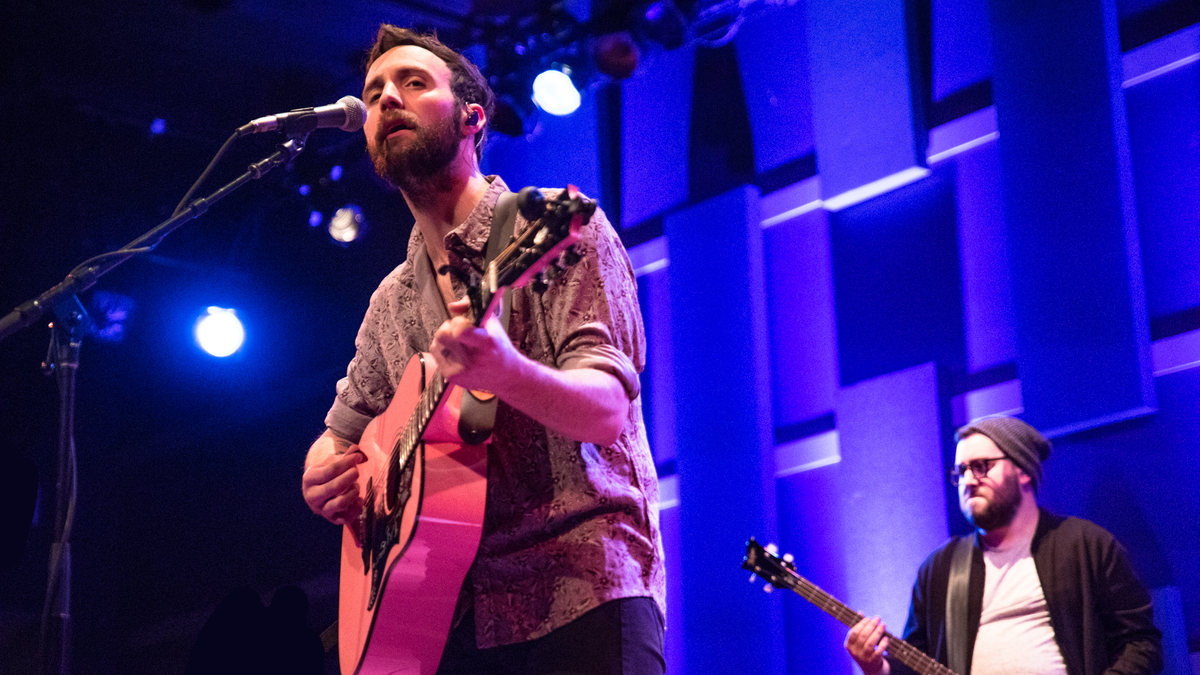 I couldn't make it through Ruston Kelly's full-length debut in one stretch the first time I tried. Between the mortal question — "How the hell do I return to normal / If I'm always ending up flat on my back?" — he poses on the opening track and the heart-wrenching harmonica on the next tune, by the time the vocoder washed over the image Kelly as the "son of a highway daughter, born in gasoline" on Track 3, I had to take a welled-up walk away from my desk. Kelly's been to the brink and back, and you can hear it in the moving songs that make up his latest album, Dying Star.

Kelly was on track to be a professional figure skater before he started writing songs. He moved to Nashville at 17 where he landed a publishing deal, had the first song he co-wrote recorded by Tim McGraw and developed a drug problem that took over his life for years. Kelly told me about overdosing, getting clean and falling in love with his now-wife, Kacey Musgraves. (They met at the Bluebird in Nashville, and Musgraves told me her adorable side of the meet-cute story when she visited World Cafe.)

Kelly's current touring band includes his dad, Tim Kelly, on pedal steel. Hear the band's live performance and my conversation with Kelly in the player.