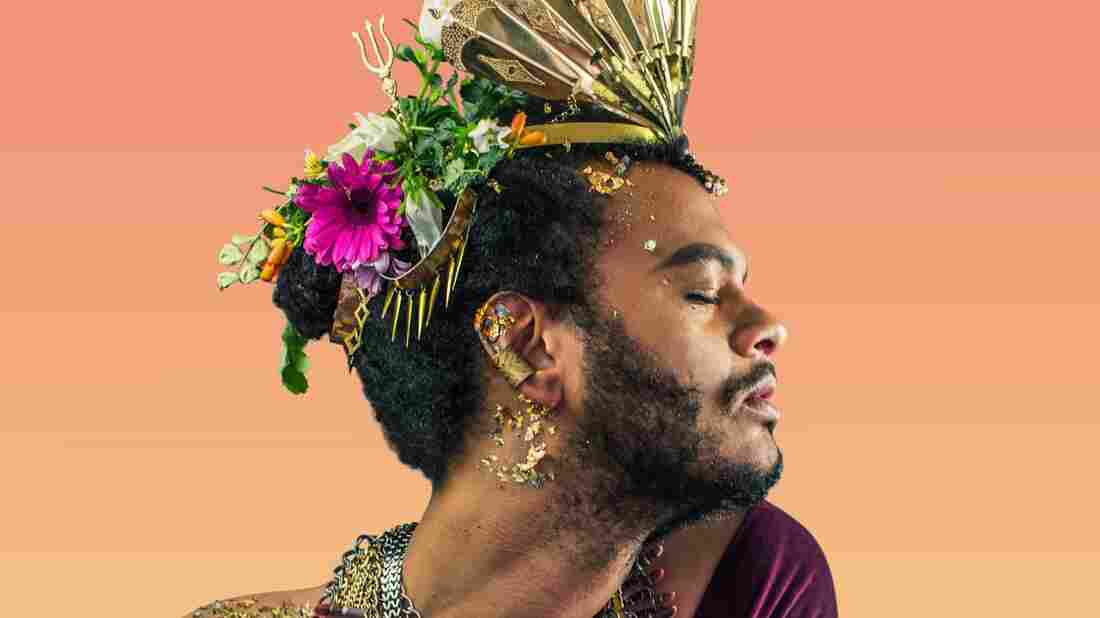 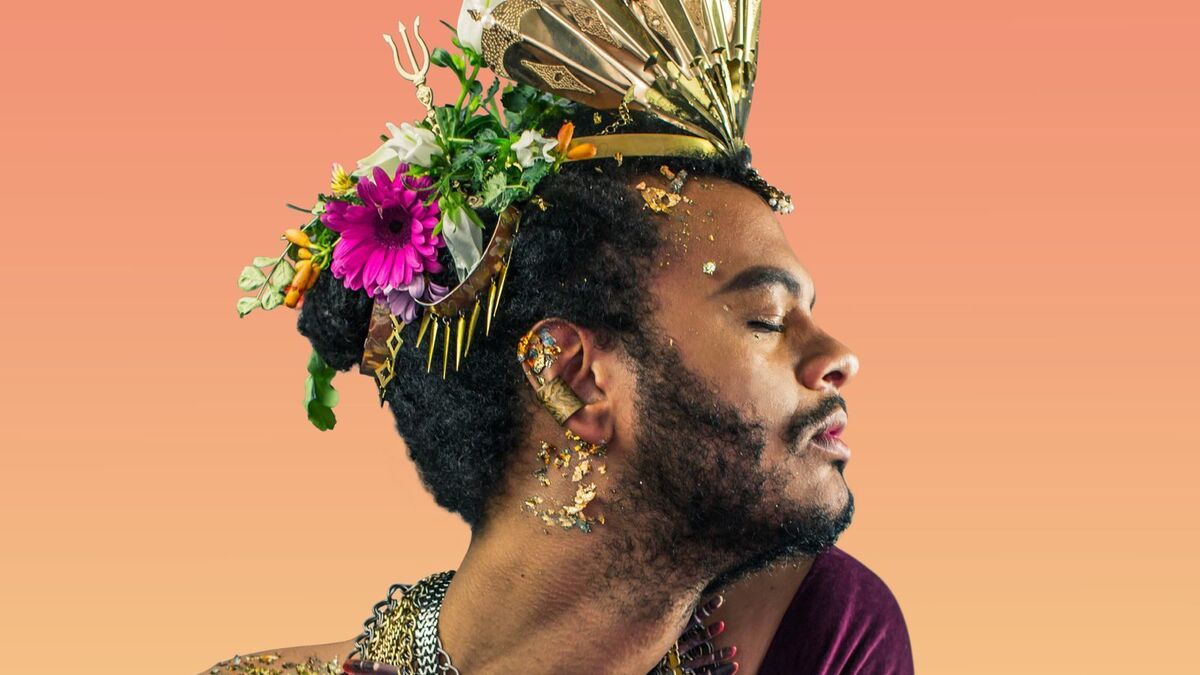 Jenny Wheat/Courtesy of the artist

Every month, we ask radio stations around the country one critical question: what's the one song you can't stop listening to? It takes weeks to cut the possibilities down to just ten songs and create the playlist below. From Texas to Nevada, Oregon to Tennessee and beyond, these are the songs public radio thinks you should hear.

A transformative shared experience with the listener is Calvin Arsenia's Holy Grail. A multi-instrumentalist, his signature instrument is the harp. What may seem like genre-hopping in his latest album, Cantaloupe, is actually Arsenia looking past the boundaries of his gospel background and classical training to find the most direct line of expression to inform our common struggles. "Headlights," the first single from Cantaloupe, is a post-break up song about maintaining a strong sense of self while dealing with loss. It moves us past the storybook expectations of love, but retains an addiction to romance, finding the difference between infatuation and love. As Calvin puts it, "Love sticks around." A rap coda from Jametatone and Arsenia's lyrical harp solo draw "Headlights" to its conclusion. This is beautiful music, with the capacity to create the shared immersive experience Arsenia reaches for. We are all the richer. —Jon Hart, The Bridge

Make no bones about it: I love, love, love Broncho. The band's songs are like little pieces of audio candy, too sweet and tasty to stop snacking on. The Tulsa band's latest album, Bad Behavior, is chock-full of fun power pop treats that could— and should— be used in all sorts of films and commercials. Take for instance the song "Big City Boys," a song so catchy that it sounds as if it's on a loop. The three-minute jam has frontman Ryan Lindsey breathlessly delivering lyrics over a pulsating bass line, while ethereal backing "oohs" weave in and out. It's all about the feel for me and this song had my head boppin' right away and mindlessly humming along. Give this one a little taste— I know you'll love Broncho too. —Ryan LaCroix, KOSU

What do they say about rolling stones gathering no moss? NPR Music Slingshot artist Liz Brasher has been rocking hard this year all over the place— on tour with Red Wanting Blue, The Psychedelic Furs, The Zombies, The Mavericks, and Blondie. That is one eclectic list, but then again, Brasher's music doesn't fit in a neat little box, either. She is in equal measure a gospel garage rocker, crooner, shouter, soul sister, guitar-slinger and girl group proponent. And she is a badass band leader for her power three-piece. Her vocals delight with punch, mystery and wonder, especially on stage. Her latest release, "Love Feasts," the first track from her forthcoming full-length album, Painted Image, due out on Jan. 18, 2019 (at last!) is definitely a WMOT favorite. —Jessie Scott, WMOT Roots Radio

The Queen of Funk Chaka Khan is back with her first new music in over a decade. "Like Sugar" was released back in June which is the first glimpse of her forthcoming, as-yet-titled album. Switch, a founding member of EDM trio Major Lazer, produced this song that makes you want to shake your thang on the dance floor. The track grooves to a fat, funky bassline and has a catchy hook, tight cuts, starts and stops conjuring up visions of '70s Soul Train dancers in your head. In fact, the music video does just that with the pop and lock dancers' smooth moves, looped edits and fashion throwbacks.

Ever since Elliott Smith broke out in the late '90s, Portland, Ore. has been a hotbed for indie folk troubadours. Laura Veirs, M. Ward, Laura Gibson, and, most recently, Haley Heynderickx have all found inspiration on the banks of the Willamette River. But Anna Tivel is perhaps the most underrated of them all. She's long been adept at writing arresting but sparse songs, anchored by vivid storytelling lyrics that showcase her uncanny ability to paint landscapes with words. Her latest single, "Fenceline," is no exception. The song is the first track released from Tivel's forthcoming album, The Question, due out April 2019. But with this record, her superb compositions have been elevated to new heights. With the help of producer and multi-instrumentalist Shane Leonard and engineer Brian Joseph (Bon Iver, Sufjan Stevens), Tivel has crafted a truly goosebump-inducing soundscape. —Jerad Walker, OBP

Too complicated and retro to be a single, "Cheers (feat. Q-Tip)" is still a triumph for Anderson .Paak. Here's a reincarnation of neo-soul magnificence born to attract diverse audiences. "Cheers" is an ideal example of how dispirit influences can congeal to form an enthralling hybrid. This dizzying, propulsive track might never fit completely under the strictest definitions of hip-hop or R&B, but represents the best aspects of both. Bar by bar, the song's sonic antecedents — slinky bass runs, punchy horn blasts, trademark chime glissandos, the Questlove-style drumbeat, a jazzy saxophone coda — do some aural world-building that is both oddly familiar and totally transformative.

To achieve this, .Paak didn't pilfer from a favorite 1970s funk ditty or recite from Maxwell's discography. Dr. Dre's patronage meant .Paak could rely on a dream team of producers – hit-making associates Focus and Andre Brissett, along with Q-Tip of A Tribe Called Quest and Dre himself — to birth this ultramodern creation.

On the mic, .Paak's rapping clearly recalls old-school Kanye West, but with a self-consciousness and sensuality that exceeds his teacher. And "Cheers" itself demonstrates that point. He is the artistic progeny of what's come before. This song is a passing of the baton. —David Hyland, WPR

In 2016, the affable and ever-prolific Old 97's frontman Rhett Miller opened up about his longtime battle with depression and an unsuccessful suicide attempt at 14. Going through the motions of life as a working musician — at home, on the road and in the studio — were already fixtures in Miller's oeuvre, in both the Old 97's and his solo ventures, but "Total Disaster," the opening track from Miller's eighth solo album, The Messenger, couldn't be a better preamble for what feels like his most confessional work to date.

"Total Disaster" debunks any assumptions that Miller's easygoing, self-deprecating lyrical turns are, in a sense, going through any motions themselves. Miller's reflection emerge from a deeply personal and genuine place, and the "Aha!" moment here is the revelation that there's zero shame in baring our scars. —Gini Mascorro, KXT

Adia Victoria is a wonderful blend of Southern Gothic and the blues. A great example of this blend is her latest song, "Dope Queen Blues." Victoria admits to writing the song in her early twenties. Now 32, she has finally crafted the song into something special. Capturing the spirit of living for today and with no worries about tomorrow, Victoria puts herself back in her 20-year-old body, not in a nostalgic way but in a manner of a writer with something to share. When she sings, "It's a culmination of my rumination" the words are so drawn out you are forced to listen to her. Adding a haunting piano from The National's Aaron Dessner (who also produced the record), Victoria creates an environment both compelling and spooky. Like any good storyteller, Victoria leaves us wanting more. If "Dope Queen Blues" is a sign of what her upcoming album Silences brings, I can't wait to hear more. —Benji McPhail, Colorado Sound

Both of my grandmothers played piano in church, so a line like "I miss the old hymns," from the second verse of Mandolin Orange's gorgeous new song "Golden Embers," hits close to home: "Like notes on the pages, she breathed life into all things."

The video, directed by Josh Sliffe, will be touching to anyone that's ever experienced the confusing turbulence of loss and faced the challenge of transitioning painful mourning into precious memories. The visual effect is fortified through masterful use of light where every hotel lamp, beam of sunlight and campfire spark is as important as the simplistically powerful lyrics. The sparse acoustic instrumentation and glowing harmony of the group's catalog are intact while the mid-song instrumental passage enhances deepens the emotion with staccato strings, percussion and electric guitar.

This North Carolina duo of singer-songwriter Andrew Marlin and multi-instrumentalist Emily Frantz will make its fourth appearance on Mountain Stage since 2013 early next year with songs from their upcoming project Tides Of A Teardrop. —Adam Harris, Mountain Stage

Molly Burch, "To The Boys"

Building on generations of country crooning, Austin's Molly Burch kicks up a sanguine mix of modern sensibilities and traditional Western songwriting. Originally from Los Angeles, Burch took a bold step in relocating to the Lone Star State and releasing her 2017 heartbreak-influenced debut album, Please Be Mine. After that, it didn't take much for locals (and many far beyond) to fall in love with her reverb-laden mixes, effortless vocals and lyrics that alternate between all-too-real and just plain blasé.

This past October, Burch shared her sophomore full-length, First Flower, an intimate arrangement of originals that sound like a blend between Angel Olsen and Patsy Cline, with Molly's matured discipline to match. First Flower's lead single instantly won us over here at KUTX, and as far as mediocrity goes? Well, you can leave that to the boys. —Jack Anderson, KUTX

This playlist is updated monthly.