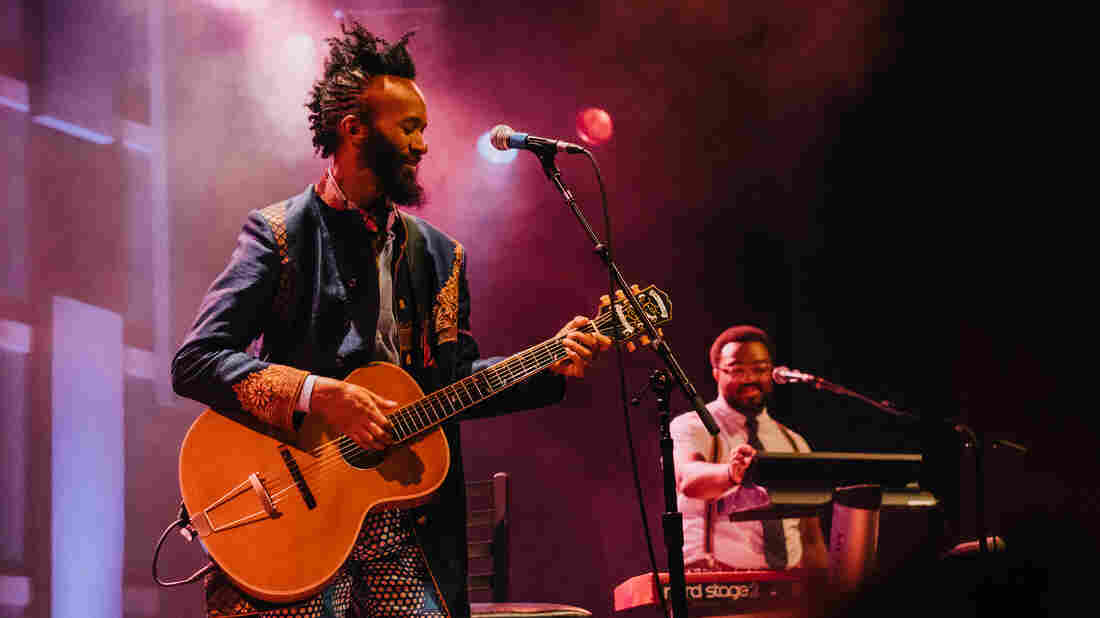 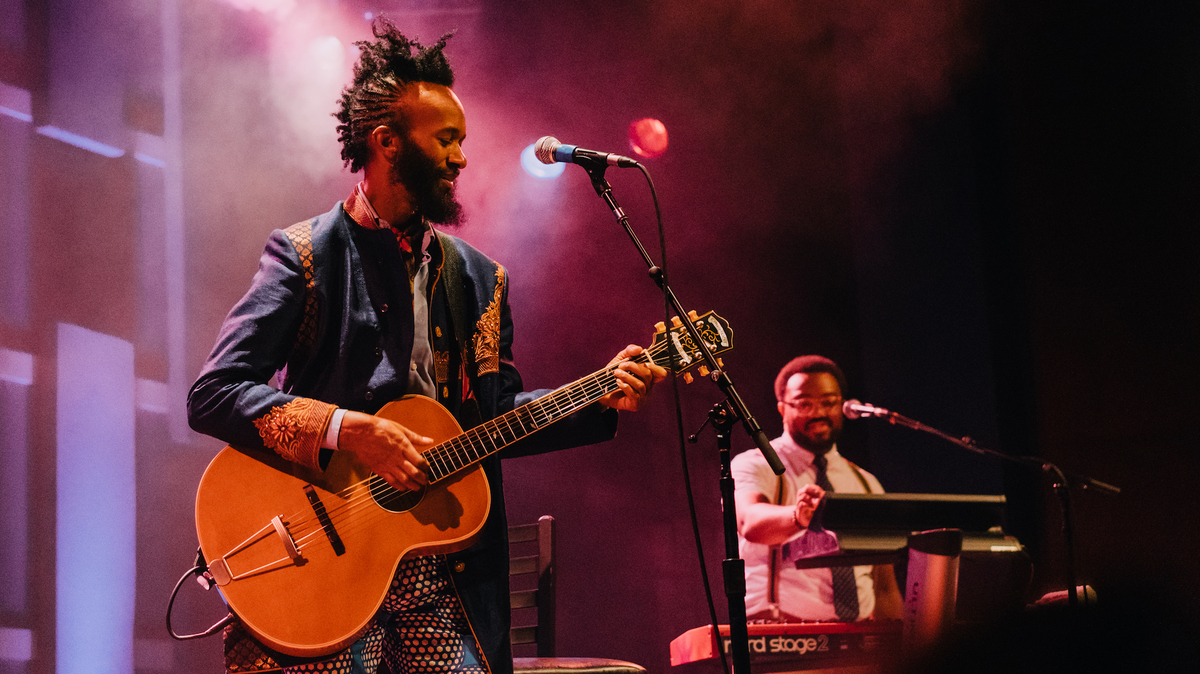 There is nothing subtle about Fantastic Negrito. When he came in to World Cafe, he was wearing this loud, funky, royal purple and gold-embroidered jacket, his hair was braided on the sides with this explosive shock of Mohawk. And where most of our guests sign our wall of fame with one Sharpie in some small spot that hasn't already been taken up, Fantastic Negrito used two Sharpies and in big huge writing made sure we'd always know he was here.

Fantastic Negrito wants to be seen. He wants to stimulate conversation (as he explains, his chosen artist name is part of that.) And he wants to be heard. On his latest album, Please Don't Be Dead, which was recently nominated for a Grammy Award for Best Contemporary Blues Album, he ignites and electrifies the blues to tackle addiction, poverty, racism and gun violence.

Fantastic Negrito Returns, With Arrows Aimed At A Culture That's 'Lost Its Way'

Fantastic Negrito's own life story involves growing up in the '70s with a strict Muslim father in New England as number eight of 14 kids. After his family moved to California, he ran away from home at 12 years old and taught himself to play music by sneaking into practice rooms at UC Berkeley. He eventually scored a million-dollar record deal that fell through and nearly died in a car accident that put him in a three-week coma and almost destroyed his right hand.

We first learned of Fantastic Negrito when he won NPR Music's inaugural Tiny Desk Contest in 2015, and were blown away by his gripping story and thrilling performance in this session. Listen in the player above.