Accessibility links
'Rip It Up': A Tour Through Scottish Pop History : World Cafe World Cafe went on a tour of the National Museum of Scotland's exhibition dedicated to Scottish pop music with the man who wrote the book on it, BBC Radio Scotland host Vic Galloway.

'Rip It Up': A Tour Through Scottish Pop History 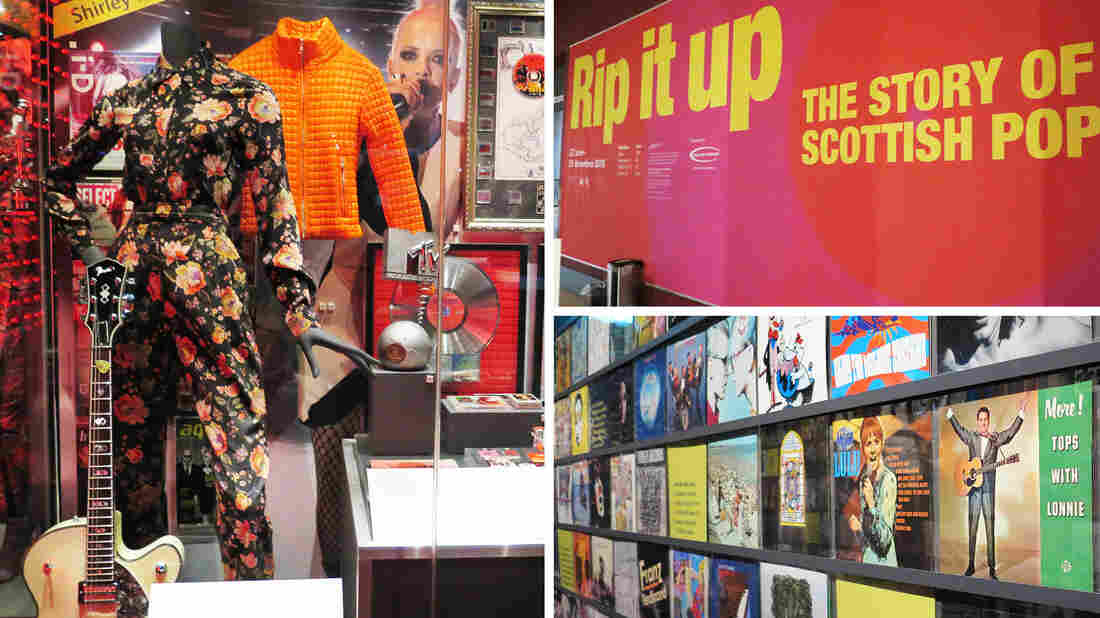 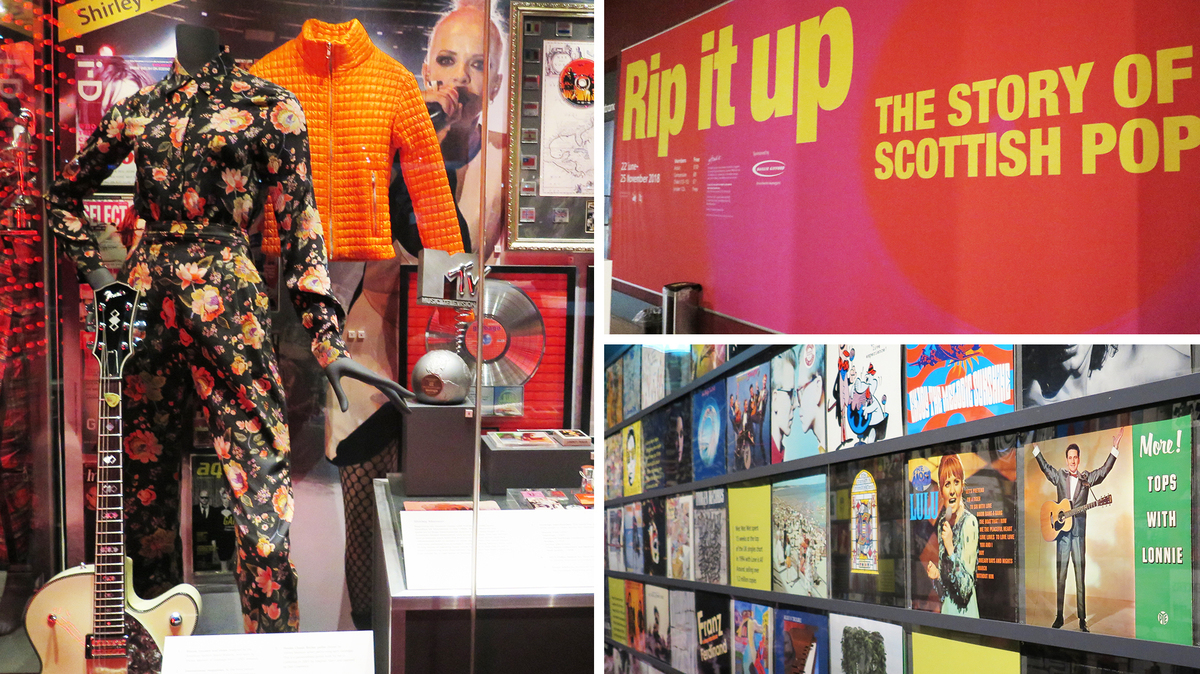 Scenes from the National Museum of Scotland's exhibition dedicated to Scottish pop music.

When World Cafe went to Edinburgh, Scotland as part of Sense of Place series this past fall, the National Museum of Scotland was showing the first major exhibition dedicated to Scottish pop music. The exhibit, which ran until the end of November 2018 was, was chock-full of treasures, some on loan from private collections and some from the artists themselves. There were tartan suits worn by KT Tunstall and Annie Lennox, guitars owned by Gerry Rafferty and The Proclaimers, Shirley Manson's puffy orange coat and Garbage guitar picks, Bay City Rollers' 1976 tour program, jumpsuits worn by The Beta Band and The Rezillos and a whole lot more.

For our visit, we got the best tour guide we could find — Vic Galloway. Galloway's born and raised in Scotland and is a beloved host and DJ for BBC Radio Scotland. He's a veritable encyclopedia of musical knowledge who wrote the book that accompanies this exhibit.

We examined Scotland's role in the birth of indie music and the impact of some of its most famous exports, and we listened to a ton of fun music from Scotland's rich pop canon. Come along for the ride.