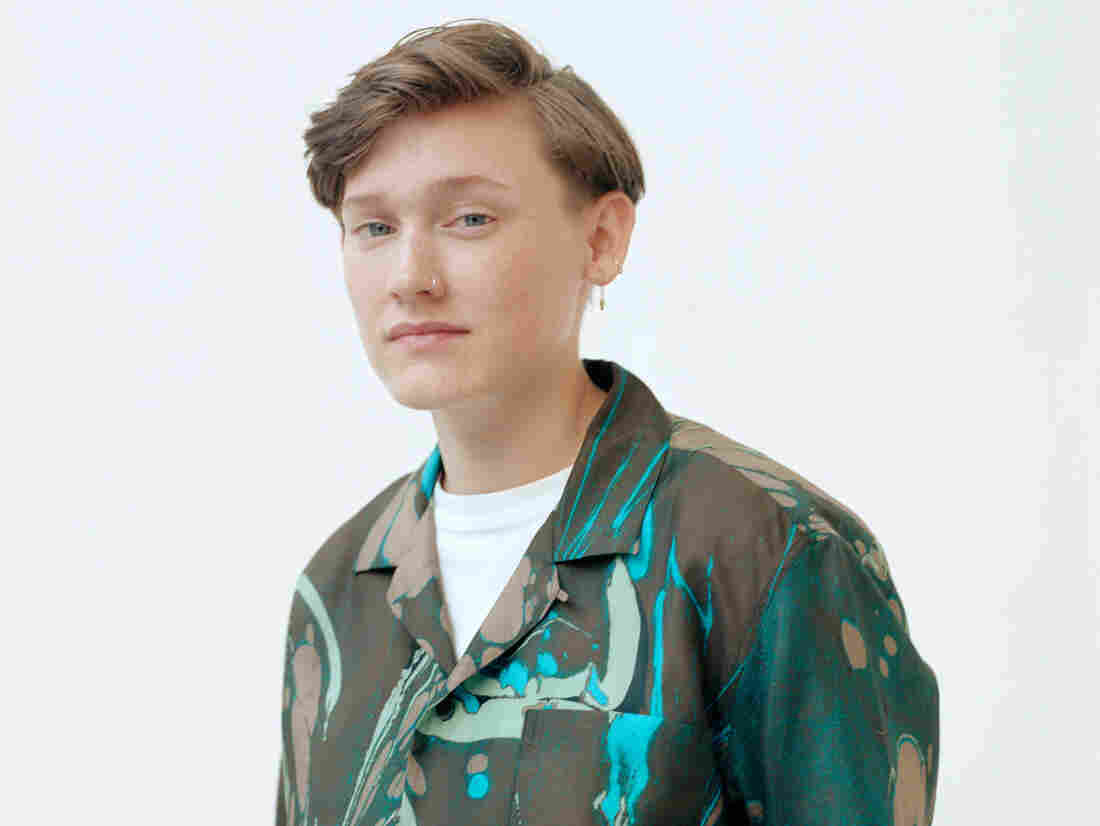 In this month's Heavy Rotation, a pop-meets-pensive bop from SOAK illuminates under a disco ball. Ellius Grace/Chromatic Publicity hide caption 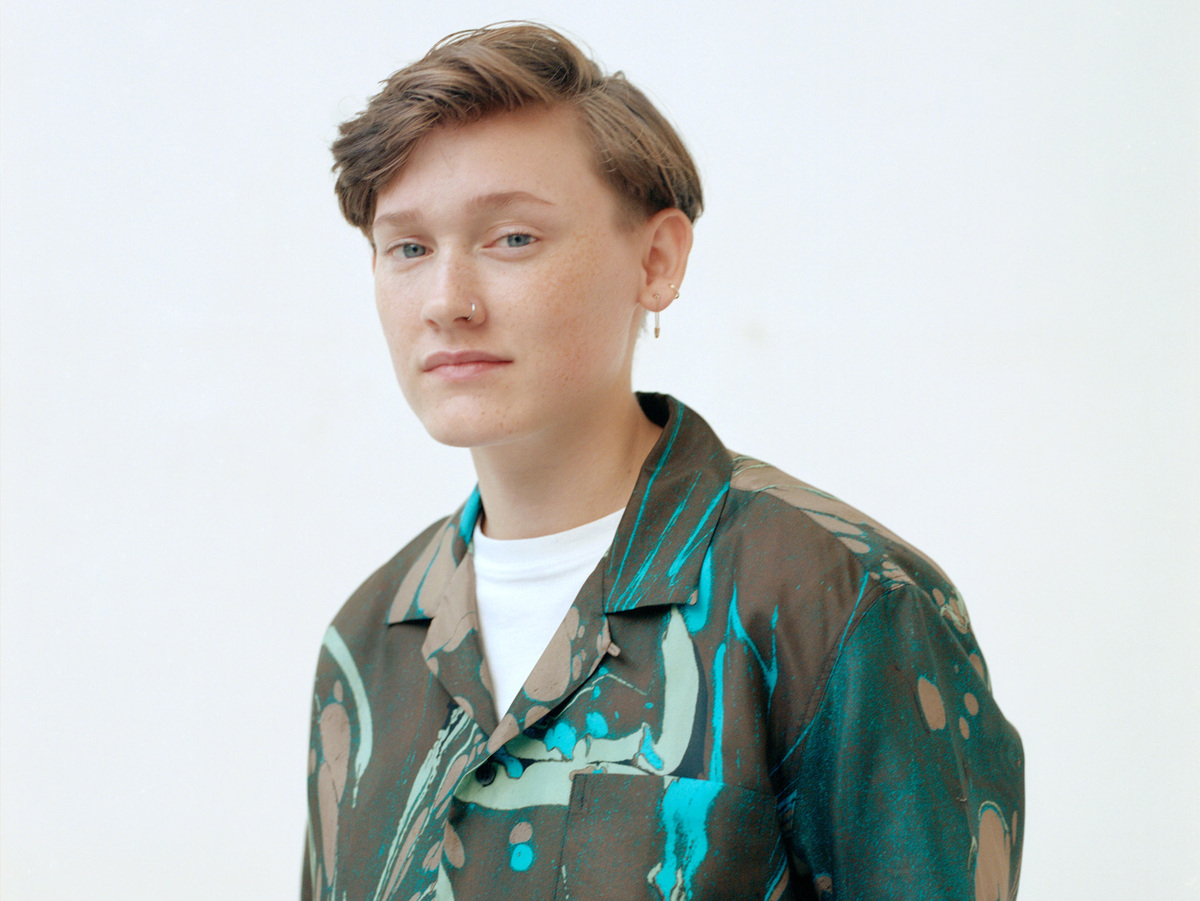 In this month's Heavy Rotation, a pop-meets-pensive bop from SOAK illuminates under a disco ball.

As winter departs and springtime begins, Heavy Rotation returns to spotlight a collection of songs by fresh artists, selected by public radio DJs across the country.

This month on Heavy Rotation, hear SOAK's disco-ball beat that won't quit, Faye Webster's vacation breeze of a song that explores the many facets of feeling alone, a raspy battle cry from Mavis Staples and a live SXSW session from BAILEN, best heard down by the creekside and out in the awakened sun.

Inspired by psychedelia and Turkish folk music, bassist Jasper Verhulst founded the Dutch/Turkish world music collective Altin Gün several years ago. Self-described as "a folk band who play traditional standards," the six-piece reinterprets lesser-known Anatolian rock and folk songs. Following its 2018 debut album, On, the band returns with a new collection, Gece, on April 26. Search on YouTube for the title of Altin Gün's first single from its forthcoming album — "Süpürgesi Yoncadan" — and you'll find numerous versions, all with mesmerizing string and rhythmic arrangements.

In almost every version of the song, the traditional elements play together in service of the song's strong melody, but Altin Gün brings new and exuberant light to its version. Sung entirely in Turkish, the song — about falling for someone unexpectedly and unrequited love — is given a disco drum-machine treatment, with the band exchanging traditional strings for sinewy synth lines. Like "Popcorn" blasting out of a Turkish market, Altin Gün's groovy globalism is infectious. — Bruce Warren, WXPN

Bridie Monds-Watson was just 18 when her Mercury Prize-nominated debut came out, released under the alias SOAK. Four years later, with her sophomore album, Grim Town, on the way in April, she's seen it all — over and over again. In the new single "Déjà Vu," SOAK gives us disenchantment under a disco ball, with lyrics that say "This again?" but a beat that won't quit. Taking us to that perfect place where pop meets pensiveness, "Déjà Vu" lets us dance it out while soaking in the disappointment of repeated behaviors. When you're tired of the same old letdowns and patterns, this is the end-of-the-line apathy anthem to help you walk away. — Jessi Whitten, Colorado Public Radio

Weyes Blood's Natalie Mering is a big thinker. In "Everyday," she's thinking bigger than anyone.

For the song, and album, she has enlisted Jonathan Rado. Rado is one half of Foxygen and has produced albums for Father John Misty, Whitney and Alex Cameron. Left to his own devices he can rival Brian Wilson in the studio: On Foxygen's last album he conducted a 40-plus-piece symphony orchestra for every song. People simply don't make music like this anymore.

Together, Mering and Rado never allow the song to stop; it's a perpetual motion machine, an entire play in one act. You can almost feel her walking towards the footlights, chin held up, unfurling her arms as the chorus of "Everyday" rings out towards the balcony. We're throwing roses on the stage. If you're gonna go big, go Weyes Blood big. — Justin Barney, Radio Milwaukee

The artist Clembutt has (thankfully) evolved into the band Cherry Glazerr, a three-piece band based in Los Angeles. Now at the ripe age of 22, Clementine Creevy is rejoined by drummer Tabor Allen and bassist Devin O'Brien. (Synth player Sasami Ashworth left to pursue her solo project, Sasami.) They're officially off to the races with "Wasted Nun," the lead single from the new album Stuffed & Ready.

Anchored in feminism, "Wasted Nun" gives the middle finger to princess pop with a pulsating, in your face anthem from a young woman who, since the age of 15, has had a lot to say about the world around her and how women fit in. Creevy has one basic desire: She wants to play good music all the time. From what we've heard, she's nailed it. — Malayna & Gia & Dave, NV89

Mahawam cuts deep with "Michelle Pfeiffer," a nimbly rapped meditation on a life-altering HIV diagnosis. With an airy beat and densely packed verses, the frantic track gives a snapshot of a substance-fueled downward spiral as Mahawam tries to make sense of life going forward while haunted by the prospect of "imminent death." Mahawam, who was a poet before becoming a rapper, reaches into the recesses of their anxiety and pulls out heartbreaking gems like "That feeling that grabs you when you drive by a hearse / Is how you feel around me, and I do not rehearse it." They temper their jarring confessions with raunchy punchlines, offering bits of comic relief before plunging the listener back into their stark reality. — Nastia Voynovskaya, KQED

Faye Webster has built a remarkable catalog from her Americana roots and ties to Atlanta's hip-hop scene, and her ability to examine all sides of duality and devotion has not gone unnoticed. "Room Temperature," the single from her new album, Atlanta Millionaires Club, pairs soft vocals and pedal steel to create a breezy and open atmosphere with plenty of room to explore the narrow spaces of lonesomeness.

As Webster sings "I should get out more" over and over, she materializes a mantra to support the need to socialize when you want to be alone. The outcome is vulnerable and a brave exercise in reconciling with solitude. "I have a lot of trouble with trying not to write about romance," Webster explains in a press release. "This song is so special to me and I love it so much because I'm not writing for anybody other than me." Atlanta Millionaires Club is due out May 24. — Stacy Buchanan, WGBH

Ibibio Sound Machine kicked off KEXP's 16-band live broadcast from Studio 9294 in London for February's International Clash Day, and set the bar high. Led by London-born Nigerian vocalist Eno Williams, Ibibio Sound Machine is a high-energy eight-piece that blends Afrobeat, funk, post-punk, '80s electro-pop, disco and more into an irresistible instant dance party. On "Tell Me," from the band's new album, Doko Mien, Williams sings in a mix of English and the native language of the Ibibio people of Nigeria. With propulsive disco rhythms, funky bass-in-your-face that would make Bootsy Collins proud, an edgy synth line that would be at home on a Chemical Brothers album and punchy, feel-good brass blasts, this mélange of languages and musical styles is a celebration of global a go-go, worthy of Joe Strummer. — Kevin Cole, KEXP

Mavis Staples has built a life on singing about what is right. She started as a teenager with her family as The Staple Singers, marching alongside Martin Luther King Jr., fighting for civil rights. As she approaches her 80th birthday she's still singing to change the world, and with this new song, "Change," she is as direct as ever. In her own words, "I was there, and I'm still here. I'm on the battlefield, and I'm fighting. And I won't stop. Every concert that I do today, I'm still singing freedom songs."

"Change" opens Staples' new album, We Get By, featuring songs written for her by Ben Harper. Harper's conscious, expressive writing and thoughtful production capture her at this moment in time, as she offers up love and hope during a politically divided era. There's a grittiness to the song, thanks to longtime guitarist Rick Holmstrom and Staples' commanding vocal. Her voice has never sounded better, and she's seemingly tireless: She's spent her 70s working with Jeff Tweedy, Hozier, Damon Albarn and Arcade Fire. — Rita Houston, WFUV

BAILEN, "I Was Wrong"

In a song all about listening to others and cultivating unity through conversation, BAILEN's "I Was Wrong" balances tender harmonies with a vulnerability and trust years in the making. The New York siblings — twins David and Daniel and their younger sister Julia — were born to classically trained musicians who gifted them music lessons pretty much as they exited the womb and sent them to summer camps at the Met Opera to cultivate their powerful voices in those hallowed halls. In this session, they perform a stripped-down version of the "I Was Wrong" in Austin, Texas during SXSW, tossing and returning harmonies with practiced precision. — Jade, DJ at The Current

St. Louis is a working class town, full of fast-living, hard-partying people. Yola's "Love All Night (Work All Day)," with its Muscle Shoals arrangements and classic country songwriting, feels like an anthem for the city. With warmer temperatures finally arriving, it's perfect for the daily commute home — the car windows rolled down and the stereo cranked up. We are spinning the song for all the folks clocking out, ready to unwind and reconnect with someone special. — KE Luther, KDHX