Accessibility links
The Evolution Of Tank And The Bangas' Unique Voice : World Cafe Lead singer Tarriona "Tank" Ball talks about how she honed the unique roster of character voices she uses in her music.

Tank & The Bangas On World Cafe

The Evolution Of Tank And The Bangas' Unique Voice

Tank & The Bangas On World Cafe 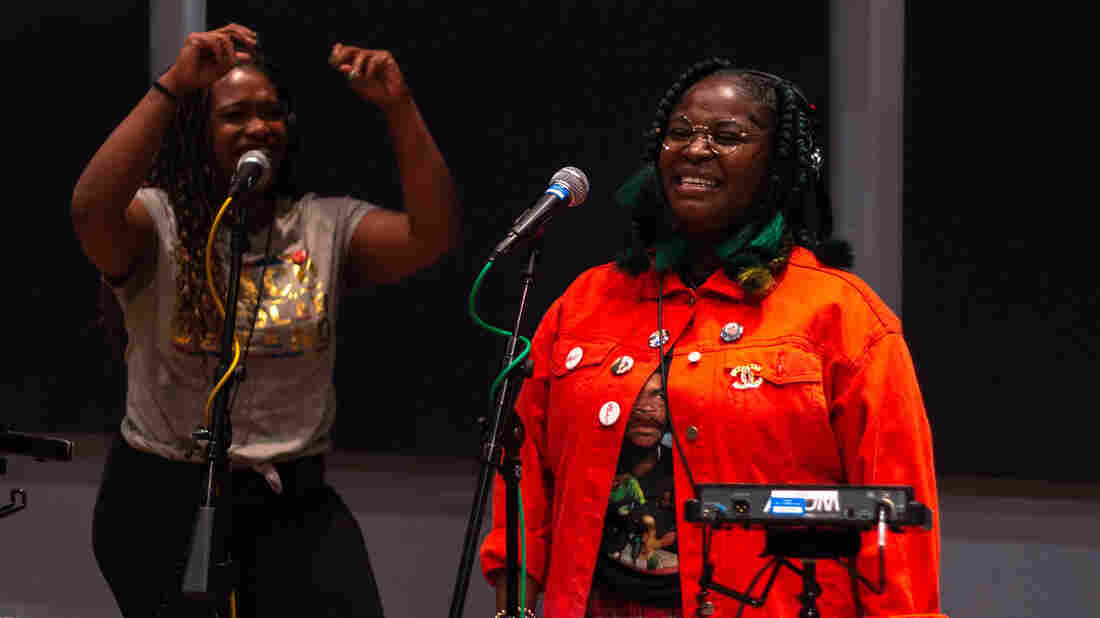 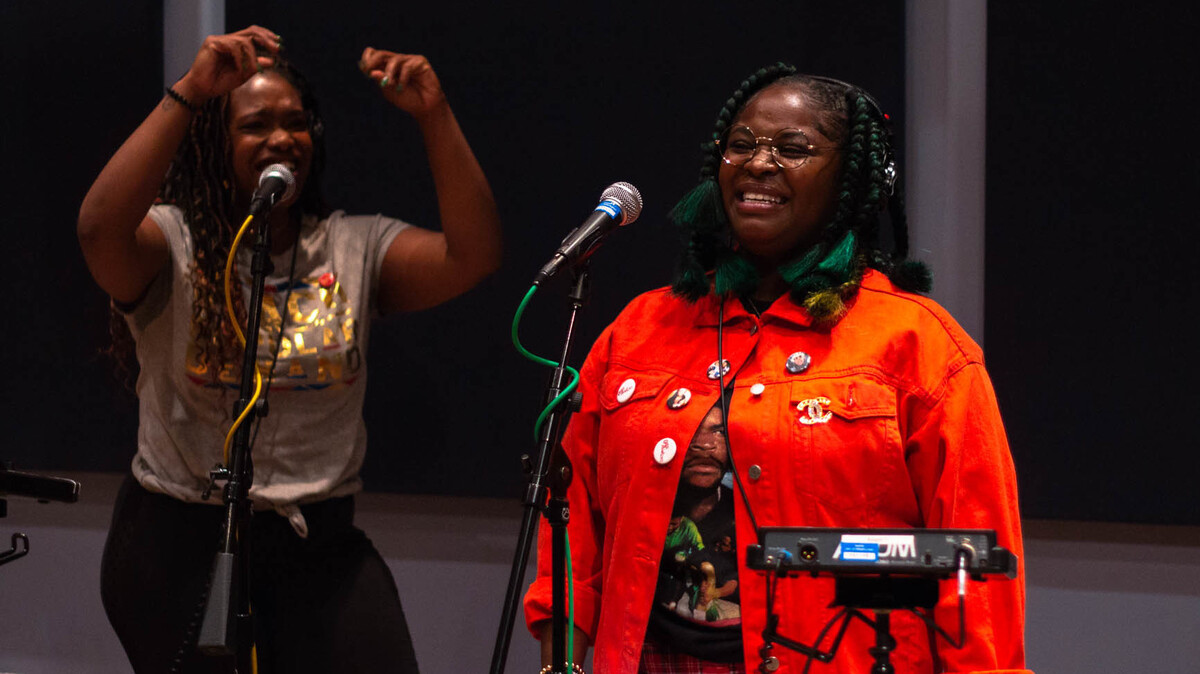 Tank and the Bangas inside the World Cafe Performance Studio

I'll never forget the thrill of watching Tank and the Bangas' submission to NPR Music's 2017 Tiny Desk Contest for the first time. The band leapt off the screen as joy and creativity personified and won as a unanimous favorite and it's been a joy to watch their star rise ever since.

Tank and the Bangas recently made its TV debut on The Tonight Show Starring Jimmy Fallon, an experience Tank told me she manifested years ago when she was performing on that same stage as a backup singer for Norah Jones. Tank told me about growing up on Music St. in the 8th Ward of New Orleans, and how an affinity for playing with dolls helped hone the unique roster of character voices she uses in her music. She also talked about her early days in the slam poetry scene, and shared a moving piece of a reading about the generational effects of sexual abuse. And, the whole band performed songs from its latest album, Green Balloon. Listen in the player.