Accessibility links
10 Songs Public Radio Can't Stop Playing: Lillie Mae, Saweetie, Mark Ronson : World Cafe There are some new-comers on the music scene, and our NPR Music member stations have curated a list of some highlights for your playlists. 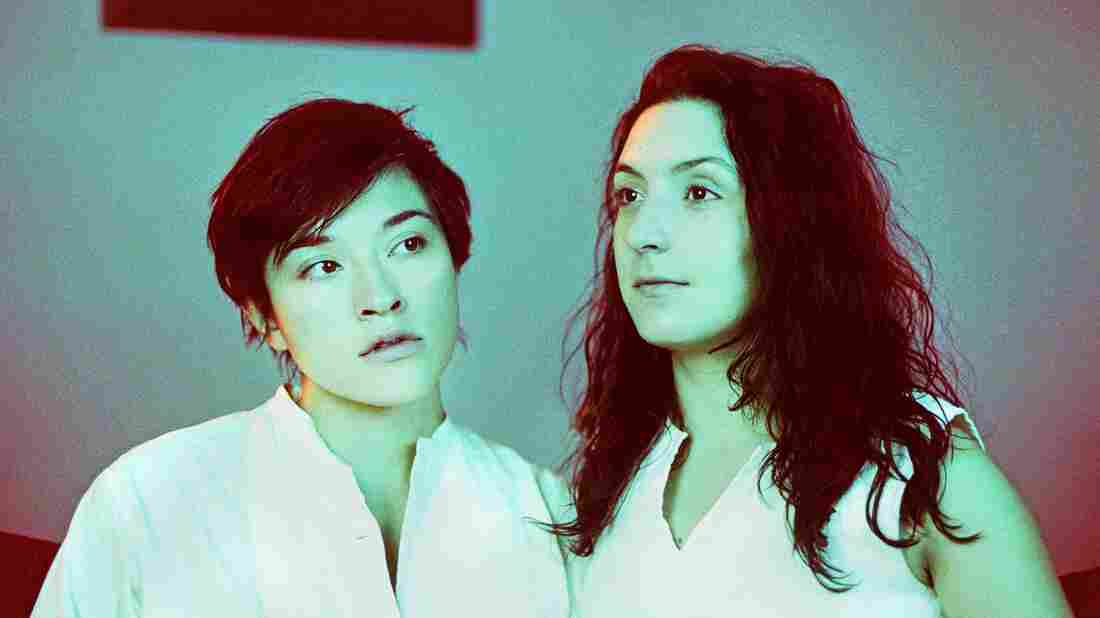 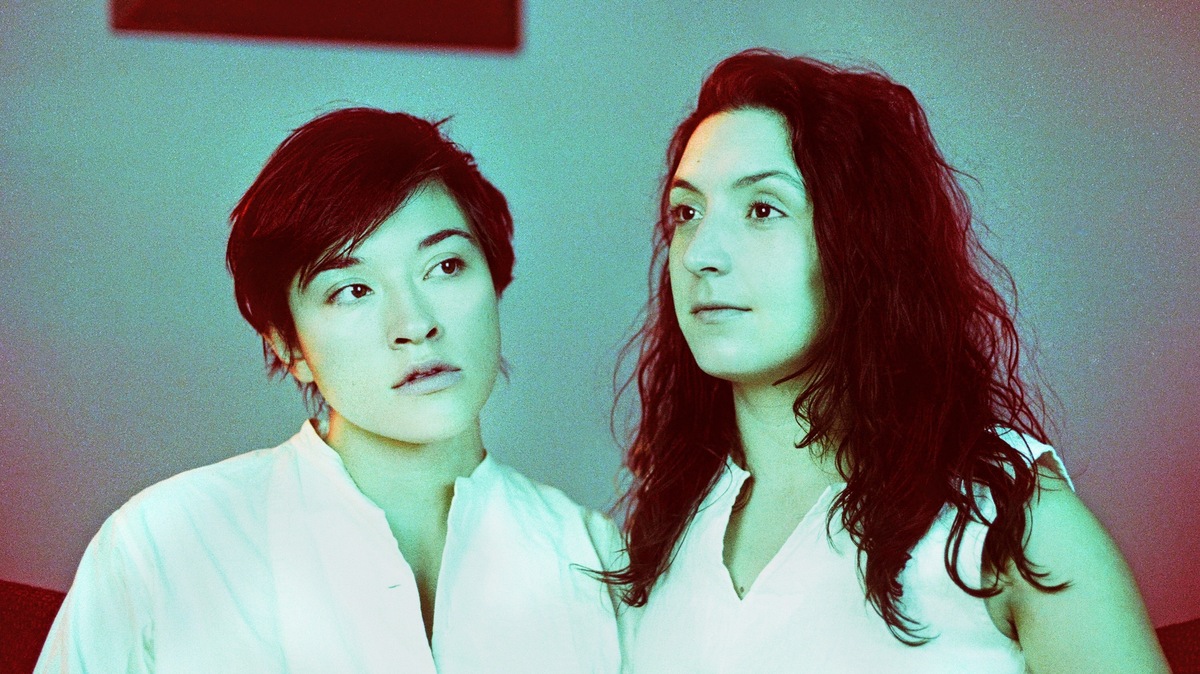 Maren Celest/Courtesy of the artist

Each month, Heavy Rotation elevates new music and artists to reach a wider audience. For this installment, there is quite a unique variety of music ranging from jazz and pop to experimental punk and trap music. Whatever your preference may be, enjoy exploring some of these songs these picks from our NPR Public Radio Member Station, featuring an exciting cohort or artists. — Maya Eaglin

When clarinetist Anat Cohen points her instrument toward the sky, what comes could be a Benny Goodman tribute, a Fats Waller reimagining, a Brazilian folk melody, some Johnny Griffin bebop, or one of many originals borne from her own musical DNA. Her new tentet album, Triple Helix, features a three-part concerto by composer Oded Lev-Ari, building on a friendship going back to their high school years in Tel Aviv, Israel. But this track, "Footsteps & Smiles," is a Cohen original — a showcase for some confident, even downright incendiary playing. — Gary Walker, WBGO

Jesca Hoop, "Free of the Feeling"

Like some lost passage from Beowulf, "Free of the Feeling" brings to mind images of an ancient group, setting out to establish a ritual site. Jesca Hoop leads them with an earthy, mysterious march. The gentle cadence and sparse instrumentation holds all through the piece even as the energy builds and intensifies. I can't say Hoop intended any of this, but "Free of the Feeling" whips up quite a short story for me. If you want to conjure spirits, play it loud and on nice speakers. — Nick Brunner, Capitol Public Radio

Lillie Mae, "You've Got Other Girls for That"

Lillie Mae has been waiting in the wings seemingly her whole life. She started playing as a child and toured with her family band while in her teens. As Jypsi, she and her siblings signed a record deal which yielded a Top 40 hit. In 2017, Jack White's Third Man Records released her debut, and album No. 2, Other Girls, is about to street, produced by red hot Dave Cobb. Lillie Mae is possessed of an amazing facility, grounded in bluegrass, old timey and stringed instrument music, but this project surpasses any expectations. The first single, "You've Got Other Girls for That" soars and rips through one's psyche and takes you to a land of mystery and grace. — Jessie Scott, WMOT

For someone who's known for doing a full band's work load on all on their own, Tash Sultana sure works well with others — as shown in the new collaboration with fellow Australian singer-songwriter Matt Corby. The two got together after Corby sent Sultana a song after it didn't make the cut on his 2018 album Rainbow Valley, asking for finishing touches. An additional verse and some new guitar parts led to the version of "Talk it Out" out now. The track is warm and breezy with throwback horns, a sexy R&B bass-line and back-and-forth vocals just as chill as a game of catch in the park. A summer song for shady days. — Jessi Whitten, Colorado Public Radio

If Mark Ronson's 2015 Uptown Special was a celebration of righteous soul through '80s funk (leading with the Bruno Mars-assisted song-of-the-summer "Uptown Funk"), Ronson's 2019 follow-up Late Night Feelings harnesses the power of "sad bangers" with '70s disco, synth and strings. Thanks to the yearning dream-pop vocals from Swedish starlet Lykke Li, "Late Night Feelings" transforms the inherent sadness of a broken heart and transforms it into a glittering, grooving disco ball of solace and self-love. — Joni Deutsch, WFAE

Ohmme, "Give Me Back My Man"

Sima Cunningham and Macie Stewart of Ohmme flexed their muscles with their 2018 debut Parts. The album showcased an expert understanding of their tools and a fondness for pushing the sonic envelope. They raised the bar with their cover of The B-52s' song "Give Me Back My Man." Cunningham and Stewart recharge the song by adding their mind-bending vocals and guitar experiments to its already unique aesthetic. The outcome is audacious and inventive, a version that is distinctly their own. But make no mistake, when you look into its eyes you can see the quirky spirit of the original. — Stacy Buchanan, WGBH

Rayland Baxter, "Objects in the Mirror"

Rayland Baxter's new EP, Good Mmornin, is a tribute to rapper Mac Miller, who died of an accidental drug overdose in September of 2018. Baxter became a fan of the rapper in 2016 when performing at the Okeechobee Music Festival. Having stumbled onto Miller's set, he was instantly drawn to the rapper's music. All seven of the songs on the EP are covers of Miller's songs. His version of "Objects in the Mirror," originally on Miller's 2013 album Watching Movies with the Sound Off, revels in the simmering, warm vibe of the original. As the yearning love song moves along, the band — featuring drummer Eric Slick and guitarist Aaron Embry — turn the energy up in a way that pushes the song into their own creative space, while still paying tribute to its original creator. — Bruce Warren, WXPN

When Saweetie's "Icy Grl" did numbers last year, some "serious" rap fans rolled their eyes. Hot 97 host Ebro Darden asked her if she's a "rapper-rapper, or a pretty girl who raps a little bit?" The question reeked of misogyny, and so did the scene's quick dismissal of the rising star. But Saweetie proved not to be a one-hit wonder with "My Type," a rowdy summer anthem about her liking for the finer things — including a well-endowed guy who can provide them. The sex-positive track fits cozily on a playlist alongside Megan Thee Stallion and City Girls, fellow artists who put women's pleasure first. — Nastia Voynovskaya, KQED

Sleater-Kinney breaks the mold of its earlier work with "Hurry on Home" from The Center Won't Hold, the forthcoming album produced by Annie Clark (St. Vincent). Driving, sultry and raw — it rocks. Unfortunately, Janet Weiss left the band in early July, leaving Carrie Brownstein and Corin Tucker to tour without her propulsive drumming. But reinvention has always been at the heart of Sleater-Kinney and, with this change, the band sets the stage for even more artistic opportunities to come. — Jon Hart, The Bridge 909

The Teskey Brothers, "So Caught Up"

Best of luck finding a sweeter, more soulful shade of the blues than "So Caught Up," the gateway introductory track for Melbourne, Australia's newest export, the Teskey Brothers. Eleven years and two albums in, this foursome – founded by actual brothers Josh and Sam – merely re-polishes the diamond and gives their vintage vibe an ultra-modern feel that'll soothe your summer psyche and complement your August playlist. — Gini Mascorro, KXT