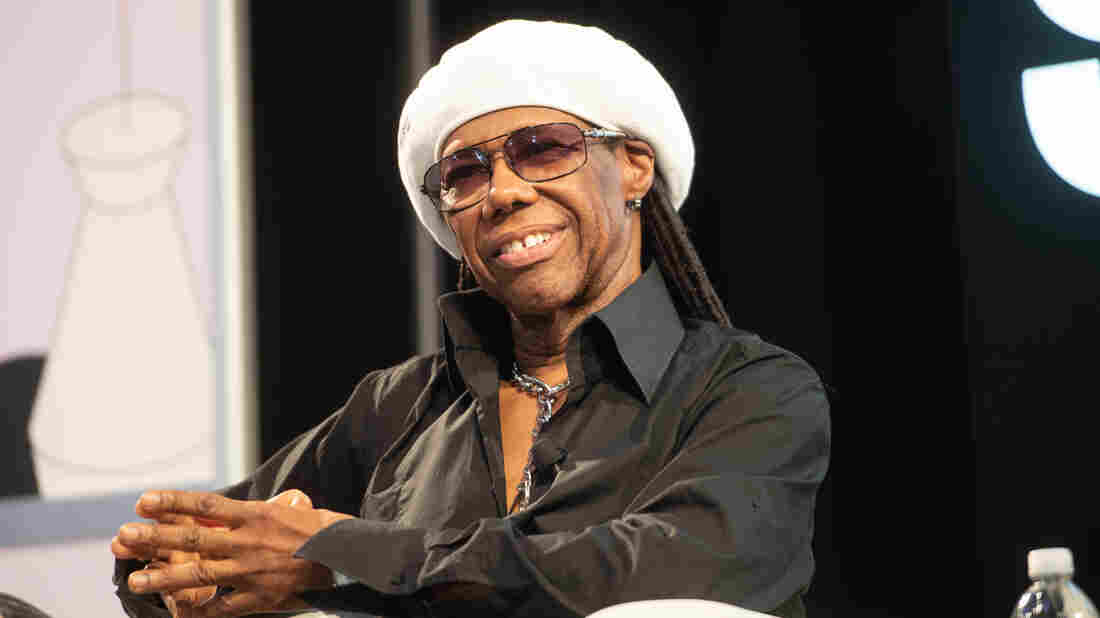 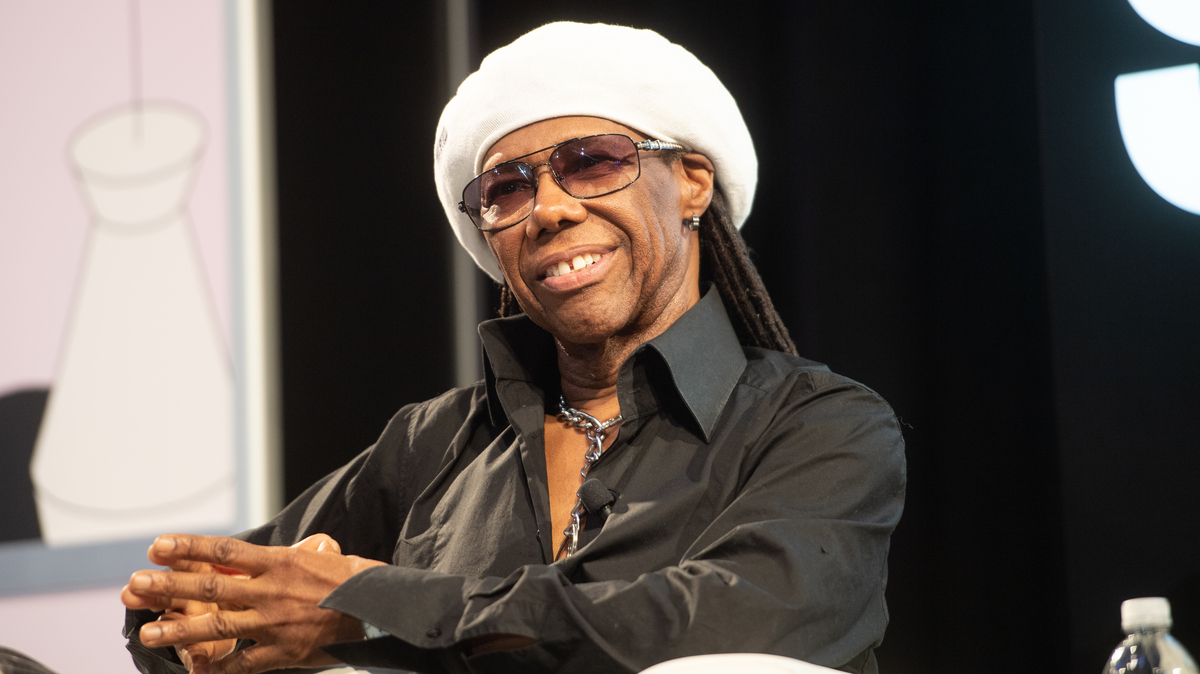 Nile Rodgers speaks onstage during the 2019 SXSW Conference and Festivals in Austin, Texas. The soul and disco legend spoke with World Cafe host Talia Schlanger while in London.

Nile Rodgers doesn't just enter a room, he glows into it. When we met up at Abbey Road Studios in London, where he is currently the Chief Creative Advisor, he was in between tour dates with CHIC and Cher that extend through the end of the year and he was vibrating with a life force as engaging and relentless as the chugging guitar he's played on some of disco's greatest hits.

Calling Rodgers a producer, musician and writer would be like calling Studio 54 a venue. Rodgers and his late collaborator and CHIC band mate Bernard Edwards defined an entire era with huge smashes like "Good Times" and "Le Freak." They wrote "We Are Family" for Sister Sledge and "I'm Coming Out" for Diana Ross. Rodgers produced Madonna's Like a Virgin album and wrote and played on "Get Lucky" with Daft Punk alongside Pharrell Williams. His latest solo album, It's About Time, features cameos by Lady Gaga, Elton John and rings out with the kind of party spirit that's made his music a dance floor staple for four decades.

In this session, Rodgers tells the wild story of completely transforming David Bowie's original idea for a song called "Let's Dance" into the massive 1983 hit we know. He also plays us the very rare demo of the first time Bowie ever sang "Let's Dance" with a full band to Rodgers' new arrangement. Plus, Rodgers reflects on the night he almost died of a bad reaction to cocaine and shares what it's been like to have a hand in so many hits. Listen in the player.