Accessibility links
Ibeyi's Voices Rise Up : World Cafe The sisters share how their Yoruban traditions have shaped the people they become. 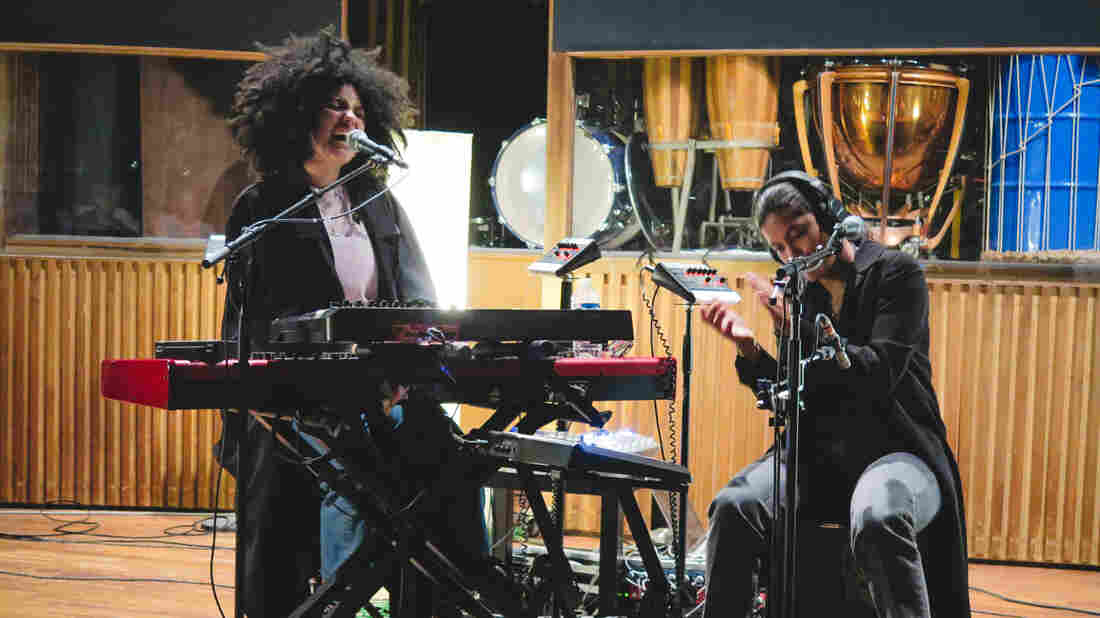 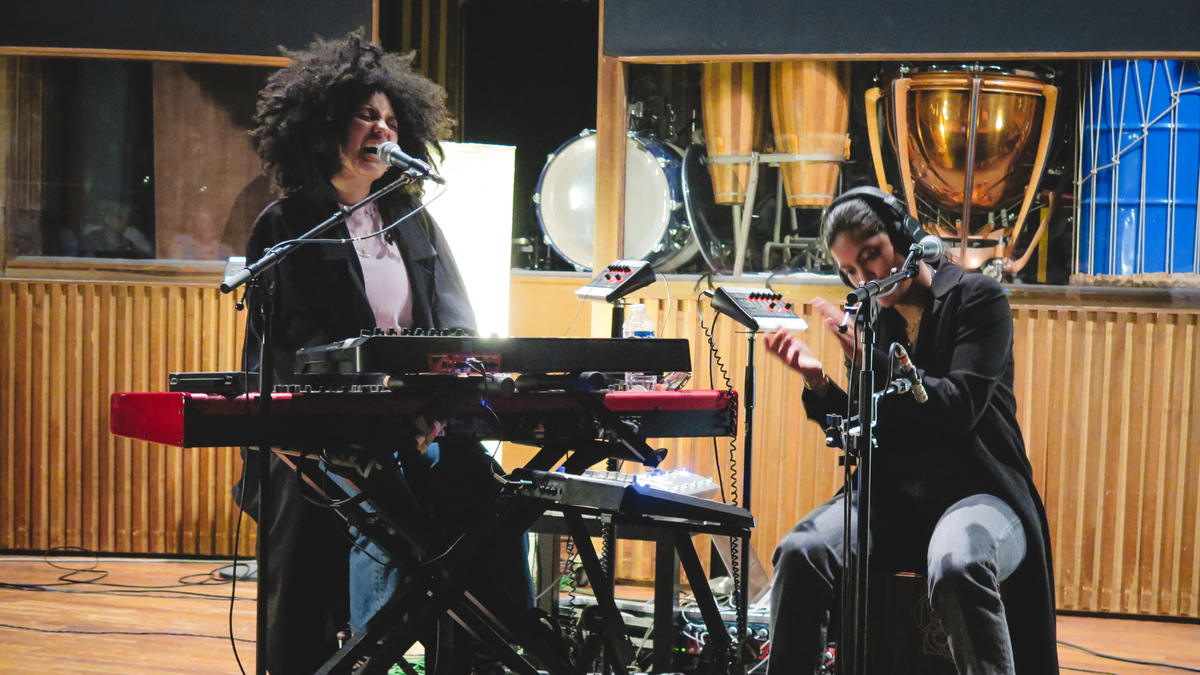 Lisa-Kaindé Díaz and Naomi Díaz are twin sisters who make music as Ibeyi. Growing up, the twin sisters split their time between Cuba and France. The music they make now delivers West-African and Afro-Cuban influence through an electronic filter you can feel deeply in your bones, and the blend between their voices is nothing short of spectacular. They sing mostly in the language Yoruba, which is also a system of beliefs and religion into which both sisters were initiated into when their mom was pregnant.

In this interview recorded live in Paris, the pair share how Yoruban traditions have shaped the people they become. They talk about the influence of their dad, who was a member of the famed Cuban band Buena Vista Social Club, and their cross-cultural childhood. And Ibeyi performs the moving song written for Lin-Manuel Miranda's Hamildrop series, inspired by his smash hit Broadway musical Hamilton, called "Rise Up, Wise Up, Eyes Up."