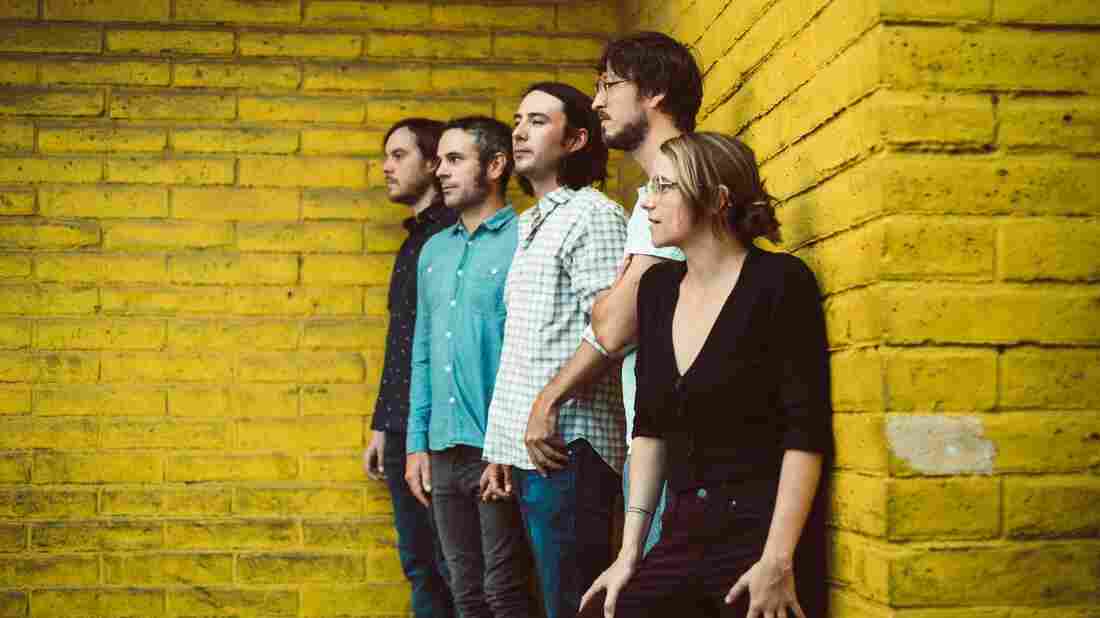 The Deer Letitia Smith/Courtesy of the artist hide caption 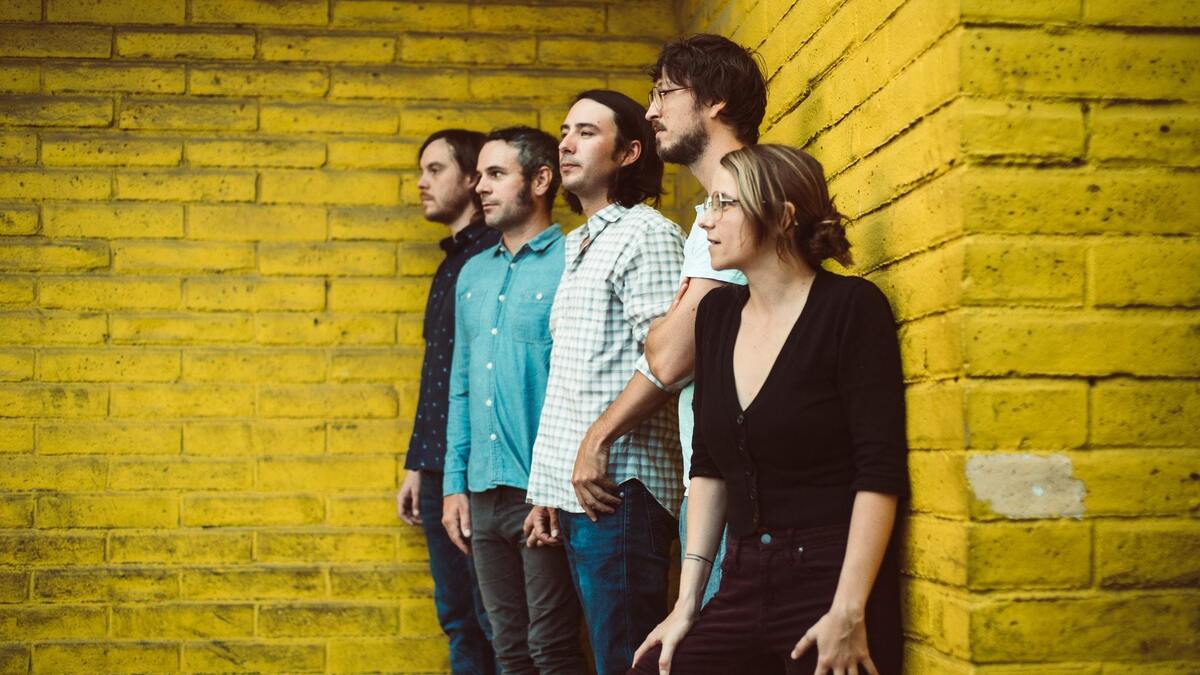 Letitia Smith/Courtesy of the artist

Every month, Heavy Rotation features the best songs from public radio stations across the country. This month's list includes upbeat folk from Gruff Rhys, an electronica cut from Octo Octa, and a new track from Cigarettes After Sex.

Michaela Anne, "By Our Design"

After releasing two albums of country-influenced Americana, Nashville-based singer-songwriter Michaela Anne has released her third full length, Desert Dove. Produced by Sam Outlaw and Delta Spirit's Kelly Winrich, the album signals a musical evolution towards a more expansive sound. "By Our Design" is one of those moody, breathtaking, stop-you-in-your-tracks songs with a lush, sweeping arrangement all anchored by Anne's stunning vocals. — Bruce Warren, WXPN

"Heavenly" announces the return of Cigarettes After Sex with a new album, Cry. Greg Gonzalez's soft, plaintive and near-whisper singing floats above drummer Jacob Tomsky's steady brush work, reflecting the best of Trinity Session-era Cowboy Junkies on this song. Much like the group's sophomore entry, the music feels intimate, lonely, and yet romantic. Perhaps that's because the album was recorded in a mansion in Mallorca, Spain, the exotic and secluded location seeping into the album's DNA. As the chorus fades into the repeated refrain of "Giving you all my love" while a bed of synth and rich reverb-draped guitar rises, one certainly feels transported to some cinematic version of heaven. — Eric Gottlieb, WFUV

The Deer, "Confetti to the Hurricane"

Seven years back, the regional Texas scene was first introduced to a little known songwriter by the name of Grace Park. Now Grace Rowland, she's continued to steer her group The Deer through a few different iterations, culminating in some appropriately titled "psychotropic folk." The Deer's haunting and gorgeous style still holds onto the delicacy of Rowland's solo acoustic arrangements, but the eclectic talent of her bandmates is nothing to overlook when it comes to their moody and incapacitating sound. Toting some clean guitars and an upbeat indie-inspired groove, "Confetti to the Hurricane" is one of a dozen new songs on The Deer's upcoming full-length. Do No Harm, out Nov. 1. — Jack Anderson, KUTX

Djo keeps a low profile. A black and white photo in dark sunglasses serves as the single artwork for the song for this new artist. But there is one thing that Djo can't cover up. That hair.

Djo may try to hide it, but he is really Joe Keery, most famous as Steve Harrington, the guy with the beautiful hair in Stranger Things. Keery has dabbled in music before, playing in the rock group Post Animal. As Djo, he steps out into the soft spotlight, and, while it's hard not to talk about his star power, it's really the music that speaks with Djo. This song is incredible. It draws you in as easy and cool. But you really want to stick around towards the end. This song really takes off at two minutes and 40 seconds. Listen and find out. — Justin Barney, Radio Milwaukee

Free Union, "It Gets Better"

"It Gets Better" is a catchy, groove-laden retreat that's as much a plea for resolution as a source for solace. The latest offering from Virginia-based Free Union, the single maintains the spirit of inclusivity and collaboration prevalent on the collective's self-titled debut from last year. Formed in response to the sociopolitical division playing out on a national scale, Free Union is an expression of unity anchored by singer/guitarist Michael Coleman and drummer Rob Dunnenberger. With tinges of R&B, a soulful through line and synth flourishes, "It Gets Better" transforms an inspirational mantra into a rallying cry. — Desire Moses, WNRN

Welsh musician Gruff Rhys' career has bridged several decades and projects including Super Furry Animals and Gorillaz. But it's his new solo album, Pang!, that feels the most connected. The record, a collaboration with South African electronic artist Muzi, is worldly, welcoming and also aware of the time it was born into. On its title track, Rhys pairs an Afro-pop sound with lyrics constructed in his native language to create a space that captures the optimism and perspective of combined cultures. The effort is hopeful yet aware of its delicacy and an encouraging reminder that music can connect us beyond the barriers of language. While some seem intent on building up walls and breaking communication down, the catchy connectivity of "Pang!" is a 'golygfa adfywiol' (a refreshing viewpoint) that you don't need to know a speck of Welsh to enjoy. — Stacy Buchanan, WGBH

Husbands is a cross-country recording duo with Danny Davis and Wil Norton ping-ponging between Oklahoma City, Washington, D.C. and Seattle. Last summer, Davis and his wife took a housesitting job in Costa Rica, where he spent most of his time surfing and playing poker with locals. It was the best time of their lives, but it totally wrecked them. When they returned to the states, settling back into a regular, 9-5 cubicle life was just not working.

Out of this disillusionment came "Mexico," a fantasy about ditching capitalism, escaping to a coastal town and being poor and happy together. This beach-pop bop is layered with Beach Boys-esque harmonies that help whisk you off to that faraway vacation spot in your head. Summer may be over, but daydreaming is never out of season. — Ryan LaCroix, KOSU

Hailing from Chicago by way of Nigeria, Tobi Lou is a rapper, a singer-songwriter and a record producer that emerged onto the scene in 2015 with his single "Game Ova." More recently, he's been making noise across the country by reaching over a million views for his music video "Waterboy." The song drips with fun, as does the video, with nods to the only active Black swimming team in the nation and Lonnie Johnson, the inventor of the Super Soaker.

Vocalo Radio interviewed Tobi Lou about the making of the video for " Waterboy" and he talked about the inspiration for the video. — Silvia Rivera, Vocalo

Resonant Body, the latest album from Octo Octa (a.k.a. Maya Bouldry-Morrison), is a euphoric set of celebratory house and rave anthems driven by spirited breakbeats and looped vocal samples of self-affirmation. The album has the feel of a producer turned DJ, as it is beautifully sequenced with the lead track, "Imminent Spirit Arrival" easing you onto the dance floor and into the party. The song starts with an ominous bass line along with a heady melancholy to the minor key synths and melody, but the breakbeats and samples cut through any tension and darkness, making way for a joyous experience that works as well on a packed dance floor with a pumping sound system or alone at home on headphones. — Kevin Cole, KEXP

The Seratones, "Over You"

Shreveport, Louisiana's Seratones have come a long way. The group had one of the songs of the summer with "Gotta Get to Know Ya" but, it's the group's new song "Over You" that really captures the band's depth.

The rhythm section gets things going with a subtle, sexy groove that gives singer AJ Haynes plenty of room to show off her skills. The keyboard provides additional depth by giving the song the feel of classic soul standards. By the time we reach the chorus she has us in the palm of her hand. When Haynes sings, "'Cause I'm over, over you, you, you, you," she belts out the lyrics with such confidence we can picture her, turning on her heels and boldly walking away. — Benji McPhail, The Colorado Sound