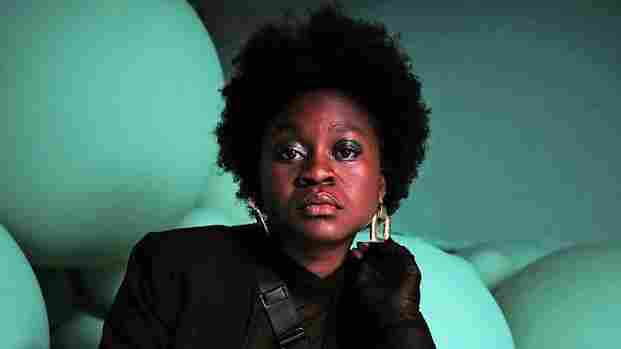 Rapper Sampa the Great is featured on this month's edition of Heavy Rotation. Wami Aluko/Courtesy of the Artist hide caption 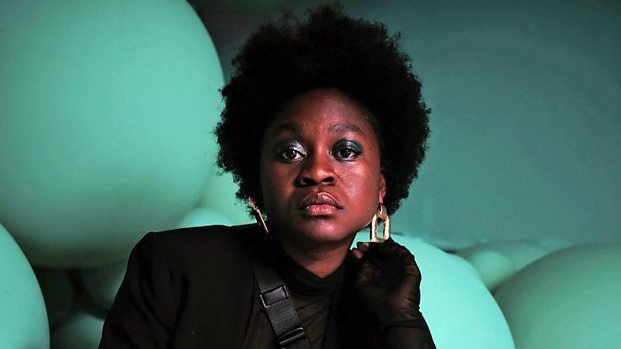 Rapper Sampa the Great is featured on this month's edition of Heavy Rotation.

Wami Aluko/Courtesy of the Artist

For this edition of Heavy Rotation, take a listen to NPR member stations' most-loved songs of October. You'll find new music from Frank Ocean and the R&B stylings of Sampa the Great.

While "soul + hip hop" is a tried and tested formula, Sampa The Great gives us new ways to build on tradition. "Freedom" is focused, soaring and jubilant. The second track from her stellar debut, The Return, it's the perfect song to shake off the frost of an early fall morning. For an album almost an hour and twenty minutes long, I never get bored and "Freedom" is just a slice of proof as to why Sampa the Great lives up to her name. — Nick Brunner, Capital Public Radio

Hiss Golden Messenger is the musical project of North Carolina singer-songwriter MC Taylor. The band's tenth full-length album, Terms of Surrender, was released in late September and the first single, "I Need A Teacher," hits you immediately with its sweetly infectious guitar riff. But the beautifully crafted song, much like the powerful video that accompanies it, is more onion than apple: the deeper you peel, the more tears you'll discover. The video (shot at the Day of Action demonstration by the North Carolina Association of Educators), shows the diverse faces and eyes of participating teachers and children. Each person stares directly at the camera as Taylor's lyrics implore someone (anyone!) to help make America's education system what it could and should be. The wide disparity between light sound and heavy message hits hard. — Eric Teel, Jefferson Public Radio

Berkeley rapper Rexx Life Raj loves to throw listeners a good curveball. On his new track, "Moonwalk," he'll have you pensively bobbing along to a verse about his dreams one second and then chortling at a disrespectful punchline the next. With its reverberating, strummed guitar loop, the mid-tempo tune brings out a softer side of Kenny Beats, the producer best known for Rico Nasty's nu metal-inspired body of work. A thoughtful lyricist with a mischievous side, Raj fluidly switches from soulfully sung meditations to double-time rhymes that brim with a fiery bravado. As skilled as Raj is, though, he doesn't lord it over anyone in his lyrics like a Real Hip-Hop purist. Instead, on the track's hook, he makes a statement about confidently staying in his lane and trusting his process: "Don't mind me, I'm out here / I'm doing what the f-ck I'm 'posed to." — Nastia Voynovskaya, KQED

Working together since 1980, Underworld — the production duo of Karl Hyde and Rick Smith – is the longest-running electronic outfit in the U.K. The band became a national treasure through its streak of massive hits during the Britpop era of the '90s, especially "Born Slippy," which was featured on the Trainspotting soundtrack. But Underworld didn't rest on its laurels. Hyde and Smith have worked on many collaborations over the years — notably with Brian Eno and Iggy Pop — and they were even the musical directors for the Opening Ceremony of the 2012 London Olympics. Now Underworld has released "S T A R," a track part of the ongoing album called Drift. With its plethora of British names in the lyrics, like the venerable BBC DJ John Peel (strangely enough, it was released last week, on the 15th anniversary of Peel's death), the song might be too quintessentially British for some. Its strength comes from the instantly catchy refrain, which mirrors a child's schoolyard play song. It's like Cookie Monster listing all his favorite people, if Cookie Monster was rhyming Cockney slang. — Mark Wheat, The Current

Some may deem London artist Bakar's new six-song release an EP, but he thinks of it as a short story. Will You Be My Yellow? begins with "Hell n Back," a classic tale of a love-lorn lad for the modern age, with lines like "She liked petty crimes, she had green eyes like Mountain Dew" and "MDMA helped us fly away." Despite those quirky lyrical updates, the song has a wholesome throwback bounce, mixed with a youthfully mellow vibe and punctuated by wistful whistling and smooth, soulful horns. Bakar keeps it light and breezy while searching for his light. — Jessi Whitten, Colorado Public Radio

Don't wait. Don't hate. There's no day but today. So it goes, according to Charlotte singer-songwriter Greg Cox as he lifts our ears (and uplifts our mood) on his new single "Good Day." The protégé of Kirk Franklin (whose revolutionary hip-hop gospel inspired Chance the Rapper and, yes, Kanye), Cox oversees the union of contemporary electro-beats and choir harmonies to form an infectiously joyful song filled with hope, positivity and grooves. As Cox told WFAE's Amplifier in a recent interview, the song was inspired by his mother: "My mom has breast cancer and when we were in the doctor's office ready to do some labs, there was a piano in the waiting room. So we were laughing and playing music. It stuck with me that she was so into the moment. She wasn't thinking about tomorrow or next week: she was living in the moment of now." — Joni Deutsch, WFAE

The many musical moods of Austinite Kelsey Wilson have taken her from being a co-founder of Wild Child to an essential element of the supergroup Glorietta. Now, with her latest venture called Sir Woman, Wilson's moving effortlessly into a brave new R&B-infused, gospel-flecked world where her golden pipes ease you back into a fluffy pillow of serenity and bliss. Her debut single, "Highroad," imparts the lesson that self-awareness isn't a compromise: it's a factor in staying sane in a world where we often wonder what our place in it might be, and where our loudest critics most often take up residence in our own head space. Warmth, empathy and humor are the shining stars of "Highroad," and with the arrival of her first-ever solo album, Party City, Ms. Wilson's Sir Woman will confidently show you the way there. — Gini Mascorro, KERA

"Hot" and "rough" might not be the first words to spring to mind when you think of Canadian folk music, but that's exactly how Montreal's Leif Vollebekk wanted this song to sound. The last track he wrote for his latest album, New Ways, "Hot Tears" was recorded live. Its gentle piano contrasts an insistent beat, with Vollebekk's soft, smooth voice occasionally leaping and crackling like a flame. He is feeling everything vividly here and fighting to let you feel everything, too. "Hot Tears" is a burning, pained good-bye, destined to become the soundtrack of more than a few post-Thanksgiving break-ups. — Raina Douris, WXPN

Chilled and thoroughly casual about structure or scheme, "DHL" is the product of Frank Ocean in full mad-scientist mode. A low-energy slow jam, Ocean's first new track since 2017 sees him experimenting with ideas and directions but not yet consumed with creative mania. "DHL" could be retitled "R&D" — something more than a lab accident and not ready for mass production. The woozy song is powered by a sluggish drumbeat and deep-set bass notes, initially buttressed by electro-processed squawks and murmuring to support Ocean's rhythmic flow and free-association lyrical imagery. As it progresses, motifs are auditioned and cast off, with Ocean onto what's next. He's searching for the path forward, both rap-speaking to and exemplifying the challenges a genre-blurring artist faces amid the confusion of musical conventions, mass expectations and celebrity. Before pulling the plug, his last inspiration is that musical prototypes can satisfy eager audiences. He isn't wrong. — David Hyland, Wisconsin Public Radio