Accessibility links
Interview: The Milk Carton Kids On 'The Only Ones,' Americana : World Cafe The duo poked fun at the genre when hosting the 2018 Americana Music Awards, but they hold a deep respect for its musical traditions. Their latest album, The Only Ones, continues to build on them.

The Milk Carton Kids Answers Its Own Question: 'What Even Is Americana?' 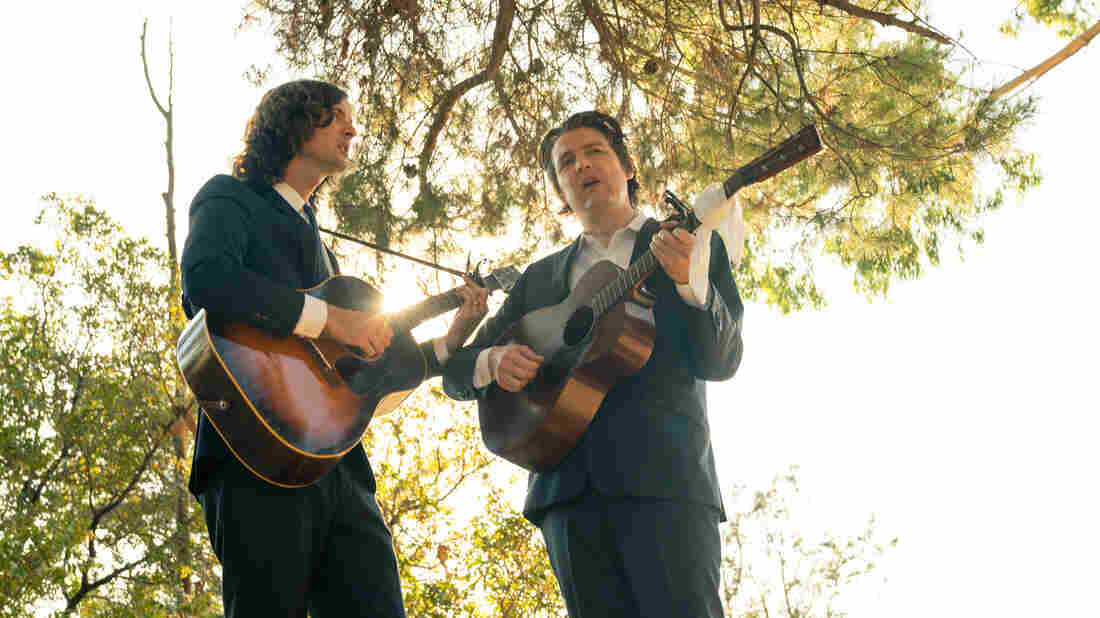 The Milk Carton Kids has already become a standard bearer for a new generation of folk artists and harmony duos. Jessica Perez/Courtesy of the artist hide caption 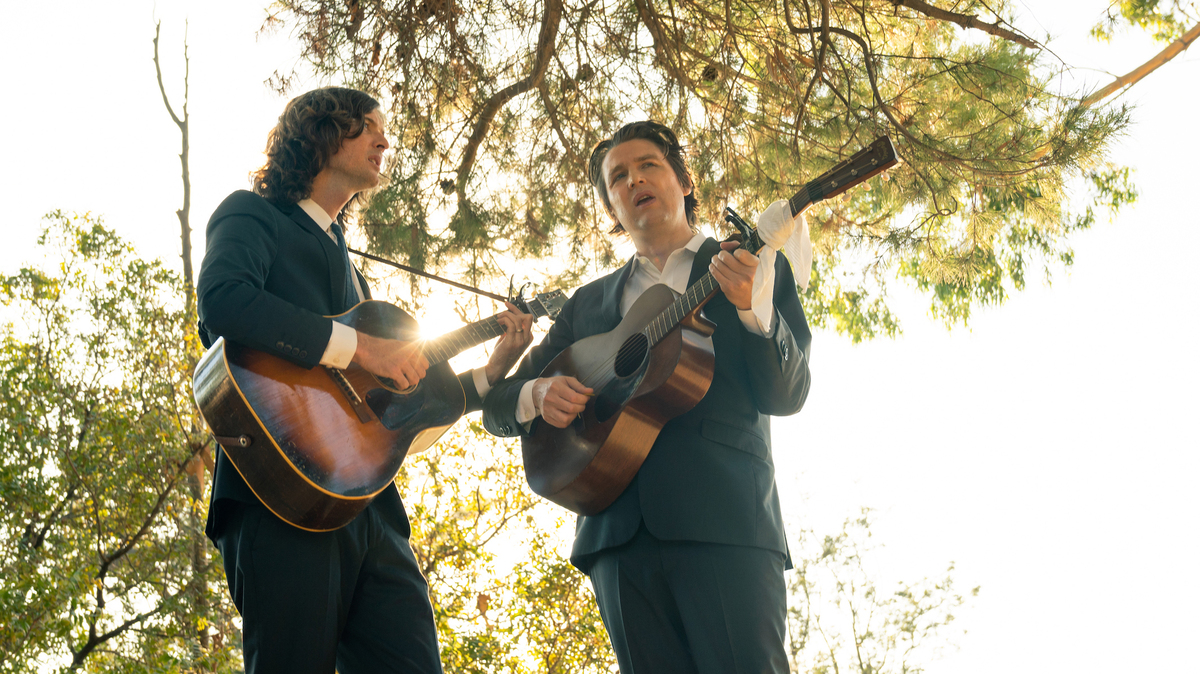 The Milk Carton Kids has already become a standard bearer for a new generation of folk artists and harmony duos.

Jessica Perez/Courtesy of the artist

For today's session, The Milk Carton Kids plays songs from its latest release, The Only Ones, while standing around one microphone. That was the modus operandi for Joey Ryan and Kenneth Pattengale until they enlisted a backing band (sometimes up to eight people on one song) for 2018's All the Things That I Did and All the Things That I Didn't Do. Now they're back to basics.

"There's a freedom and a paradoxical constraint that comes with both," Joey says. "When we're playing with eight other people, [we're] free to not do as much and know that all the other talented people that we've hired are going to carry it. When it's just the two of us, [we're] a lot more exposed.

"If there was a defining ethos and direction that we gave ourselves for The Only Ones recording sessions," he continues, "it was not to overthink things, and let the songs fall out in the way that they did, and trust that our fluency and the language that we've been developing together would carry it through."

That fluency is apparent: even though Joey and Kenneth are not related, their voices together create a sibling-like harmony. And of course, that gentle gamesmanship that exists between brothers influences our conversation.

After a while, if you do your own thing long enough, maybe you become a reference point for how people can understand new music coming along after you.

The Milk Carton Kids' songcraft features some unique guitar-playing — unexpected melodic flourishes and notes that are densely packed and dissonant where you wouldn't expect them — that works in a really cool way.

"If there's one singularly unique quality about me as a guitar player, it's that [I] just kind of play whatever comes out," Kenneth says with a laugh, "and then [I] figure out afterwards what to do — if that's to leave the room in shame or to look at someone and say 'Yeah, I meant to play that.' "

"It sounds like he's being vague and modest, but I can tell you after having stood next to him for nine years, watching him play guitar every single night: that is a great description of his approach. He has no idea what he's doing," Joey says. "And he's my favorite guitar player."

Performance antics aside, the duo has a strong sense of respect and reverence for the musical traditions that they've grown from. Joey and Kenneth have hosted the Americana Music Awards for the past two years; they've become so big in that community that other artists have started to cite their songwriting when describing their own music in press releases.

"We've cast ourselves in this long tradition of harmony duos. It was very easy for people to understand us in the context of other duos who we take influence from, going back to The Louvin Brothers, The Everly Brothers, Simon & Garfunkel, Gillian Welch and David Rawlings and a bunch of others," Joey says. "After a while, if you do your own thing long enough, maybe you become a reference point for how people can understand new music coming along after you."

Listen to World Cafe's wide-ranging conversation with The Milk Carton Kids in the player above, including more about what the label "Americana" might mean, teaming up with Josh Ritter for his song "The Gospel of Mary" and bunch of live performances from The Only Ones, starting with "I Meant Every Word I Said."