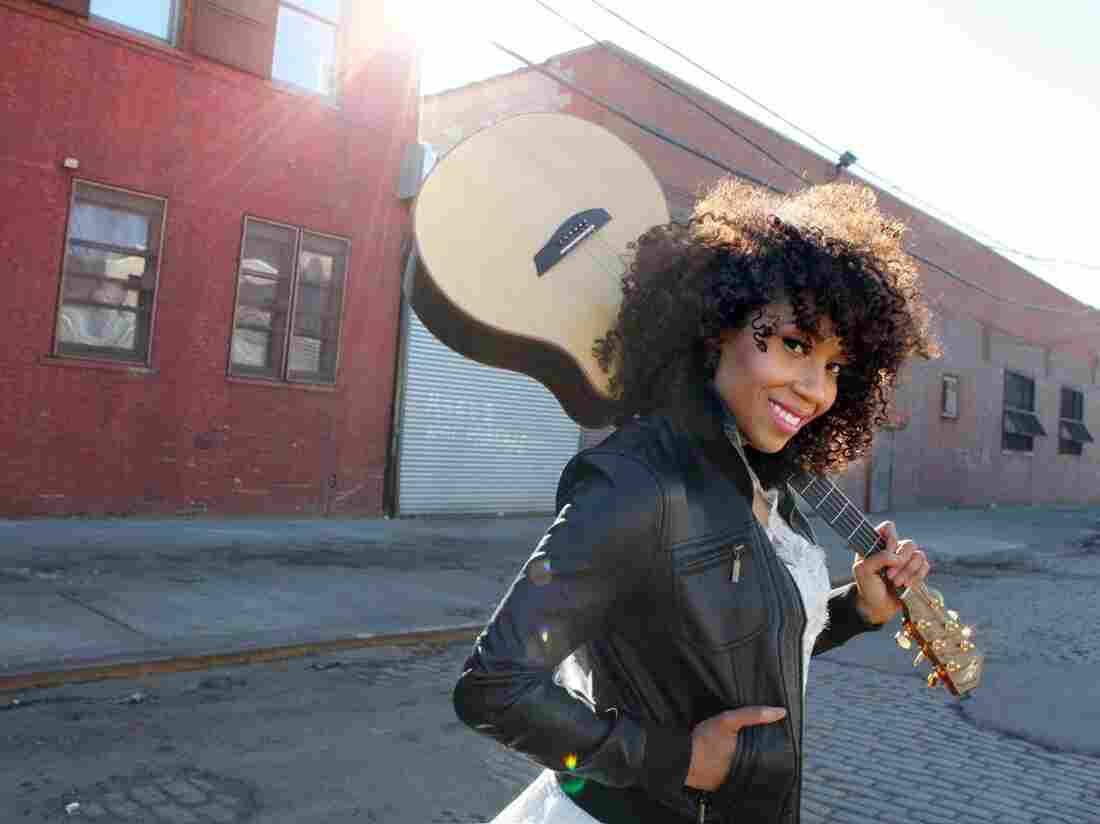 Rissi Palmer's latest album, Seeds, is featured in this roundup of music out of Nashville, Tenn. Jimmy Bruch/Courtesy of the artist hide caption 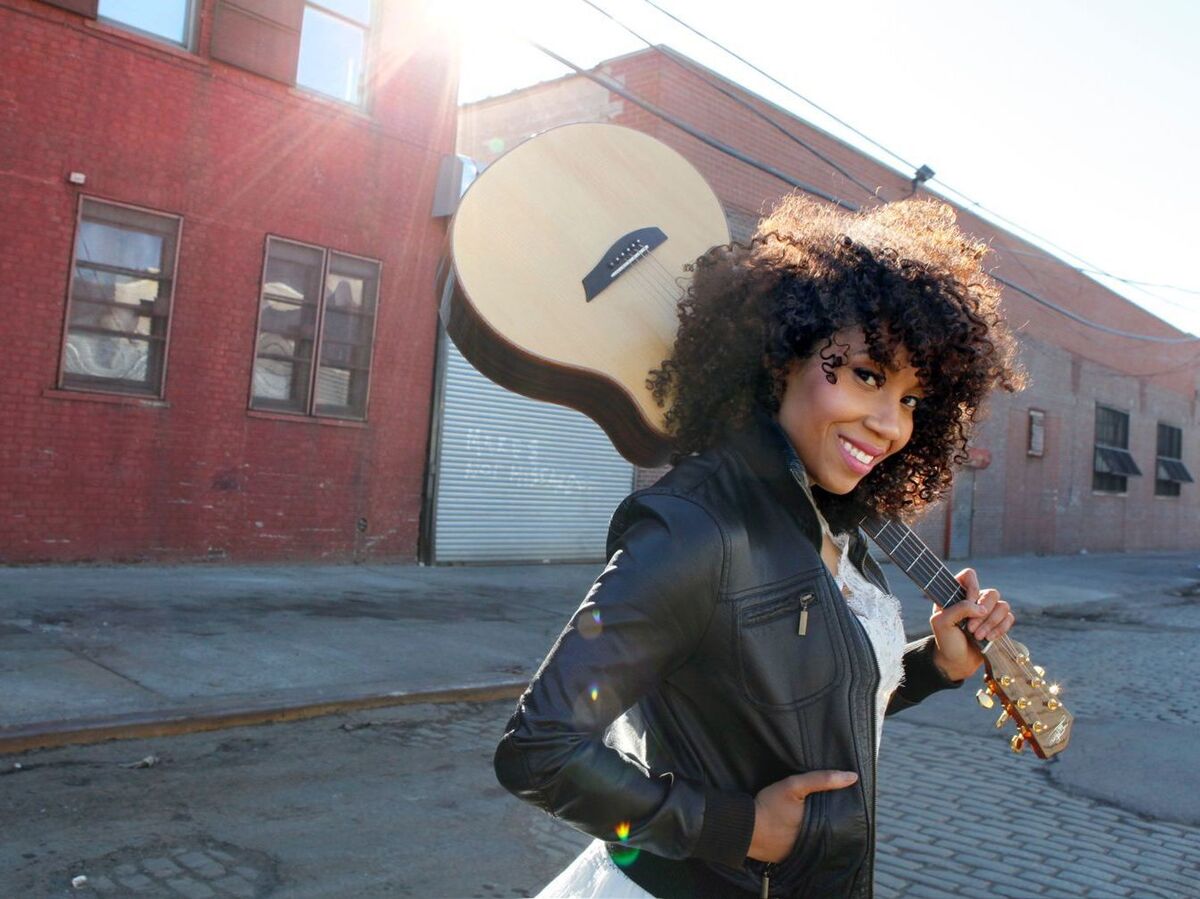 Rissi Palmer's latest album, Seeds, is featured in this roundup of music out of Nashville, Tenn.

Jimmy Bruch/Courtesy of the artist

Megan McCormick has been known around town for years for her delicate depth and incisiveness on acoustic and electric guitar alike, which keeps her plenty busy backing other performers. In late March, she ended a half-dozen-year gap in output under her own name with the track "Human Condition," an electronic pop-R&B dreamscape that surrounds her reedy ruminations in fanciful instrumental counterpoint and insinuated groove.

Fans of the late John Prine's warm, wise touch not only have his catalog to turn to for comfort, but also the younger voices that he'd signed to his independent Nashville label, Oh Boy Records. One of those signees, Tré Burt, a folk singer-songwriter based in Sacramento, Calif., slowly collected the songs on his debut album, Caught It From the Rye, while working various hourly jobs in far-flung places. After he initially self-released the set, Prine's team reissued it more widely in January, bringing much-deserved attention to the refined perspectives that Burt delivers in his rumpled rasp.

The By Gods, "Black Wave"

To say that there's a considerable amount of craft to the grunge-y, succinct, '90s-schooled alt-rock that The By Gods has specialized in over the last half-decade isn't pretentious critic speak — it's apt. The power trio made up of singer-guitarist George Pauley, bassist Natalie Pauley and drummer Tye Hammonds applies intent reflection, tuneful finesse and dynamic flexibility to the expressions of angst on its latest, Goldy.

Nashville native Quez Cantrell has long been a booster to, and web designer for, other acts in the hip-hop scene, but only recently became serious about his own music. Already, he's arrived at a distinct flow and vantage point with the determinedly stoic Southern drawl and concrete, confrontational realism on his new project, 9. The EP takes its title from the number once worn by the Tennessee Titans' late star quarterback Steve McNair, and on its broody tracks, Cantrell is poetically blunt about the pain of watching powerful sports leagues, the music industry and commercial development in his own city exclude black people from sharing in the prosperity.

Nashville has its share of living legends, but Marshall Chapman is one of the more colorful and underappreciated among them. She famously arrived in town in the late '60s as a debutante pursuing a Vanderbilt University degree before she fell in with a wild circle of country and rock songwriters and became a swaggering, charismatic commander of stages and spinner of tales. Songs I Can't Live Without, her first release in seven years, features her readings of pop chestnuts and a particularly sly rendition of "Tower of Song," Leonard Cohen's mythologizing of troubadour experience.

After giving her all to the pursuit of a mainstream country career in the mid-to-late 2000s — not the first African American woman to pass through that spotlight, but the first who had in a long time — Rissi Palmer settled in North Carolina, but kept ties with Nashville collaborators who shared her sensibilities, like writer-producer Shannon Sanders. She and Sanders co-produced her latest album, Revival, with Brian Owens, leaning into her wholehearted, socially conscious take on polished, bohemian singer-songwriter pop steeped in country, jazz, blues and gospel.

Natalie Madigan, "Remember Why You Fell In Love"

Natalie Madigan was fresh off of completing a degree in audio production when she released her debut album, What It's Like To Be Known, in late January. There's a vaporous minimalism to the winsome piano ballad "Remember Why You Fell in Love" that makes the song's sturdy, traditional bones less obvious. Even the tracks propelled by capricious, synthy beats shroud Madigan's pop chops in bedroom intimacy, introducing her as a savvy producer, singer and songwriter.

Though Paul Burch has been a fixture in Nashville since the '90s, he's operated independently of contemporary, commercial trends all along, instead applying scholarly attention and breezy, witty execution to pre-rock forms. On Light Sensitive, he and his longtime outfit the WPA Ballclub — featuring his fellow producers Dennis Crouch and Fats Kaplin — are jaunty virtuosos, shambling, boogie-ing and swinging through Burch's animated character studies.

Over the half-dozen years that he's been recording as Paisley Fields, James Wilson has steadily increased the camp in his music so that his forthcoming set, Electric Park Ballroom, is a scruffy, over-the-top, cabaret country affair. Raised in Iowa, but lately splitting his time between Brooklyn and Nashville, he makes mischievous use of down-home symbolism on his frolicsome tune "Ride Me Cowboy," upending the conventions of stoic, range-riding masculinity with winking, queer flirtation.