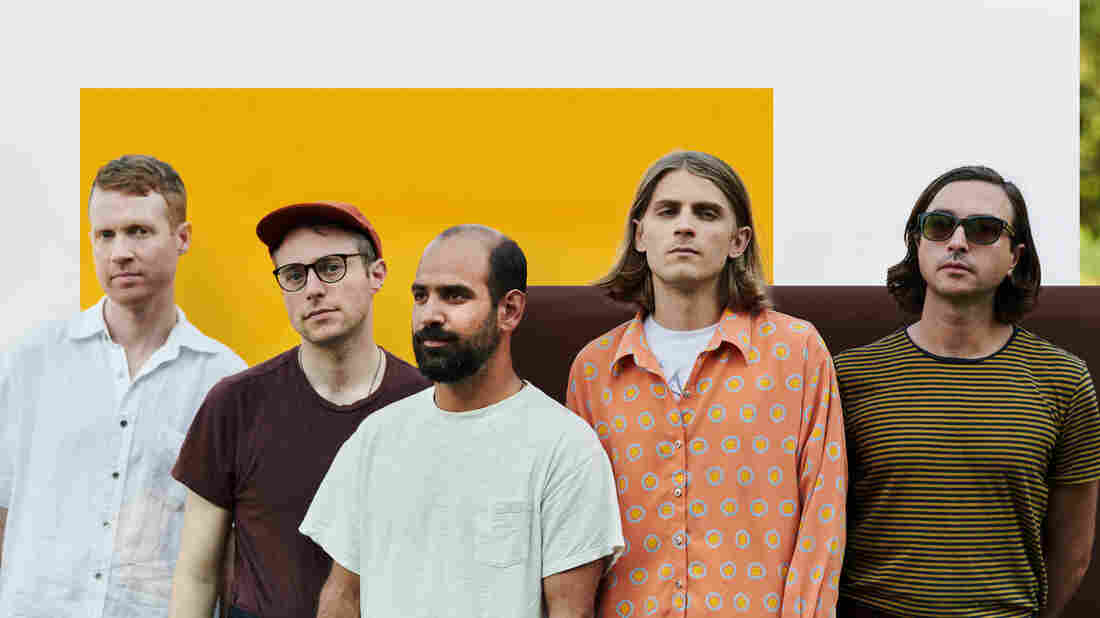 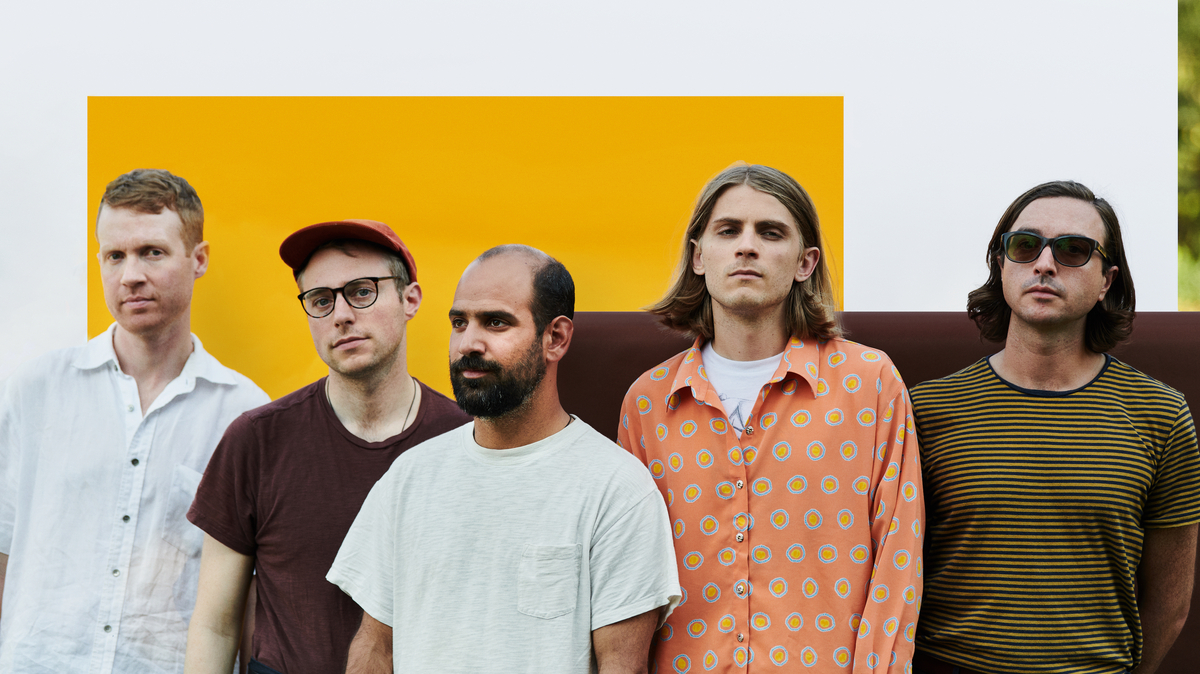 Jake Michaels/Courtesy of the artist

Each month, NPR member stations share the tunes that they can't get enough of. In spite of the uncertainties that plague the world outside, April brought us "Shameika," a new Real Estate track that features Sylvan Esso's Amelia Meath, the latest from virtuosic nu-jazz collaborators Tom Misch and Yussef Dayes, a stunning Nirvana cover from Amber Mark and more.

All songs from this month's Heavy Rotation are available to stream on the Spotify playlist at the bottom of this page.

New York R&B singer Amber Mark has been busy during our universal isolation, self-recording and producing a series of covers and original songs. Every two weeks since the lockdown began, Mark has been releasing new songs, accompanied by homemade videos. Her cover of Nirvana's "Heart-Shaped Box," is exquisite and particularly comforting, breathtakingly re-imagining the original in soulful harmonies, a sensual, deep bass line groove and a magical sway. —Bruce Warren, WXPN

If one song is getting me through these uncertain times, it is Cleo Sol's "Her Light," from the brilliant Rose In The Dark, released in March. The instrumentation on "Her Light" is a sonic representation of spring and reminds me of the psychedelic soul that Rotary Connection and Minnie Riperton made back in the late '60s. The most inspiring line in the song, "Without the night the sun couldn't show you," reminds me that even though I might feel down and depressed, I know I can come out of this stronger. And with purpose. —Tarik Moody, Radio Milwaukee

"Alive" is one of three singles that Hanni El Khatib has released from his upcoming album, Flight. El Khatib was involved in a serious car accident last April, and he and his fellow passengers miraculously escaped with only minor injuries. That incident is what "Alive" is about: The chorus of the song directly references the accident, and ends with the line, "and all I lost was you." Listen to this track with an ear on the lyrics — there's a lot happening in the world right now and this song serves as a nice reminder to celebrate being alive, and not to focus solely on the problems. —Tony Dehner, Iowa Public Radio

Real Estate recently announced a new album, The Main Thing, with this sparkling track. As frontman Martin Courtney explained in a recent on-air chat at WFUV, "Paper Cup" is elevated both by the voice of Sylvan Esso's Amelia Meath, and by cellist and composer Jane Scarpantoni, who has worked with the likes of Bruce Springsteen, Patti Smith, and Lou Reed, and who arranged the song's atmospheric strings. —Eric Gottlieb, WFUV

All or Nothing is the fourth album from the U.K. trio Shopping, and it has received the band's best reviews yet. The song is full of spiky Gang of Four-isms, a touch of Devo-lution, even early Killing Joke (minus the menace). Plus, the last album was produced by Edwyn Collins of Orange Juice fame, perfect for an aging indie rocker like me. I'm cranking it and pogoing in the studio! There's a spectacular video for this song too; it makes you want to see more "episodes" of whatever is going on in that office. Shopping's show at the 7th Street Entry in Minneapolis was one of the first we lost to the lockdown — I hope the group gets the chance to tour again soon. Its powerfully queer message needs to be heard at times like these. —Mark Wheat, The Current

The veteran psych-pop band has returned to its hometown of Portland, after a sojourn in LA, with one of its strongest records to date: Future Past Life. The clear standout on the album is "Dear Stranger," which might just be the feel-good hit of our pandemic-stricken summer. On it, frontperson Josh Hodges croons over cascading synths and bubbly baselines, exuding a cool, calm, and collected kind of charm. I think we could all use more of that these days. —Jerad Walker, opbmusic

The Lowest Pair is known for stripped-down folk songs, but on a new Mike Mogis-produced album, The Perfect Plan, the duo adds a full band and stretches in new directions. "Wild Animals" stems from traditional forms, as Kendl Winter calls the narrative and her partner, Palmer T. Lee responds with the one-line refrain. Then comes the bridge, where the singers tumble atop one another in a rushing river of lyricism, before resting back on the call-and-response. It's where Mogis's contemporary inclinations meet the duo's trad-folk underpinnings; like a new kind of music being born. —Kim Ruehl, Folk Alley

Tom Misch and Yussef Dayes are artists who bring creative, melodic, left-of-center sensibilities to their work, and are generally seen as emerging stars in the progressive soul and nu-jazz genres. That reputation was reinforced with the release of "Nightrider," which appears on the pair's recent album, What Kinda Music. Riding a robust bass line as a canvas, with atmospheric guitar and synth vibes as the paint, the track also features lyrical ruminations from Freddie Gibbs and background vocals from internationally renowned soul crooner Jordan Rakei. The overall effect is a chilled-out, warm and percolating groove. —Chris Campbell, WDET