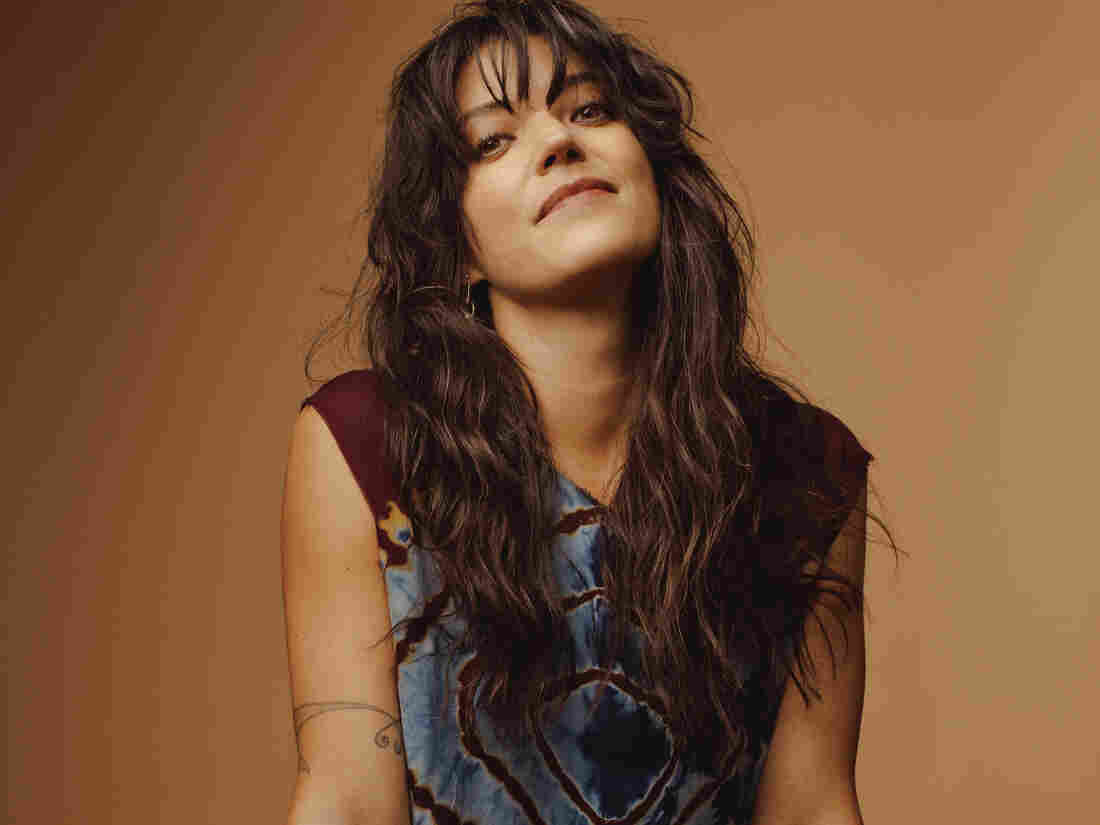 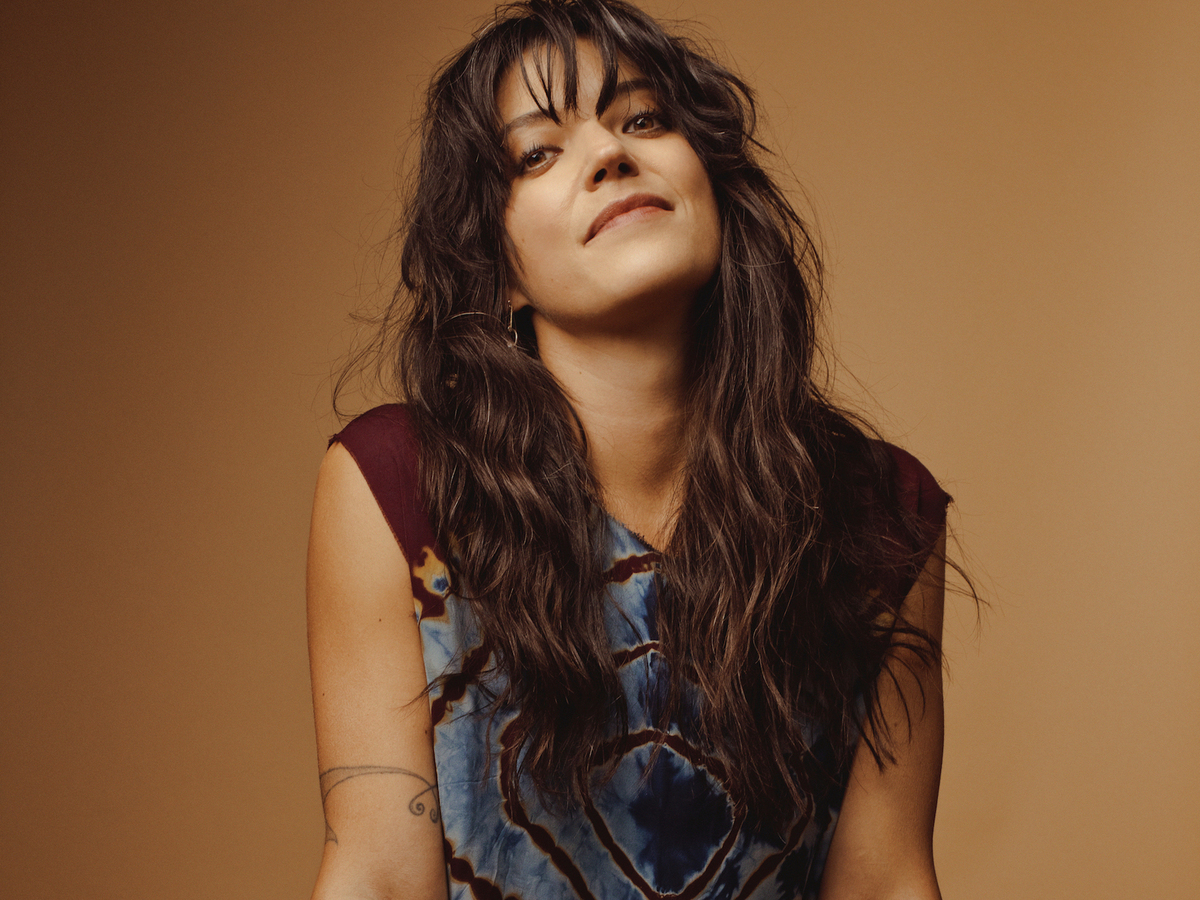 All of this month's picks are available to stream on the Heavy Rotation Spotify playlist at the bottom of the page. As always, you can discover fantastic music programming happening across the country by clicking the links to each station's website, included below.

Dan Auerbach has been producing gems for his Easy Eye Sound label, and his latest collaboration with Aaron Frazer — one of my favorite modern sweet soul singers — is no exception. You might know Frazer as the drummer and co-lead vocalist for Durand Jones & The Indications, or from his lesser-known but equally soulful gospel group The Flying Stars of Brooklyn, NY. "Bad News" is our first taste of Frazer's forthcoming solo record. The title is especially relevant in 2020 but, subject matter aside, the tune's got a great hook and a killer groove, and Frazer's vocals have never sounded sweeter. —Brian Burns, WUNC

Alex Isley is the daughter of guitar hero Ernie Isley, so it was fated that she'd continue the family's legacy of top-shelf harmonic soul. Late last year, she released Wilton, a stunning EP with Jack Dine that captures all the salty-sweet dreaminess of a midnight dip in the ocean. Her 2020 single "Good & Plenty" is a lush, hook-heavy cut that reunites Dine and Isley and adds Masego to the mix. His bouncy verse offers the perfect counterbalance to her smoothness, lighting the whole thing ablaze. The result is nothing short of magical. —Ayana Contreras, WBEZ/Vocalo

Ani DiFranco, 'Do Or Die'

You can always count on Ani DiFranco to tell it like it is. Activism has been one of the folk singer-songwriter's many great strengths, and her flag flies free in "Do or Die," a new song recorded in a strip mall in Durham, North Carolina. "Let's harness our outrage and vote," she says in the song's press statement. It's the protest song of the moment, fueled by Phil Cook's warm keyboards, Matt Douglas on flute, Brevan Hampden and Terence Higgins on percussion, the Oregon string quartet Delgadi and others. Introducing the song, DiFranco sings, "Do you ever just want to give up? / Well, me too," though she offers hope and optimism throughout. A spiritual cousin to "Winter in America," a mid-'70s protest song by poet and musician Gil Scott-Heron with Brian Jackson, the song deftly expresses DiFranco's sentiments about the state of American politics: "Let us look down at our hands and remember we're armed / If you think your vote doesn't matter / Then you're not paying attention." —Bruce Warren, WXPN

At 31, vocalist Cécile McLorin Salvant is the youngest of this year's crop of MacArthur Foundation "genius grant" recipients. But her studied mastery of the jazz repertory, the sophistication of her storytelling and an emotional range to match her musicality suggests that age is really just a number to be written in bios. On Artemis, the self-titled Blue Note debut from the Renee Rosnes-led seven-woman supergroup, Salvant challenges the oft-referenced notion that she's the only Artemis regular who's not an instrumentalist.

Listen to her interpretation of Stevie Wonder's "If It's Magic," then try saying her voice isn't the most divine of instruments. For my money, though, it's her other ballad on Artemis, "Cry, Buttercup, Cry," that's the surprise showstopper.

Perhaps it's the touch of klezmer-flavored garnish that hits you first, or the smoky quality of Ingrid Jensen's muted trumpet. Or, better yet, Anat Cohen's clarinet solo, which communicates a frisson of chill before blanketing you with wood-fired warmth. And is that Melissa Aldana playing tenor sax, or Coleman Hawkins brought back to life as Joshua Redman? It all coalesces in an arrangement by Rosnes that allows McLorin Salvant to interpret Maxine Sullivan's lyrics with the highest possible artistry, communicating optimism that's neither credulous nor cloying but instead shrewd and hard-won. —Matt Silver, WRTI

Jessica Dobson leads this Seattle band, and on its third album Impossible Weight, we're introduced to her vision as co-producer — and reintroduced to her explosive mastery on guitar. Her riffs and voice deliver with precision and heart, and in the title track, that combination doesn't offer any hiding places. Heightened by guest vocals from Sharon Van Etten, it instead lets our burdens be felt, turned up and released. —Sarah Wardrop, WFUV

Jupiter & Okwess have been putting out extremely funky tunes since their 2013 debut. Okwess' grooves wrap Congolese beats — laced with a dash of Afro-pop and rock and roll — around Jupiter Bokondji's messages describing social unrest in his hometown of Kinshasa in the Democratic Republic of Congo. A danceable track with slick harmonies, "Na Kozonga" (translated as "the return" in Lingala) is the title track from his forthcoming album. It tells a story about Jupiter returning to Africa after touring around the world to promote his last album, Kin Sonic. This is a song you'll want to put on repeat. —Ian Stewart, VPM

Inspired by her newfound moments of airborne panic and meditations on the concept of luck, Nilüfer Yanya's "Crash" could be a metaphor for 2020 — a year in which we re-train our brains to process the nuances of our relationships and priorities in pandemic life, while allowing ourselves the luxury of short-circuiting every now and then. No small feat in this era of information overload, in which boundaries are blurred and redrawn, and where the questions demand more of our bandwidth than we can afford. Co-written with her label-mate Nick Hakim, "Crash" exudes mordant wit and thunderous appeal. —Gini Mascorro, KXT

Relief is in abundance throughout Sharon Van Etten's latest single. Like her 2019 full-length, Remind Me Tomorrow, "Let Go" provides a steady, soaring complement to a catalog dotted by heartache. Weird as this might sound, I root for Van Etten when I listen to this, as her voice builds like a wave over calm, raga-inflected orchestration. It's easy to hear why it was chosen to close Feels Good Man, a documentary about illustrator and Pepe the Frog creator Matt Furie, who's sought to regain control over an image he made. If you're looking to give yourself permission to move on, "Let Go" belongs at the top of your playlist. —Nick Brunner, CapRadio

Sierra Ferrell, 'Why'd Ya Do It'

West Virginia-bred Sierra Ferrell describes herself as having a "country heart but a jazz mind," and after a single play of "Why'd Ya Do It," you'll hear what she means. Ferrell's hint of a souped-up tango, blended with a clave rhythm, modal fiddle, accordion and twangy guitar work, helps tell the story of a heart's betrayal. She creates a fantasy world nestled somewhere between film noir and Appalachian lounge — a worldly sound Ferrell confidently owns. —Vasilia Scouras, Mountain Stage