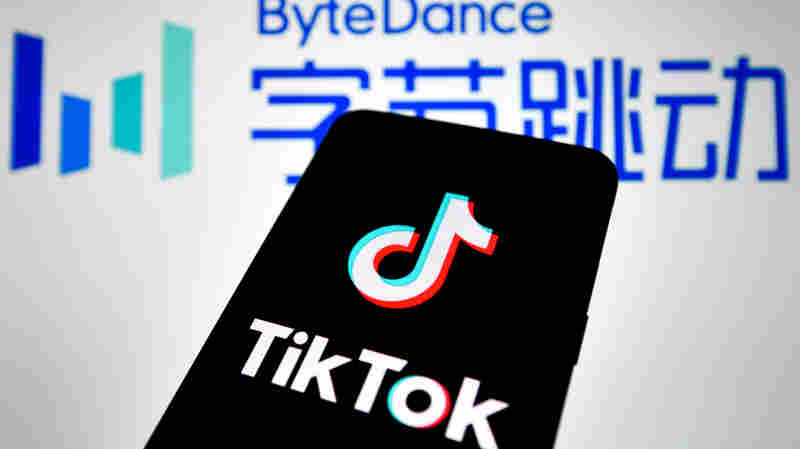 President Trump said he approved a deal struck with U.S. companies Oracle and Walmart to keep TikTok alive, but the agreement does not accomplish what the president sought to achieve. SOPA Images/SOPA Images/LightRocket via Gett hide caption 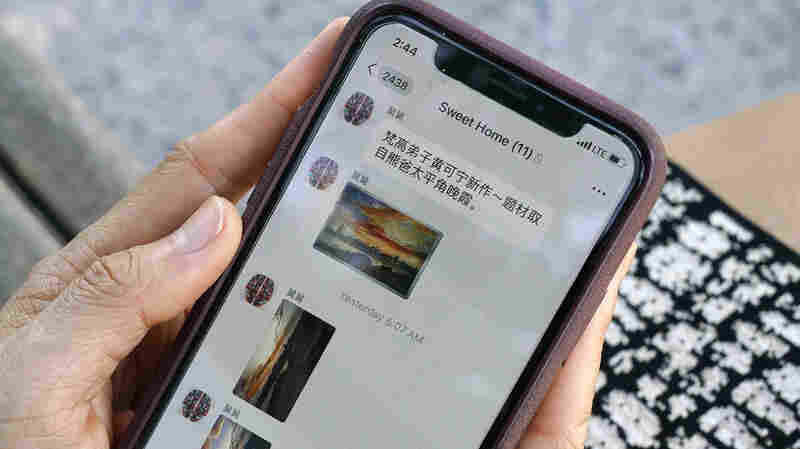 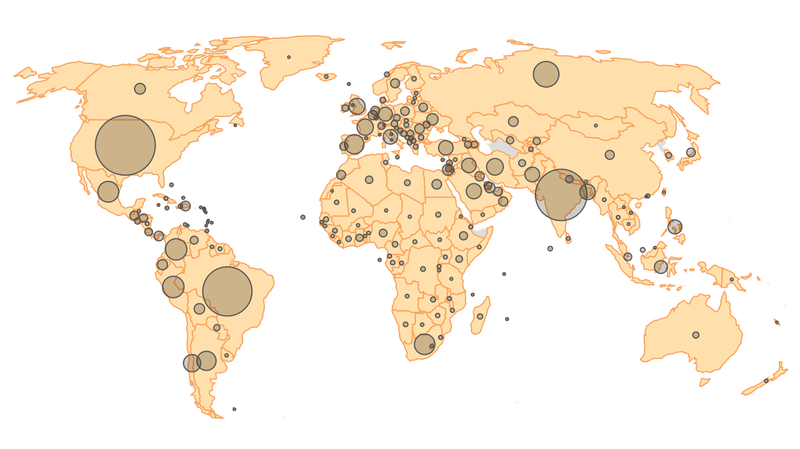 September 20, 2020 • A map of confirmed COVID-19 cases and deaths around the world. The respiratory disease has spread rapidly across six continents and has killed thousands of people. 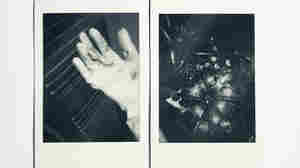 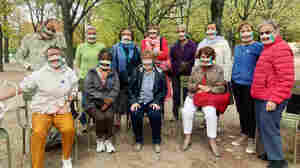 Suzy Margueron (seated, center) who advocates for people with hearing loss, likes to gather with friends in Paris' Luxembourg Gardens. All have transparent masks, but say it's others who should be wearing them too. Eleanor Beardsley/NPR hide caption

September 19, 2020 • Some 10% of the population is hard of hearing. The government is helping companies cover costs of making see-through masks. "It's a protection, but it's also a communication tool," says an official. 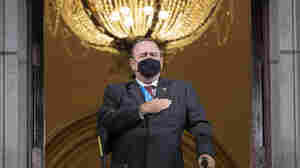 September 18, 2020 • Alejandro Giammettei says he is showing typical symptoms of high fever and body aches, "resting and isolating myself from all public activity." 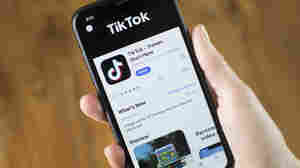 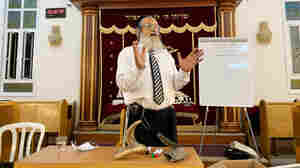 September 18, 2020 • The shofar is a hallmark of Rosh Hashana, the Jewish New Year. The pandemic means there will be more and smaller prayer gatherings this year, so some cities have offered free shofar-blowing courses. 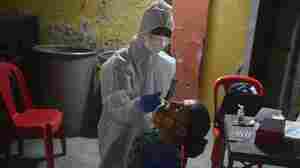 A health worker wearing protective gear collects a swab sample during a medical screening for the coronavirus in Mumbai on Wednesday. The number of registered coronavirus cases passed 5 million on Wednesday. Punit Paranjpe/AFP via Getty Images hide caption

September 17, 2020 • With more than 5 million coronavirus infections and the world's highest daily tally of new cases, India is expected to become the world's worst-affected country within weeks. 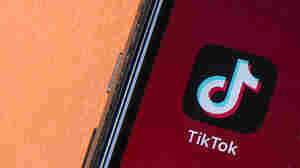 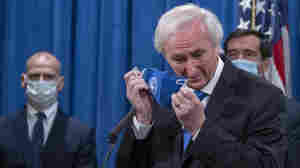 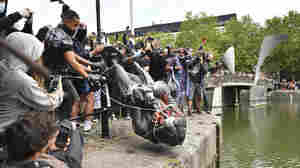 September 16, 2020 • How did a police killing in Minneapolis lead people thousands of miles across the Atlantic Ocean to pull down the statue of a slave trader who's been dead for nearly three centuries? On this episode, we're going to the city of Bristol to tell the surprising story. 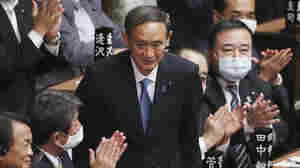 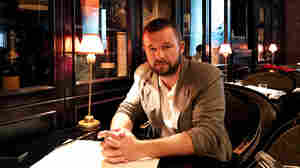 The detention of Vitali Shkliarov, seen in a Moscow cafe in 2017, is part of Belarusian President Alexander Lukashenko's efforts to portray the uprising against his regime as a Western-backed plot, Shkliarov's lawyer tells NPR. Andrew Roth/The Washington Post via Getty Images hide caption 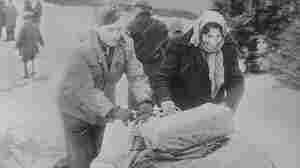 September 16, 2020 • Historian David Nasaw writes with deep, broad knowledge of the hundreds of thousands of refugees filling Europe's roads after WWII, hoping to return to homes that, in many cases, no longer existed. 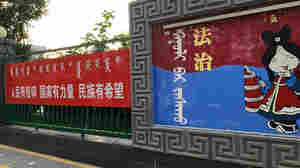 A sign (left) outside a Mongolian-language school in Hohhot, Inner Mongolia, reads: "When the people have conviction, the state has strength and the ethnic minorities have hope." The sign at right says: "Rule of law." Emily Feng/NPR hide caption

September 16, 2020 • As it has long done with the Tibetan and Uighur languages, Beijing is reducing instruction in Mongolian in favor of Mandarin Chinese in ethnic Mongolian areas of the country. 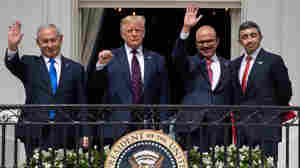 September 15, 2020 • The agreements bring "a pivot in history," Israeli Prime Minister Benjamin Netanyahu said before a signing ceremony at the White House. 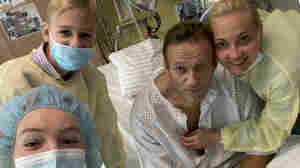 Russian opposition leader Alexei Navalny posted a photo of himself with daughter Daria, son Zahar and wife Yulia on his Instagram account Tuesday from his hospital bed in Berlin. Navalny Instagram/AP hide caption

September 15, 2020 • The Russian opposition leader plans to return to Russia, according to his spokesperson. "It's puzzling to me why anyone should think otherwise," the spokesperson said. 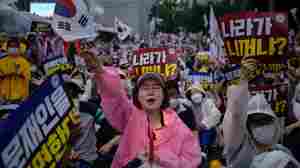 September 15, 2020 • A clash over disease control between the government and a church is the latest flashpoint in a wider conflict between a right-wing coalition and President Moon Jae-in's liberal administration. 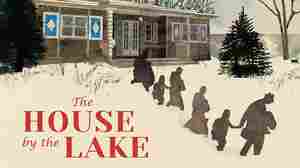 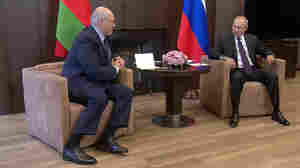 Amid Democratic Street Uprising, Belarusian Strongman Gets Support From Russia

September 14, 2020 • Alexander Lukashenko got a boost from a meeting with Vladimir Putin amid a disputed presidential election in Belarus and street protests, the biggest crisis of the Belarusian president's 26-year rule.