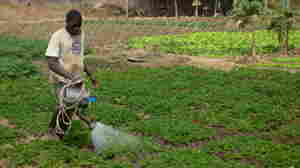 An urban farmer waters his plants near Bamako, Mali, where the government has set aside nearly 250 acres for market gardens. donkeycart/Flickr hide caption

August 31, 2012 • As many as 40 percent of urban families in sub-Saharan Africa farm in household or commercial gardens. A survey from the United Nations finds that these urban farms, which feed millions of people each year, are in jeopardy if they're not protected during Africa's growth spurt. 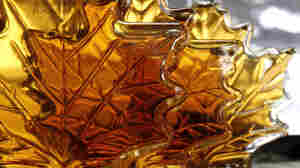 August 31, 2012 • In Canada, a remote warehouse that was holding millions of pounds of maple syrup recently became the scene of what may be "the sweetest heist of all time," as a Canadian newspaper calls it. 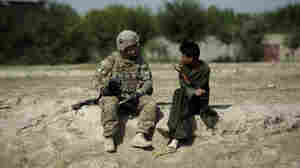 U.S. soldiers still patrol in Afghanistan, like this one speaking with a young man in the eastern province of Khost in August. However, Afghan forces are taking on increased responsibility as the U.S. draws down and prepares for its troops to leave by the end of 2014. Jose Cabezas/AFP/Getty Images hide caption

August 31, 2012 • As American troops prepare to leave, Afghans have a wide range of opinions on what it means. Some say the Americans can't leave quickly enough. Others say they fear the country will become more chaotic once U.S. and NATO forces depart. 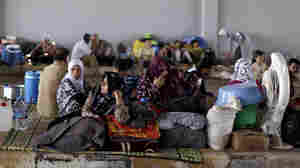 Syrians take refuge Thursday at the Bab Al-Salameh border crossing near the Syrian town of Azaz, in hopes of entering one of the refugee camps in Turkey. Muhammed Muheisen/AP hide caption

August 31, 2012 • Refugees are crowding the borders at the end of the bloodiest month since the anti-government uprising began. Many are abandoning their homes in rebel-held towns. Although the rebel brigades have grown bolder, they are mainly powerless against bombardment from Syria's air force. 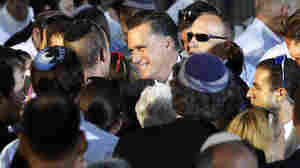 August 31, 2012 • The country has featured prominently in past campaigns, but observers say it's different this time. The shift is partially attributed to the GOP's aggressive courting of the Jewish vote and the Israeli government's perceived taking of sides, a charge it denies.

August 31, 2012 • Officials at the Justice Department have closed an investigation into the deaths of two detainees in American custody in Iraq and Afghanistan without bringing any criminal charges. The probe opened a huge rift with the intelligence community. But now it's human rights groups that are outraged. 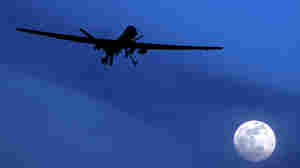 An unmanned U.S. Predator drone flies over Kandahar Air Field in Afghanistan in 2010. Apple has rejected an app that tracks U.S. drone strikes around the world. Kirsty Wigglesworth/AP hide caption

Drone-Tracking App Gets No Traction From Apple

August 30, 2012 • For the third time in a month, Apple has rejected a proposed app that tracks American drone strikes. The company says the app is "objectionable and crude"; the developer says he wants to encourage more dialogue about drone attacks.

Drone-Tracking App Gets No Traction From Apple 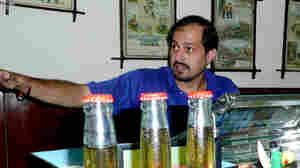 Isphanyar Bhandara, the head of Pakistan's only brewery, Murree Brewery, sits at his grandfather's desk at the headquarters in Rawalpindi, near Islamabad. Bhandara's grandfather was a director at the brewery when Pakistan gained independence in 1947, and he bought a controlling stake in the company. The brewery has been run by the Bhandara family ever since. Lauren Frayer for NPR hide caption

August 30, 2012 • Alcohol is almost entirely banned in Pakistan, a country that's overwhelmingly Muslim. But there is one brewery, which has a 150-year history and has been in the same family for generations.

August 30, 2012 • Egypt's President Mohammed Morsi has urged the Nonaligned Movement to back Syria's rebels, saying the Bashar Assad government has lost its legitimacy. Morsi's speech prompted a walkout by the Syrian delegation. It was also a slap in the face of the summit's host, Iran, which remains a firm supporter of the Assad government. 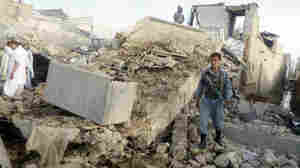 The aftermath of a truck bomb in Kandahar, the main city in southern Afghanistan, which wounded the provincial police chief and killed two civilians Monday. Taliban attacks against Afghan officials are up sharply this year. Mamoon Durani/AP hide caption

For Afghan Leaders, Facing Death Is A Fact Of Life

August 30, 2012 • Targeted killings of Afghan leaders are up by 53 percent compared to last year. Such attacks are the efforts of a desperate Taliban, Afghan officials say, but they acknowledge that they hamper their ability to govern and provide services.

For Afghan Leaders, Facing Death Is A Fact Of Life

August 30, 2012 • Gambia's President Yahya Jammeh recently ordered the executions of all 47 prisoners on death row. Nine have been killed so far. The news comes decades after the last execution was ordered in that country. Host Michel Martin discusses the political situation in Gambia with Pa Nderry Mbai. He's a Gambian journalist living in exile in North Carolina. 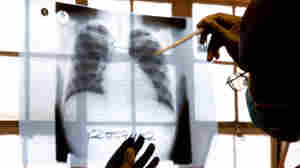 A doctor examines chest X-rays at a tuberculosis clinic in Gugulethu, Cape Town, South Africa in late 2007. The number of TB cases that don't respond to both first- and second-line medications is rising worldwide. Karin Schermbrucker /AP hide caption

A Troubling Rise In Drug-Resistant Tuberculosis

August 30, 2012 • A study examining the effectiveness of second line drugs for tuberculosis finds that extensively drug-resistant TB is spreading at an alarmingly high rate around the world. Its widespread prevalence in South Africa is forcing doctors to change the way they treat this emerging epidemic.

August 30, 2012 • Turkey's foreign minister plans to ask the U.N. Security Council to establish a safe zone inside Syria for refugees fleeing the war there. With close to 100,000 refugees already in camps on Turkish territory, the foreign minister says his government lacks the capacity to host more.

August 29, 2012 • Iran is in the spotlight this week as it hosts a summit of nonaligned nations. U.N. Secretary-General Ban Ki-moon is attending, ignoring the advice of Israel and the U.S., which have been trying to isolate Iran. U.N. officials say Ban will bring a tough message to Iran. But others are skeptical.

August 29, 2012 • Melissa Block speaks with U.S. Paralympian and flag bearer at the Paralympics opening ceremony, Scott Danberg. The competition, which opens tonight in London, will be Danberg's fifth Paralympic Games. Over the years he has participated in multiple events, from power-lifting to javelin.