Accessibility links
Your Health News and commentary about personal health, medicine, healthcare, drugs, diet, recipes, and nutrition. Download the Your Health podcast and subscribe to our RSS feed. 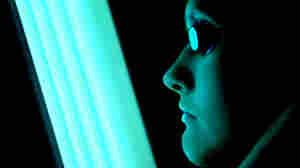 February 28, 2011 • Artificial tanning beds greatly increase the risk of skin cancers and should be banned for teens, a leading group of pediatricians says. Most people get 25 percent of their lifetime sun exposure before age 18. 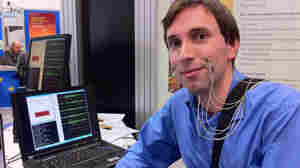 Michael Wand of the Cognitive Systems Laboratory at the Karlsruhe Institute of Technology in Germany demonstrates a technology that recognizes speech through muscle activity in the face rather than sound. Gretchen Cuda for NPR hide caption

February 28, 2011 • Researchers in Germany are developing a device that translates the movements of the face into computer-generated speech. It was demonstrated recently at the meeting of the American Association for the Advancement of Science. 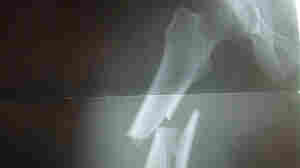 An X-ray of Schneider's right femur (thighbone), which broke suddenly as she was standing on a New York subway train. Courtesy of Dr. Jennifer Schneider hide caption

February 28, 2011 • Dr. Jennifer Schneider was one of the first women to suffer from an unusual fracture she believes was caused by osteoporosis drugs she'd taken for years. A new study confirms that women who've been on bisphosphonates more than five years have nearly three times higher risk of the unusual fractures. 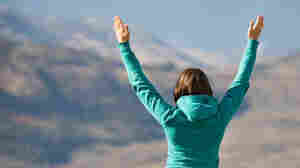 February 25, 2011 • On this week's show, we talk about results of a national poll that show confusion about the federal health law, plus health care woes from Tennessee and Pennsylvania. And we bring you two stories of exercise improving the health of seniors — from their muscles to their minds. 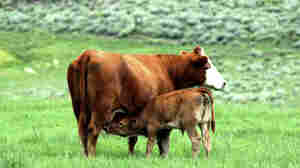 February 25, 2011 • Bovine colostrum has been a popular natural health supplement for centuries. Now, British researchers have found that it helps mitigate the effects of overheating in athletes.

February 25, 2011 • If a genetically engineered crop crosses with a wild relative, could a more robust, herbicide-and-insect-resistant weed result? Biologist Nina Fedoroff and ecologist Allison Snow discuss past instances of genetically engineered plants migrating beyond farm borders, and whether that poses a threat to ecosystems.

February 25, 2011 • A study of bilingual infants suggests that a bilingual upbringing outfits infants with more sensitive language perception abilities, even for languages other than the two spoken at home. Psychologist Janet Werker discusses the findings, and whether the trend may hold true through the years.

February 25, 2011 • Extended use of a cellular telephone causes increased activity in parts of the brain next to the phone's antenna, according to a new study in the Journal of the American Medical Association. However, Nora Volkow, author of the paper, says it's unclear what the clinical significance of that finding is.

Tracing Signals In The Brain

February 25, 2011 • In the traditional view of how signals travel in the brain, a portion of a neuron known as a dendrite acts as an input for stimuli, while the neuron's axon serves as a signal output. Nelson Spruston, author of an article in the journal Nature Neuroscience, says that the reality may be more complicated.

Tracing Signals In The Brain 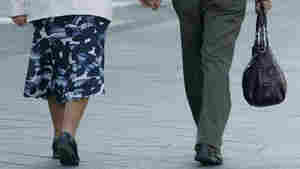 February 21, 2011 • The brain's pinkie-sized hippocampus, which helps to archive memories, shrinks naturally as we age. But studies indicate that aerobic activities such as walking not only may help the hippocampus stop shrinking, but might even help it grow. 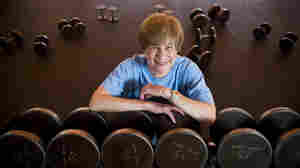 Sandy Palais, 73, of Arizona started lifting weights about 10 years ago after she was diagnosed with osteoporosis. Jason Millstein for NPR hide caption

February 21, 2011 • Our muscle mass decreases at surprising rates as we get older. But researchers found that people older than 50 can not only maintain but actually increase their muscle mass by lifting weights.

February 18, 2011 • A study of four different treatments for chronic fatigue syndrome finds that psychotherapy and gradual increases in exercise were clearly better than specialist care or an approach called "adaptive pacing," favored by some patients.

February 17, 2011 • A look at doctors on Twitter found about half their tweets had something to do with health or medicine. About 3 percent of their tweets were found to be unprofessional, according to a new analysis. 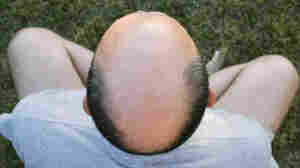 February 16, 2011 • A study found men who reported any kind of balding in their 20s were twice as likely to be in a group being treated for prostate cancer. Men who said they didn't start losing their hair until their 30s or later didn't have a higher risk of the disease. 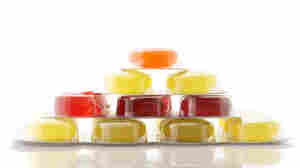 Evidence is piling up in support of zinc's ability to ease cold symptoms. iStockphoto.com hide caption

February 16, 2011 • The latest review of the medical evidence about zinc finds that it can reduce the length of a cold by about a day, and helps reduce the severity of symptoms, too.

More from Your Health