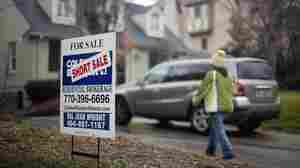 A lack of stability in home prices has made it more difficult for the Obama administration to curb government's role in the country's mortgage-finance giants. David Goldman/AP hide caption

An Uncertain Path Ahead For U.S. Mortgage Giants

January 31, 2011 • The fight over mortgage giants Fannie Mae and Freddie Mac is part of a larger debate about the appropriate role for government in supporting the U.S. housing market. That market is still fragile and heavily dependent on the government-run giants for new home loans.

January 25, 2011 • Safety watchdogs are worried about new "infotainment" systems that force consumers to take their eyes off the road. They think drivers can't handle any more distraction. So far, the federal government is taking a wait-and-see approach when it comes to legislating distracted driving. 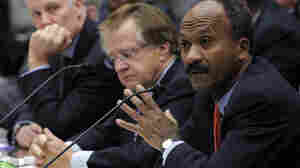 January 24, 2011 • U.S. taxpayers have spent more than $160 million defending former executives at Fannie Mae and Freddie Mac. Meanwhile, the Treasury Department is finishing up a report on how the mortgage giants should be restructured, with the government playing a smaller role in the housing market. 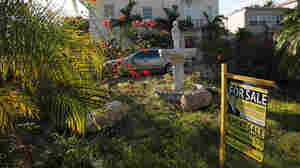 The Double Whammy: Unemployed And Underwater

January 24, 2011 • In the economic disaster zone that is Miami, the unemployment rate is over 13 percent, and nearly half of the people with mortgages owe more than their home is worth. 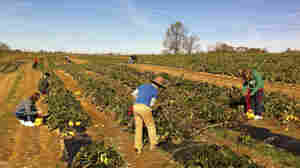 January 20, 2011 • On U.S. farms, gleaning is making a comeback, as a national anti-hunger organization turns to the ancient practice to help feed the poor. And gleaning also gives farmers a way to use produce that would otherwise be wasted. 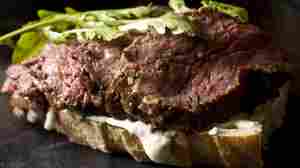 Sales of bison meat like this sirloin steak have risen in recent years, as more consumers look for red meat that is lower in fat and cholesterol than most beef. Larry Crowe/AP hide caption

As Bison Demand Rises, So Does Need For Ranchers

January 20, 2011 • With demand for bison meat outpacing supply, U.S. bison ranchers hope to recruit more people into their industry. A shortage of bison is pushing prices close to record highs.

As Bison Demand Rises, So Does Need For Ranchers 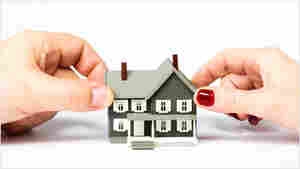 For Sale By Divorce: A Real Estate Niche

January 20, 2011 • A separating couple often needs to sell their home to split the money and finalize the divorce. The terrible housing market can make the situation even worse. But there are some real estate agents who specialize in helping such clients move on.

For Sale By Divorce: A Real Estate Niche 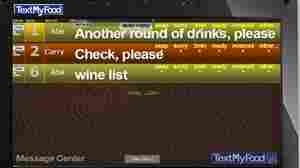 January 17, 2011 • Some restaurants and bars are trying out a new service that allows customers to communicate with their server via text messaging. The technology is designed to reduce wait times and to increase revenue. But it's getting some mixed reviews at a bar in Cambridge, Mass. 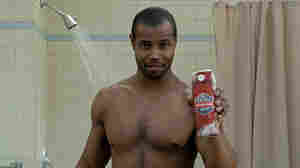 The Future Of Marketing: Ads Get Physical, Digital

January 17, 2011 • Advertisers still buy highly coveted TV spots during the Super Bowl, but increasingly the consumer connection is made online. From viral Old Spice videos to Volkswagen's "Fun Theory" experiments, marketers are finding creative ways to seek out customers in the digital space.

The Future Of Marketing: Ads Get Physical, Digital 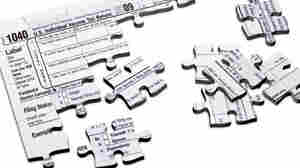 Economists agree that the effort to recalculate the tax system should be guided by the principles of efficiency and simplicity. iStockphoto.com hide caption

January 13, 2011 • It's a pattern you see over and over: Congress is more willing to approve tax breaks than direct spending, even though the effect on government coffers is the same. As a consequence, the tax code has grown increasingly complicated -- and the list of those calling for a sweeping overhaul is growing.

The Ins And Outs Of Collecting Unemployment

January 13, 2011 • The process of navigating the rules and regulations of the unemployment office while continuing to look for work can be daunting. Andrew Stettner of the National Employment Law Project and Josh McKenna of the Idaho Department of Labor talk about misconception the process of getting the benefits.

The Ins And Outs Of Collecting Unemployment

January 12, 2011 • The state's income tax rate is going from 3 percent to 5 percent as lawmakers struggle to close Illinois' budget gap. Most other states face a similar challenge.

January 11, 2011 • Justice Elena Kagan delivered her first majority opinion, siding with a credit card company in a bankruptcy case. The dispute involved the 2005 law enacted by Congress to ensure that people who file for bankruptcy pay part of their debt if they can afford it. 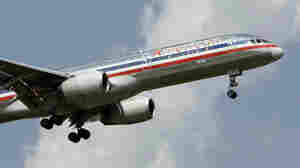 Why You Won't Find American Airlines On Orbitz Or Expedia

January 5, 2011 • A fight has broken out between the airline and the online travel sites. It's part of airlines long-term strategy to sell more goodies, like online wi-fi and extra legroom.