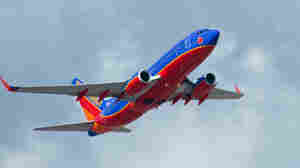 The government wants airlines to be more up front with passengers about the total cost of tickets. Karen Bleier/AFP/Getty Images hide caption

May 31, 2014 • So exactly how much are we paying for an airline ticket? Do you count the fares, the fees and taxes? The government wants airlines to be more up front with passengers about the total cost. 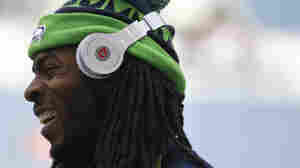 May 31, 2014 • Apple purchased Beats By Dre this week, suggesting the company is looking at smart headphone technology — headphones that can sense what the body is doing. 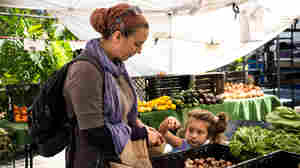 A woman and her daughter shop at a Greenmarket in New York City using Electronic Benefits Transfer, or food stamps. Government data show that fewer people were receiving the benefits in February 2014 than at the peak in December 2012. Andrew Burton/Getty Images hide caption

May 29, 2014 • Last year, about 1 in 7 people in the U.S. were getting food stamps, or SNAP benefits. But the numbers have started to drop as more people find work and better-paying jobs, analysts say. 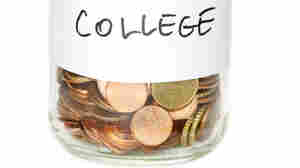 Save up your pennies ... but shop wisely. Doram/iStockphoto hide caption

May 28, 2014 • Higher education always pays off. Except if you do these three things. 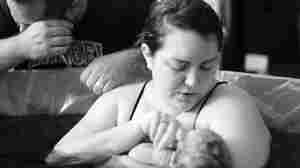 Nick and Rachel Robinson welcome their son Cash, who was born in a midwife's birthing pool. Jessica Hooten/Courtesy of Nick Robinson hide caption

Frustrated By The Affordable Care Act, One Family Opts Out

May 27, 2014 • Many new plans created under Obamacare have consumers and doctors scrambling to figure out which providers accept which plans, and what services are covered.

Frustrated By The Affordable Care Act, One Family Opts Out 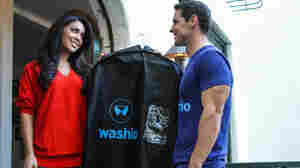 May 26, 2014 • With services that pick up your laundry, deliver you gourmet food, take you on a cheap ride — all with the tap of an app — many of the hassles of life are disappearing. But can these companies last? 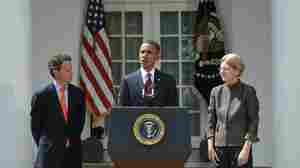 In a war of words between Timothy Geithner and Elizabeth Warren over the bank bailout, who's the victor? Mandel Ngan/AFP/Getty Images hide caption

It's Geithner Vs. Warren In Battle Of The Bailout

May 25, 2014 • Former Treasury Secretary Tim Geithner says the 2008 bank bailout worked well. Sen. Elizabeth Warren says it taught bankers to be reckless because the risks are on taxpayers. Vote for who is right.

Could You Be Driving A Car With A Recall?

May 24, 2014 • General Motors has recalled more than 15 million cars this year. Alec Gutierrez of Kelley Blue Book tells NPR's Scott Simon what this means if you own a GMC, Chevrolet, Buick or Cadillac.

Could You Be Driving A Car With A Recall?

Poor People Can Pay Twice After Committing A Crime

May 22, 2014 • NPR Investigative Correspondent Joe Shapiro tells host Michel Martin about the growing use of fines in the criminal justice system.

Poor People Can Pay Twice After Committing A Crime

May 20, 2014 • Graduates are receiving wads of cash and checks this season, and it may be burning a hole in their pockets. Personal finance counselor Louis Barajas gives ideas on how to use the money wisely. 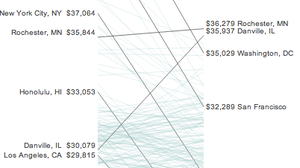 May 20, 2014 • Where do middle-class workers feel richest? Where does the cost of living take the biggest bite?

May 19, 2014 • Fewer young adults are buying homes today compared with a decade ago. The National Housing Conference's Lisa Sturtevant and NPR's Marilyn Geewax explain worries that it could harm the housing market. 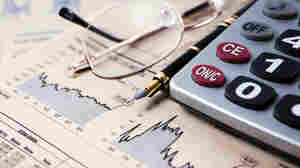 It's one thing to listen to financial pundits for insight. It's another to act on their advice. iStockphoto hide caption

In 'Clash Of The Financial Pundits,' Clarity For The Investor?

May 17, 2014 • Millions of Americans get their financial advice from high-profile pundits on talk radio and cable television. The new book Clash of the Financial Pundits looks at how they affect our investments.

In 'Clash Of The Financial Pundits,' Clarity For The Investor? 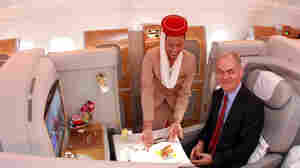 Emirates executive Thierry Antinori poses for the camera in a first-class seat aboard an Airbus A380 in Munich in 2011. Alexander Hassenstein/Getty Images hide caption

May 15, 2014 • Extreme-luxury travel costs sums few of us can afford, and, says anthropologist Barbara King, invites us all to reflect on how the global economy works and our own role in it. 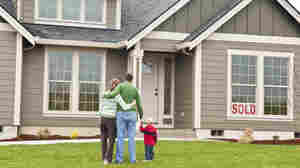 Housing Is Perking Up, But Realtors Worry About Young Buyers

May 15, 2014 • Homeownership rates are depressed for people under 35. Economists say nearly 3 million more young adults are living with their parents, compared with 2007.