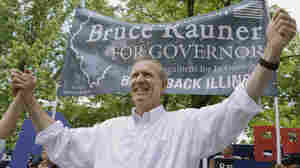 September 24, 2014 • As free-market conservatives, Republicans are philosophically opposed to raising the minimum wage. But a handful in tight races are having second thoughts.

September 19, 2014 • Home Depot says some 56 million card holders were possibly compromised in a cyberattack. It says there's no evidence that debit PINs were comprised or that the breach affected online shoppers. 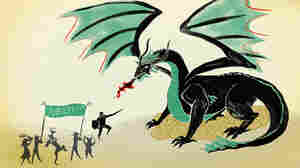 September 17, 2014 • A group called Rolling Jubilee has "abolished" more than $3 million in private student loans from the for-profit Corinthian Colleges. And it's just getting started. 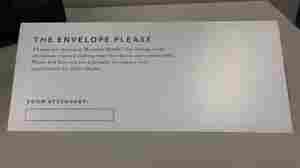 Marriott is putting envelopes like this one in thousands of rooms at its hotels, hoping to boost the number of guests who tip the housekeeping staff. Marriott hide caption

September 16, 2014 • An initiative launched with Maria Shriver's input is raising questions over how the hotel company pays its staff — and whether guests should be expected to tip. 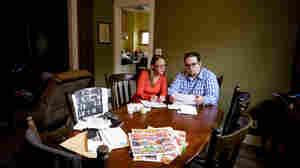 September 16, 2014 • A 1968 federal law allows debt collectors not only to garnish wages but to take from a debtor's bank account. Consumer advocates say the outdated law is overly punitive and out of touch with reality. 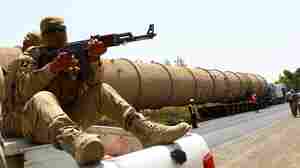 September 15, 2014 • Conflict in oil-producing regions usually sends oil prices higher. But the cost of oil has actually dropped, despite turmoil in the Middle East. Economists say it's a matter of supply and demand. 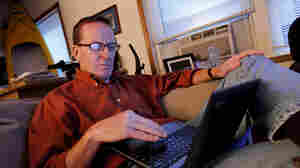 Kevin Evans relaxes in his small apartment after arriving home from work. Evans, who lost income and his home in the recession, is now having his wages garnished after falling behind on his credit card payments. Colin E. Braley/AP for ProPublica hide caption

September 15, 2014 • One in 10 working Americans between the ages of 35 and 44 is getting his or her pay docked for not paying debts. And in most states, the law allows a quarter of wages to be withheld. 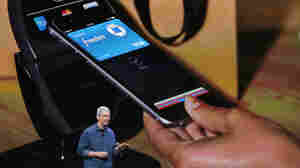 September 12, 2014 • Apple wants to change the way you pay for things. Credit card companies are embracing its new mobile payment system as a boost to security, but analysts say Apple could disrupt the payments industry. 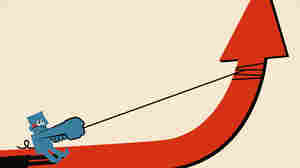 September 12, 2014 • While there were increases in the second quarter of this year, they don't appear to be pushing the growth in health spending toward the painful levels of a decade ago. 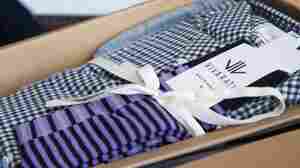 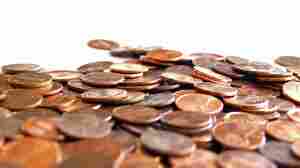 "I honestly believe," argued Mike Hayes, "that no one will feel that it's a hardship to send a penny to me." Aron Hsiao/iStockphoto hide caption

September 6, 2014 • Long before Kickstarter and GoFundMe, an enterprising young student found a way to get strangers to underwrite his tuition bills. The secret to his success? He only asked for a very, very small favor. 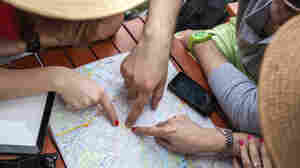 September 3, 2014 • Experiences tend to make people happier than material possessions, research shows. And looking forward to an experience like a concert can feel much better than awaiting the latest smartphone release. 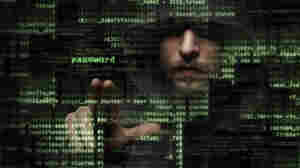 So many big data breaches — not to mention celebrity data hacks — have happened in the past year that we're reacting to hacks with a shrug. GlebShabashnyi/iStockphoto hide caption

September 3, 2014 • So many big data breaches — not to mention celebrity data hacks — have happened in the past year that we're reacting to hacks with a shrug. 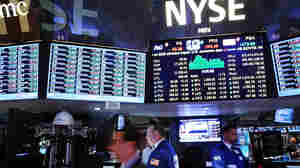 September 1, 2014 • An oft-repeated bit of campaign advice held that, "It's the economy, stupid." But maybe in this midterm election cycle, that's not quite right. 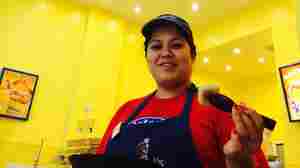 August 28, 2014 • There's a mall in California that straddles two cities. Here's what happened when workers on one side of the mall started making 25 percent more because one city voted to raise the minimum wage.