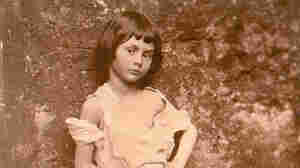 Years Beyond The Rabbit Hole, 'Alice' Looks Back

February 28, 2010 • Melanie Benjamin's Alice I Have Been imagines the life and regrets of Alice Liddell, the real-life girl who served as the inspiration for Lewis Carroll's Alice's Adventures in Wonderland. Alice knew Carroll as Charles Dodgson, a neighbor who told her stories and photographed her as a young girl.

Years Beyond The Rabbit Hole, 'Alice' Looks Back

The (Imaginary) Illness Makes The Man

February 26, 2010 • The Hypochondriacs, Brian Dillon's book about nine historical figures who battled obsessions and fears about their health, shows how these afflictions bled into the work that defined their careers. 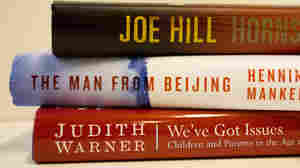 February 23, 2010 • This week, a crime novel from the other Swedish superstar; mystery and devilment by the son of a horror legend; and a reporter examines the explosive growth in diagnosing — and dosing — kids with psychological disorders. 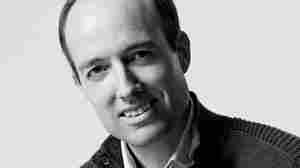 Adam Haslett's first book, a collection of stories called You Are Not a Stranger Here, was nominated for the National Book Award and the Pulitzer Prize. Brigitte Lacombe hide caption

February 23, 2010 • A first novel by a much-honored short-story writer imagines a financial system wracked by risk and on the verge of collapse. Yet Adam Haslett wrote Union Atlantic before the current financial crisis exploded, making him seem more prescient than he will confess to being. 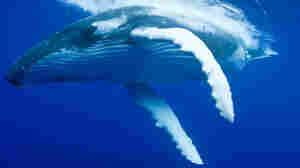 A Hunt For The Mysterious Beasts Of The Deep

February 21, 2010 • Philip Hoare's book, The Whale, is an exploration of the role that the great animals have played in human history, from Moby-Dick to lamp oil to the author's own close encounter with a curious female sperm whale.

A Hunt For The Mysterious Beasts Of The Deep 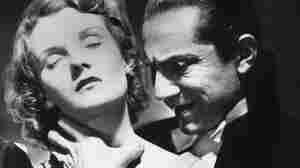 Tod Browning's 1931 film Dracula, released in the chaos and uncertainty of the Great Depression, turns in part on the character of Mina (Helen Chandler), who manages to maintain her i--ocence — and--ontrol — despite having suffered at the hands of Bela Lugosi's vampire. Hulton Archive/Getty Images hide caption

February 18, 2010 • NPR correspondent Margot Adler has read 75 vampire books in the past nine months. It was a fascination with the classic vampire's immortality that got her started — but it was her discovery of the modern vampire's sense of morality that kept her going.

February 18, 2010 • In a small Swedish village, 19 people are found brutally murdered. The investigation of these gruesome deaths takes readers from Sweden to China to Africa in Henning Mankell's latest book, The Man from Beijing. 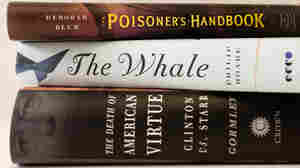 February 17, 2010 • Nina Totenberg passes judgment on the definitive account of Clinton vs. Starr. A true-life tale of Jazz Age medical sleuthing worthy of its own CSI spin-off. And an Ahab-like obsession with whales produces a deeply satisfying natural history of these magnificent monsters.

February 15, 2010 • The Unnamed is a book about a man afflicted with a debilitating condition — a compulsive need to walk until he collapses from exhaustion. Author Joshua Ferris, who also wrote Then We Came To The End, says he wanted to examine the nature of illness. 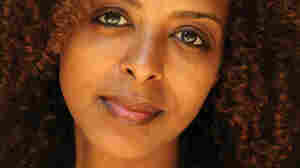 Beneath The Lion's Gaze is Maaza Mengiste's first novel. She was born in Addis Ababa, Ethiopia, and now lives in New York. hide caption

In Ethiopia, A Monarch Falls In 'The Lion's Gaze'

February 13, 2010 • In Maaza Mengiste's first novel, Beneath The Lion's Gaze, she tells the story of a nation at war with itself. Mengiste was born in Ethiopia during the early days of the revolution, which, in 1974, brought down the country's 3,000-year-old monarchy.

In Ethiopia, A Monarch Falls In 'The Lion's Gaze' 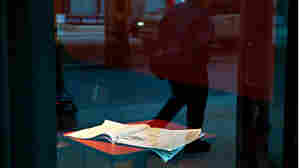 Three-Minute Fiction Round Three: Picture This

February 13, 2010 • For the third round of our contest, we asked you to send us original works of fiction inspired by this photograph. NPR book critic Alan Cheuse will choose a winning story to be read on-air, and meanwhile, we'll keep posting our favorite entries right here.

Three-Minute Fiction Round Three: Picture This 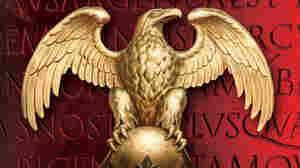 February 11, 2010 • Conspirata is the second novel in author Robert Harris' trilogy about the Roman politician Cicero. The series pits Cicero, who is called a hypocrite for his willingness to compromise, against Julius Caesar, who seeks to refashion the Roman republic in his own image. 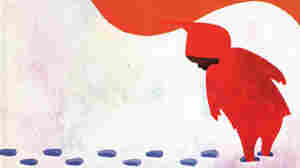 February 10, 2010 • Buried under the drifts in Washington, D.C., we turn to artful descriptions of snow from some favorite writers — in the hands of a good storyteller, snow can be magical, or monstrous. We sample works from Ezra Jack Keats, Laura Ingalls Wilder and, of course, Robert Frost. 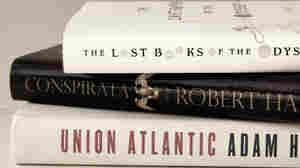 February 9, 2010 • Three novels of past and present: Lynn Neary reviews the "perfect" novel for our down economy — written before the banks failed. Steve Inskeep reads a tale of political infighting resonant of today, but that follows events in Cicero's Rome. And Alan Cheuse celebrates The Lost Books of the Odyssey, a novel both timeless and very contemporary.