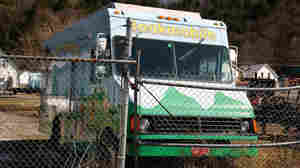 The broken-down Cobleigh Public Library bookmobile sits idle at a storage facility in Lyndonville, Vt. Supporters are raising money to put it back on the road. Herb Swanson hide caption

March 31, 2012 • Those rolling reading rooms are becoming scarce — too costly and outmoded, some say. The bookmobile in one New England town just broke down, and residents are wondering if it's time to shelve it in the history section. 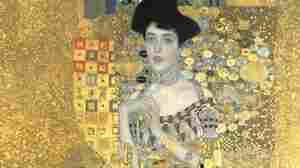 March 31, 2012 • During World War II, the Nazis stripped Jews of their belongings, including many pieces of art. Some of these were returned after long legal battles. Author Anne Marie O'Connor's new book, The Lady in Gold, tells the story behind one of the most famous cases, Gustav Klimt's Portrait of Adele Bloch-Bauer. 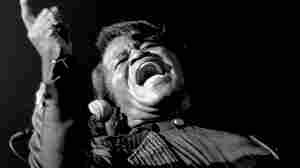 March 31, 2012 • Brown was a music industry survivor, but he wasn't as indestructible as he seemed to believe. RJ Smith's new biography The One presents the soul godfather as an unparalleled performer undone by drugs and violence. 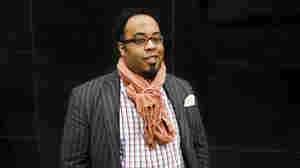 March 30, 2012 • Each month, NPR's All Things Considered invites a poet into the newsroom to see how the show comes together and to write an original poem about the news. This month our NewsPoet is Kevin Young. Want to write your own poem about the day's news? You can put them in the comments below. 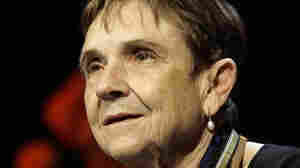 Poet Adrienne Rich received several notable awards over the course of her career, including a MacArthur Fellowship, the National Book Foundation Medal for Distinguished Contribution to American Letters and the Frost Medal. Stuart Ransom/AP hide caption

March 30, 2012 • Adrienne Rich, one of the first widely published contemporary feminist poets, died Tuesday at her home in Santa Cruz, Calif. She was 82. Fresh Air remembers Rich with excerpts from a 1989 interview. 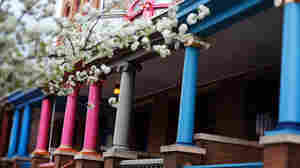 March 30, 2012 • In her first broadcast interview in decades, novelist Anne Tyler introduces us to her new book, The Beginner's Goodbye; her Baltimore; and her definition of heaven. 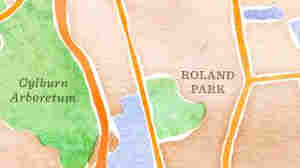 A Tour Of Anne Tyler's Baltimore 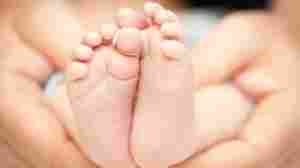 March 29, 2012 • What do you do when your 19-year-old son becomes a father? You roll with the punches. Anne Lamott's new book, Some Assembly Required, is a witty and refreshingly honest record of the joys and stresses of becoming a first-time grandmother. 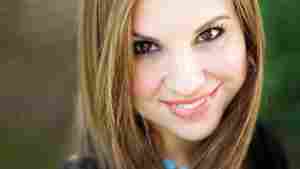 March 28, 2012 • Jasmin Darznik left Iran as a child, knowing very little about her family's past. Years later, she found a photograph of her mother as a child-bride with a groom who was not Darznik's father. That starts a long journey of discovery that she chronicles in her book The Good Daughter. 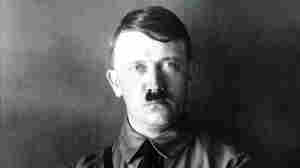 March 28, 2012 • In the new biography Hitler, A.N. Wilson describes the Nazi dictator as the "Demon King of history" but also as an ordinary and even boring man. "Many of the ideas that he had and expressed ... were ideas that more or less everybody had at that time," Wilson says. 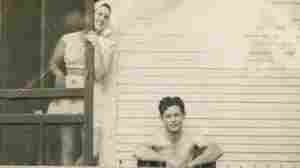 Revealing Reads: The 'Smiling Woman,' The Songwriter And The Sleuth

March 28, 2012 • Margaret Drabble's short stories reveal the contours of her life over the past 50 years, while Leslie Daniels explores a woman's life after divorce, and mystery writer Donna Leon looks into the death of a widow. Plus two new biographies explore the lives of Gypsy Rose Lee and Nashville songwriter Rodney Crowell. 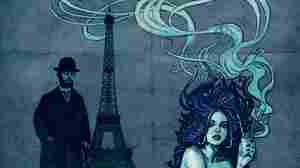 March 28, 2012 • Author Christopher Moore's new novel Sacre Bleu begins and ends with a meditation on the color blue — and in between sends the great artists of Belle Epoque Paris on a quest to discover the truth about the death of Vincent Van Gogh. 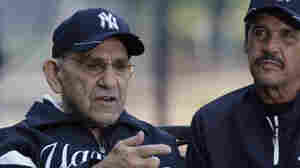 Yogi Berra (left) and Ron Guidry are interviewed before a spring training baseball game between the Yankees and the Washington Nationals at Steinbrenner Field in Tampa, Fla., on March 16. Kathy Willens/AP hide caption

March 28, 2012 • Every year, baseball legend Yogi Berra still goes to Tampa to see spring training. And every year, four-time All-Star Ron Guidry is there to drive him around. A new book tells the story of their adventures together. 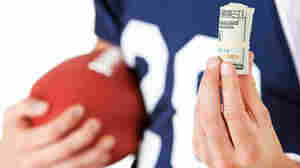 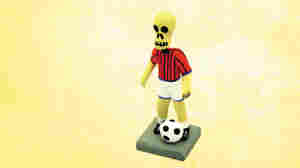 March 28, 2012 • In This Love Is Not for Cowards, Robert Andrew Powell describes the violence devastating Ciudad Juarez and the flailing local soccer team that binds residents together. An ode to loyalty — to a terrible team and a terrible town.