Accessibility links
The Challenges Of A Nuclear Iran Iran's leaders say the country's nuclear program exists only for the purpose of generating electricity. Western intelligence agencies say the Islamic republic aims to produce nuclear weapons and intimidate its neighbors. How close is Iran to getting the bomb? How might it be stopped? And what are the implications? This week, NPR looks at Iran and its suspected nuclear weapons programs. 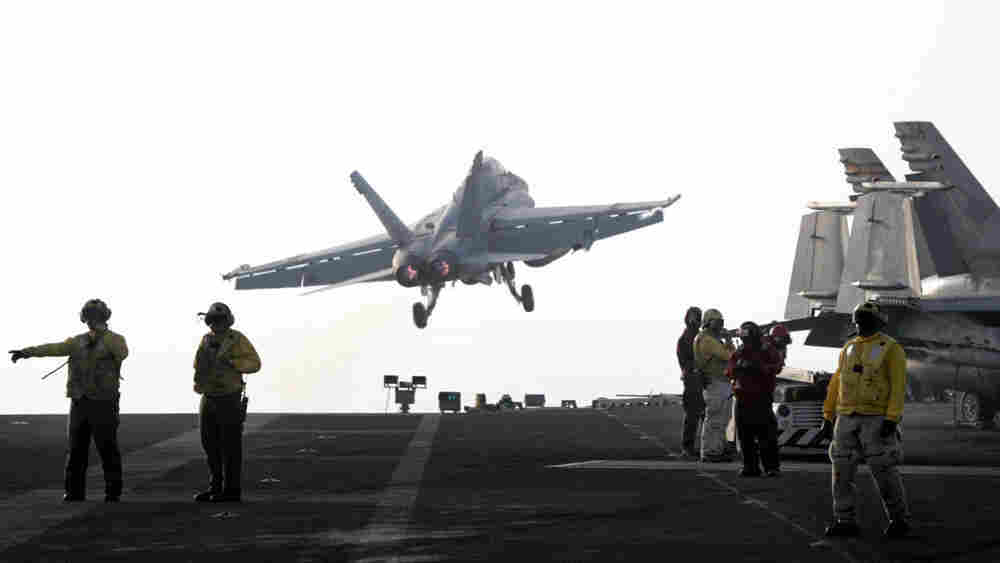 In this May 2007 photo, a F/A-18C Hornet takes off from the flight deck of the aircraft carrier USS John C. Stennis in the central Persian Gulf. The carrier was part of major air and sea exercises by the U.S. military in the Gulf in June 2007, opposite the coast of Iran. Adam Jan/AFP/Getty Images hide caption

August 27, 2009 • Nowhere is concern over Iran's nuclear ambition felt more strongly than among Iran's neighbors in the Persian Gulf. Even as U.S. companies rush to sell them an elaborate missile defense system, Arab leaders worry that Washington will fail to prevent Iran from acquiring nuclear weapons. 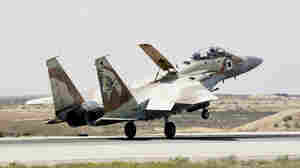 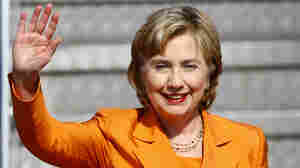 U.S. Secretary of State Hillary Clinton arrives at Don Muang Airport in Bangkok on July 21, ahead of a meeting of the Association of Southeast Asian Nations. During her visit, Clinton said a nuclear Iran could be contained by a U.S. "defense umbrella." Wason Wanichakorn/AP File hide caption

August 26, 2009 • During a visit to Southeast Asia in July, Secretary of State Hillary Clinton candidly discussed what might happen if Iran gets the bomb and suggested one potential response: the extension of the U.S. defense umbrella to friends and allies in the Middle East. 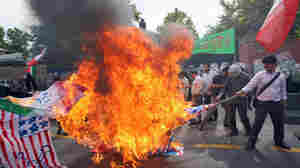 Iranian hard-line students burn U.S. and British flags on June 23, 2009, during a protest outside the British Embassy in Tehran after the country's disputed presidential elections. The conservative incumbent, Mahmoud Ahmadinejad, was re-elected. AFP/Getty Images hide caption

August 25, 2009 • President Obama has said he wants to see if diplomacy can keep Iran's nuclear program in check. But even those who promote the idea are wondering how effective the U.S. can be. 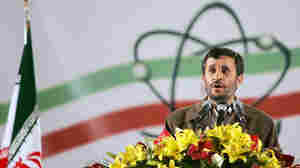 August 25, 2009 • If Iran does eventually become a nuclear-armed state, one option available to the U.S. is an approach that worked for nearly half a century: deterrence. Critics say Iran's leaders are undeterrable because they believe in religious apocalypse. But others say the tactic has been effective with even more recalcitrant foes. 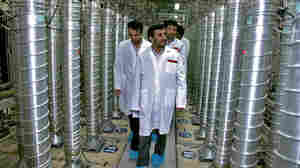 Iranian President Mahmoud Ahmadinejad visits the Natanz uranium-enrichment facilities, about 200 miles south of Tehran, in April 2008. Ahmadinejad announced on Iranian state television during the visit that Iran has begun the installation of some 6,000 new centrifuges, adding to the 3,000 centrifuges already at the facility. The Office of the Presidency of the Islamic Republic of Iran via Getty Images hide caption

August 24, 2009 • Nothing is simple about Iran and its nuclear program. The subject is highly complex, involving questions of physics and chemistry, politics, diplomacy and the military. Even on the fundamental question of how close Iran might be to acquiring a nuclear weapon, there is much debate. 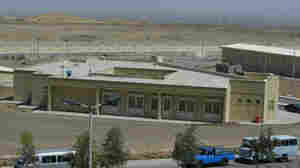 August 24, 2009 • U.S. officials say the window to stop Iran from obtaining a nuclear weapon could close as early as 2013. The Obama administration wants to use diplomacy to stop that, but it also reserves the right to use military means.

August 23, 2009 • Iran says its atoms are for peace, but much of the world worries that the Islamic republic is using its nuclear program to develop bombs. An NPR series this week explores the issue and its implications for the U.S. and the world. 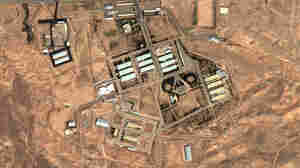 This Aug. 13, 2004, satellite image provided by DigitalGlobe and the Institute for Science and International Security shows the military complex at Parchin, Iran, about 19 miles southeast of Tehran. Anonymous/AP hide caption

March 14, 2012 • The Israeli government wants America's support and help for any possible attack on Iran. U.S. officials have said this isn't the right time for airstrikes. New York Times Washington correspondent David Sanger explains what's at stake for both sides.

Listen · 30:43 30:43
More from The Challenges Of A Nuclear Iran
Browse archive or search npr.org