Accessibility links
Financial Crisis: One Year And Counting, A Special Series The federal takeover of mortgage giants Fannie Mae and Freddie Mac in September 2008 marked the beginning of a period of unprecedented turmoil in the nation's financial system. A special NPR series looks at the system's near collapse and whether any lessons have been learned to prevent another, perhaps more devastating, crisis. 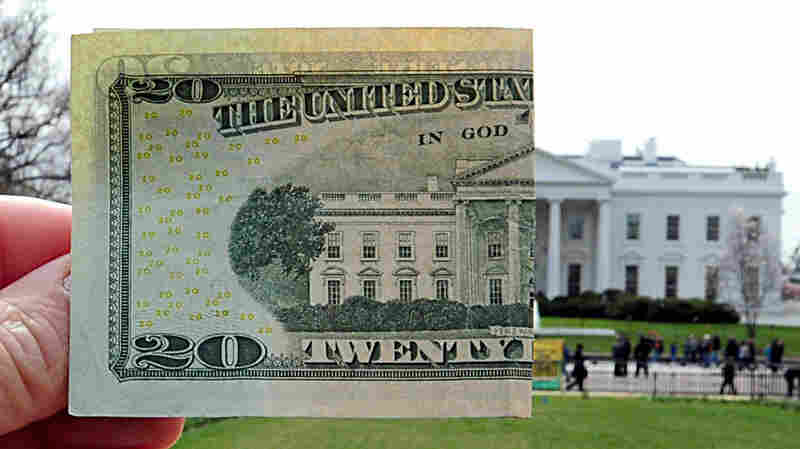 Will the U.S. and other governments dare tell their citizens that to avoid another global crisis, they will have to take bitter medicine? Karen Bleier/AFP/Getty Images hide caption

September 17, 2009 • One year after the global economy crashed, a terrifying question remains: What are the chances the world will go through this all again? The answer all depends on whether we learn the proper lessons from the financial crisis — and apply them.

The Bailout And Fallout: Adding Up The Costs

September 15, 2009 • The U.S. government committed trillions of dollars to fight the financial crisis — propping up ailing banks, rescuing U.S. automakers and providing credit for everything from mortgages to small-business loans. But totaling up the cost of the government's rescue effort is daunting.

The Bailout And Fallout: Adding Up The Costs 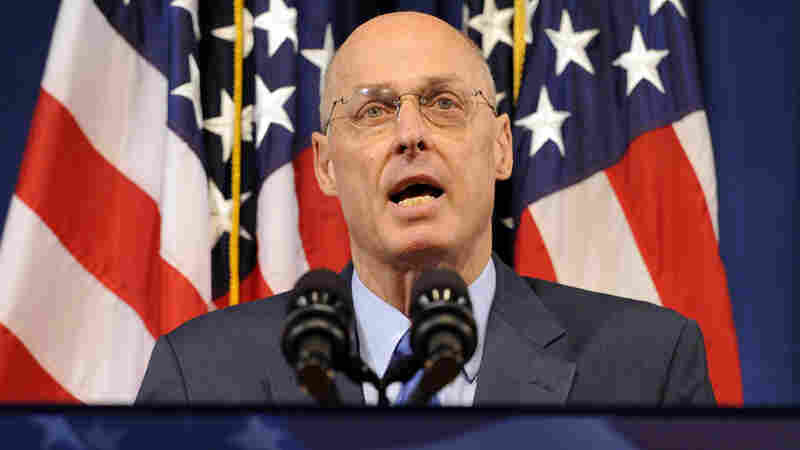 Timeline: A Year Of Financial Crisis

September 5, 2009 • A year ago, a meltdown in the U.S. mortgage market sparked a worldwide crisis that led to rapid, sweeping changes in the financial system. As Wall Street giants teetered, governments stepped in with trillions of dollars in bailouts to prevent a complete collapse. A timeline offers highlights of the past year.

September 15, 2009 • Since February, the CIA and other agencies have been producing a daily "economic intelligence brief" for top U.S. officials. That's in addition to the better known "president's daily briefing," a top secret intelligence document prepared for every president since Lyndon Johnson.

September 15, 2009 • When AIG stunned the global economy by nearly collapsing last year, the insurance giant was being regulated by dozens of agencies in the U.S. Lawmakers eyeing an overhaul of the financial system say that's far too many, but politics makes reducing the number almost impossible.

September 14, 2009 • As the global financial system teetered on the edge of collapse a year ago this week, the Federal Reserve stepped in with unprecedented actions. Yet some lawmakers say the Fed should have done more to prevent the crisis.

September 14, 2009 • The president traveled Monday to the heart of Wall Street to outline proposed changes designed to prevent a crisis like the one that sent the global economy into a tailspin a year ago.

Economic Crisis Creates Some Winners, Too

September 12, 2009 • The financial crisis left a trail of victims in its wake, but there have also been some winners. Washington Mutual Bank disappeared, while other banks that survived now face less competition. Automakers GM and Chrysler survived, but many of their dealers didn't fare so well.

Economic Crisis Creates Some Winners, Too

Reflecting On A Legacy Of Recessions: Job Losses

September 9, 2009 • By any measure, the human toll of this recession has been great. More people are jobless for longer periods than at any time since the late 1940s. Since last September, nearly 6 million jobs have disappeared. Mark Sharps' was one of them.

Reflecting On A Legacy Of Recessions: Job Losses

September 9, 2009 • One year after the financial crisis hit, the foreclosure mess hasn't improved. Economists repeatedly have said that preventing foreclosures is good for the housing market and the economy. But despite a major effort by the Obama administration, many loan modifications aren't going through.

September 5, 2009 • The financial crisis was long in the making. When it hit one year ago, the housing and stock markets took a nosedive along with confidence in the financial system. An NPR series examines the measures taken, the human toll and whether enough has been done to avert the next crisis.

September 8, 2009 • A year ago, the nation's financial system was in peril. Over the course of days, credit markets were paralyzed, storied investment banks went bust, and it seemed the world might be on the verge of a catastrophic depression.

September 8, 2009 • A year ago, the financial crisis offered voters a glimpse of the two presidential candidates in action. It was a moment that solidified Barack Obama's narrow lead over John McCain. Once Obama was elected, the crisis defined his early presidency.

September 6, 2009 • The recession has had taken a dramatic toll on employment, housing and personal finances since it began in December 2007.

September 8, 2009 • Ted Weisberg, president of Seaport Securities and a floor trader at the New York Stock Exchange, says though there has been a stock rally since last year's lows, "there's still a lot of blood on the street." Weisberg says the Dow Jones industrial average is still down 30 percent from its 2007 highs, but he sees the glass as half-full.

September 7, 2009 • The first momentous event in the economic crisis was the stunning takeover of Fannie Mae and Freddie Mac by the federal government. The two mortgage giants had been badly hurt in the collapse of the housing market. A year after the financial crisis spiraled out of control, their future is still unclear.