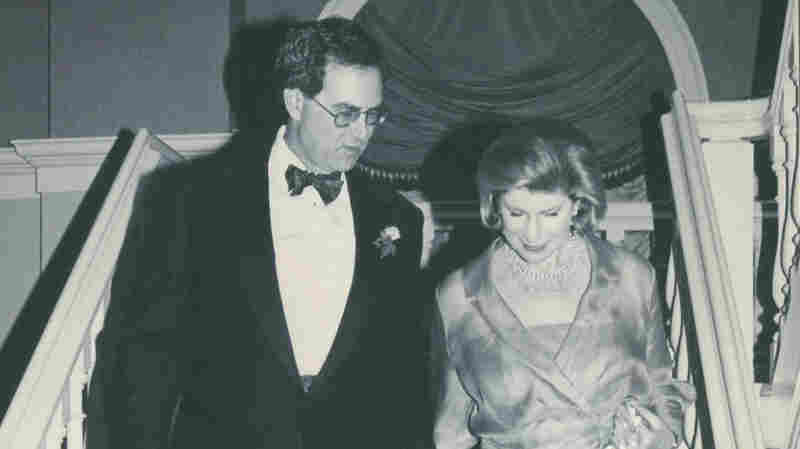 Neither Impeachment Nor An ER Page Could Keep Them Apart

November 29, 2013 • NPR legal affairs correspondent Nina Totenberg and surgeon David Reines ran into each other not long after their spouses had passed away. Soon — despite a couple of unforeseen events — the pair realized it was kismet that they had found each other.

Neither Impeachment Nor An ER Page Could Keep Them Apart 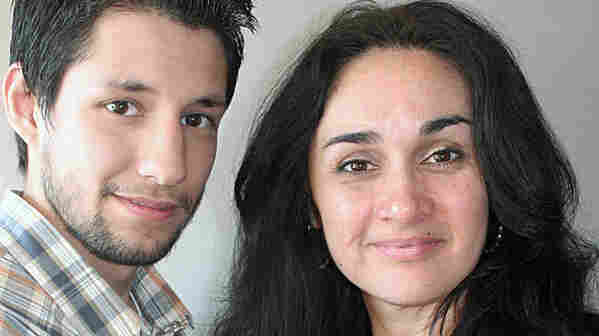 When he was being abused, Rogelio Martinez says his teacher, Lisa Moya King, showed him that he was not alone. StoryCorps hide caption

An Abuse Survivor Finds Family In A Special Teacher

November 29, 2013 • Rogelio Martinez was being abused when he started taking Lisa Moya King's dance class. Soon, Rogelio ran away, and Lisa took him in when he had nowhere to go. "You showed me that I'm not alone," Rogelio says. "That I actually have somebody."

An Abuse Survivor Finds Family In A Special Teacher 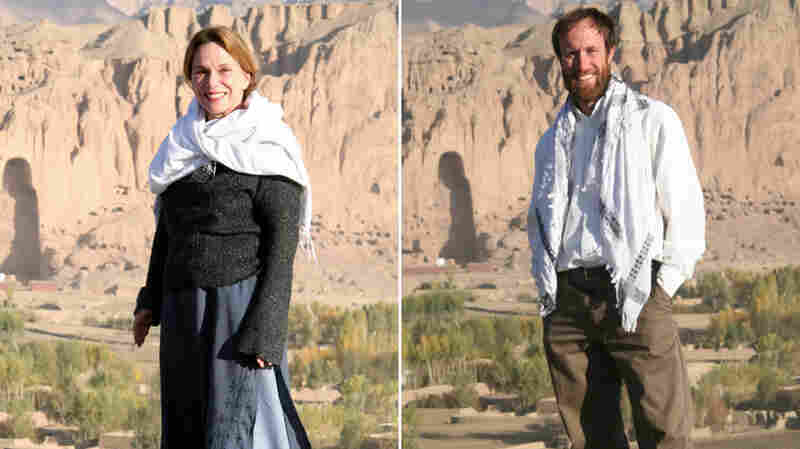 Renee Montagne and Jim Wildman in Bamiyan, Afghanistan, in photos they took of each other. In the background is the space where the giant Buddhas were located before the Taliban blasted them out. Courtesy of Jim Wildman/NPR hide caption

Reflections On A Bond Forged Through Storytelling

November 28, 2013 • When NPR's Renee Montagne thinks of her longtime producer Jim Wildman, she goes back a few years to their reporting adventures in Afghanistan. The two took five trips there from 2006 to 2011. Wildman will soon leave NPR, and in this National Day of Listening conversation, he says farewell to his friend and colleague.

Reflections On A Bond Forged Through Storytelling 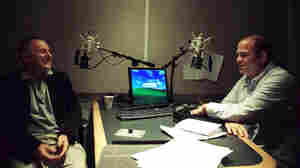 Remembering When A Teacher Had His Back

November 24, 2013 • Friday is the National Day of Listening, a chance to sit down with a loved one, turn on a tape recorder and ask that person about his or her life. NPR's Mike Pesca chose to talk with his one of his middle school teachers, Kevin Sheehan, about lessons they learned from each other.

Remembering When A Teacher Had His Back 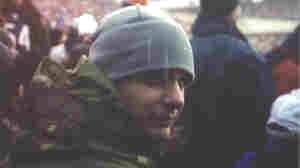 Army Spc. Matthew Bolar attended the NFL's NFC championship game in January 2007 with his father, Gordon. A few months later he was killed by an IED. Courtesy of Gordon Bolar hide caption

A Father Remembers The Son He Lost To War

November 23, 2012 • Gordon Bolar knew he couldn't talk his son Matthew out of joining the military, because "he was a young man who knew what he wanted to do." So, Matthew "served his country, and that was his highest calling," and his father pays tribute to that every day.

A Father Remembers The Son He Lost To War 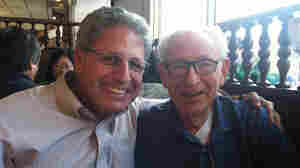 Remembering A Father And Connecting Generations

November 21, 2012 • As part of StoryCorp's National Day of Listening, Tell Me More invited NPR President and CEO Gary Knell to talk about his father, the late David Knell, who was an Army officer in Texas during World War II.

Remembering A Father And Connecting Generations

A Street Fight Leads To Love

November 26, 2010 • Guest host Mary Louise Kelly speaks with her dad, Jim Kelly, for the StoryCorps National Day of Listening project. She asks him how he met her mother and for advice to pass along to her own children.

A Street Fight Leads To Love 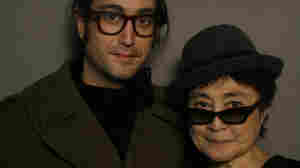 November 26, 2010 • Lennon recently sat down with his mother, Yoko Ono -- not to talk about John Lennon or The Beatles, but to talk about her life and a strange coincidence involving limo drivers in their past. 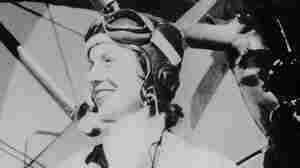 Ellene Montagne decided at 10 she wanted to be a pilot. She's pictured here in 1947 near Fort Belvoir, Va., where she learned how to fly at a local airport. Courtesy of Michael Montagne hide caption

November 25, 2010 • Ellene Montagne learned to make her own fun growing up with four siblings on a large farm in Nebraska. She passed her spirit of adventure on to her daughter, Renee. 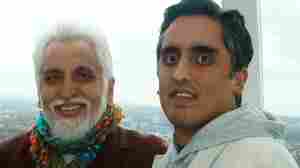 Arsalan and father Dr. Tariq Iftikhar enjoy a family moment during a trip to London in May 2009. Family photo hide caption

Thanks To You: A Father-And-Son NPR Moment

November 23, 2010 • Guest blogger Arsalan Iftikhar tells how participating in a recent NPR StoryCorps project sealed a special bond between him and his dad.

Doctor And Son: A Tradition Of Service

November 23, 2010 • As part of NPR StoryCorps National Day of Listening project, Tell Me More regular contributor Arsalan Iftikhar sits down with his father, Tariq, to share personal thoughts and stories that have shaped their father-son relationship.

Doctor And Son: A Tradition Of Service 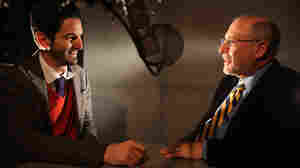 NPR's Guy Raz and Robert Siegel chat about Siegel's first days in radio. Friday is the National Day of Listening, a chance to sit down with a loved one, turn on a tape recorder, and ask that person about his life. John Poole/NPR hide caption

November 21, 2010 • NPR's Robert Siegel realized he wanted to pursue a career in radio after anchoring broadcasts at Columbia University's radio station during sit-in demonstrations in 1968.

A Time To Listen: The Day I Became A Dad

November 21, 2010 • Poet E. Ethelbert Miller, an occasional commentator on Weekend Edition Sunday, recently sat down with his daughter, Jasmine Simone Miller, for the National Day of Listening project, an effort to encourage people over Thanksgiving to sit down with a loved one and listen. They talk about the day Ethelbert found out he was going to be a father.

A Time To Listen: The Day I Became A Dad

A Last Conversation With Daniel Schorr

November 20, 2010 • This Thanksgiving, the National Day of Listening encourages you to sit down with a loved one and listen. Today we revisit a portion of Jonathan Schorr's conversation with his father, veteran reporter Dan Schorr, who died earlier this year.

A Last Conversation With Daniel Schorr

November 27, 2009 • As part of the National Day of Listening, Tell Me More host Michel Martin speaks with Athelia Knight, her best friend and godmother to her children.

November 27, 2009 • On the National Day of Listening, take an hour to record the stories and experiences of someone close to you. NPR guest host Jennifer Ludden does her part and speaks with her mother-in-law Marilyn Holmes, about her time in France during the second World War.

November 27, 2009 • Friday is the National Day of Listening — it is a chance to sit down with a loved one, turn on a tape recorder; and ask that person about their life. It's the kind of conversation that's been heard in the StoryCorps project. Juan Williams sat down and had a conversation with his daughter, Regan Williams Herald, who is expecting his first grandchild.

November 21, 2009 • The longtime journalist chats with his son as part of StoryCorps' National Day of Listening project. NDOL encourages people to sit down with a loved one the day after Thanksgiving and record a meaningful conversation.

November 20, 2009 • As part of StoryCorps' National Day of Listening project, Simon explains how he responds when asked, "Where did I come from?" by his 6-year-old daughter, Elise. NDOL encourages people to sit down with a loved one the day after Thanksgiving and record a meaningful conversation.