March 1, 2010 • The Vancouver Winter Olympics closed Sunday night with a ceremony celebrating the home country — quirks and all. It was one big indoor party with 60,000 people, including 2,600 athletes attending. International Olympic Committee president Jacques Rogge said they were "excellent and very friendly games."

February 27, 2010 • So these won't be remembered as the Vonn-couver Olympics after all. It's looking like they will belong to the entire U.S. delegation instead.

March 1, 2010 • The Winter Olympics will next be held in the resort town of Sochi, Russia. Travel agent Slava Shirokov says he is already getting travel inquiries. He talks about sochi's attractions and what visitors can expect when they arrive in the "Russian Riviera."

March 1, 2010 • The big game lived up to the hype. Canada need overtime to beat the United States to win the gold medal in men's hockey at the Winter Games. It's a fitting end to the Vancouver Olympics for Team Canada which won a record 14 gold medals during the games.

February 28, 2010 • Team Canada vs. Team USA — it's the gold medal hockey game, and a rematch of historic proportions. NPR's Guy Raz talks to NPR's Martin Kaste, who is on the raucous streets of Vancouver.

February 27, 2010 • Snowboarder Chris Klug's career almost ended after the 1998 Olympics because of liver disease. But he got a transplant a decade ago, and went on to take a bronze medal in 2002 — likely the only Olympic medal won by a transplant recipient. Now, Klug is back once again for the Vancouver games.

February 27, 2010 • Attentive Olympic spectators may notice that most Canadian hockey players shoot left-handed, while U.S. players tend to shoot from the right. How did that happen? 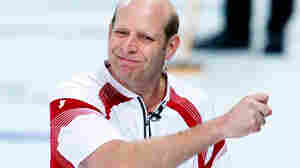 February 26, 2010 • The undefeated Canadian men's team plays Norway for the curling gold medal on Saturday. By all accounts, Canada has the best curler — some say the best ever. In fact, an opponent recently called Kevin Martin "the Michael Jordan of curling." But can even that comparison get a curling newbie excited about the sport of sliding stones on ice? 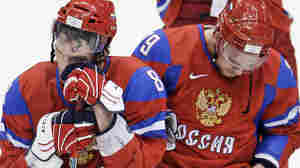 February 26, 2010 • Expectations were high for Russian athletes in Vancouver, but an underwhelming showing has left Russians at home full of disappointment and shock — and looking to 2014, when Russia will host the Winter Olympics.

February 26, 2010 • There are many stories of great U.S. success at the 2010 Winter Olympics, but none may be greater than the gold medal in Nordic Combined. Bill Demong won gold Thursday, the first U.S. gold in any Nordic sport, since the winter games began 86 years ago. Helen Demong, Bill Demong's mother, talks about seeing her son bring home the gold.

February 26, 2010 • At the Winter Olympics Thursday night, South Korea's Kim Yu-na won gold in women's figure skating. She shattered her own world mark with 228.56 points, more than 18 higher than her previous record. Kim has been dubbed the "Queen" by South Koreans. Mao Asad of Japan was a distant second, followed by Canada's Joannie Rochette, the sentimental favorite who performed four days after her mother suffered a fatal heart attack. 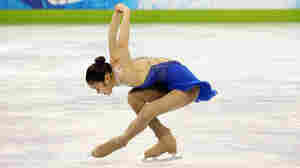 February 26, 2010 • South Korean figure skater Kim Yu-na shattered her world record for points with a performance likely to be remembered as one of the best of all time, while the U.S. nabbed its first gold medal in a Nordic event. Canada's women's hockey team also won gold, but their raucous after-party may tarnish the victory.

February 25, 2010 • As the 2010 Winter Games enters its final days, the U.S. women's and men's hockey teams hope to medal. Also, no athletes have tested positive for performance enhancing drugs. Is doping at the Olympics a thing of the past? 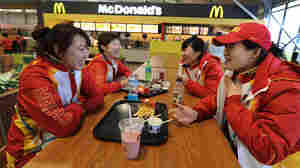 Chinese short-track speedskaters eat in the dining hall during a media tour of the Olympic Village in downtown Vancouver on Feb. 9. Mark Ralston/AFP/Getty Images hide caption

February 25, 2010 • Corporations spend millions to attach themselves to the Olympics, getting exclusive rights that they hope will boost the corporate image in return. But they also provide behind-the-scenes perks, like doing athletes' laundry, providing free food and handing out diapers for their children. 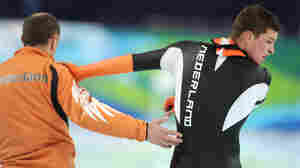 February 24, 2010 • Dutch skating star Sven Kramer was well on his way to winning a gold medal in the men's 10,000-meter speedskating event Tuesday night when his coach shouted at him to switch lanes. He did. Big mistake.

February 24, 2010 • The women's figure skating competition began Tuesday night at the Winter Olympics in Vancouver. South Korea's Kim Yu-Na is well out in front of the pack, after skating a nearly flawless short program. Japan's Mao Asada finished the event in second place. But the biggest ovation came for Canadian Joannie Rochette. She skated into third place just two days after her mother died unexpectedly. 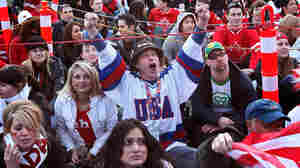 February 24, 2010 • The Winter Olympics are basically a TV show — and a successful one. Lindsey Vonn and other U.S. medal winners even helped NBC's telecast win a ratings battle with American Idol. But Frank Deford says the whole spectacle could shift to ESPN by the time we get to Sochi in 2014.

February 23, 2010 • U.S. hockey has been a dominating force at the Vancouver games. The men's team upset Canada earlier this week, forcing the home team to compete for a spot in the quarterfinals. Meanwhile, the women have blown apart their competition thus far, giving up only two goals versus the 40 they have scored. 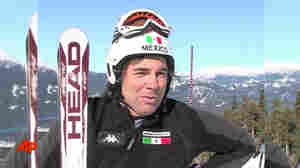 February 23, 2010 • Slalom skier Hubertus von Hohenlohe is 51 years old and competing in his fifth Winter Olympics. But that's not all that makes him distinctive: He's also the only athlete at this games representing Mexico. And he's a descendant of a German royal family. 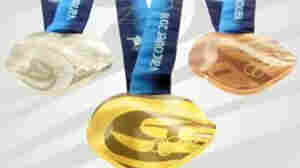 February 23, 2010 • At the 2010 Winter Olympics in Vancouver, every medal given out has a unique design. Co-designer Corrine Hunt shows off the artwork that was used in the medals' creation. She also demonstrates her art: engraving gold and silver to make jewelry and accessories.

How Does The Judging Work In Figure Skating?

February 22, 2010 • Ever give yourself a headache trying to figure out how the scoring works in figure skating? Get a breakdown of the rules and requirements in the three figure skating events: men's and women's individual; pairs; and ice dancing. And then find out how the skaters' points are awarded and how their total scores are calculated.

February 22, 2010 • U.S. athletes have put on an impressive performance at the Winter Olympics in Vancouver. Despite Canada's "Own the Podium" program, the host nation has not picked up as many medals as it had hoped.