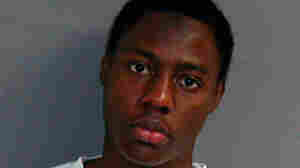 February 19, 2010 • NPR News Investigation: Intelligence officials suspect that American-born radical imam Anwar al-Awlaki may have lured Umar Farouk Abdulmutallab to Yemen for training by al-Qaida operatives before the young Nigerian tried to bring down a Detroit-bound trans-Atlantic airliner on Dec. 25. A look at the cleric and his reach. 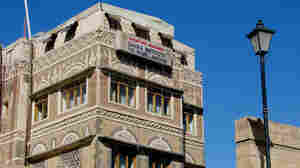 February 19, 2010 • NPR News Investigation: Umar Farouk Abdulmutallab took two separate trips to Yemen, four years apart, to learn Arabic at a school near the capital. Officials now wonder whether the second trip, in 2009, was simply an excuse to gain entrance to Yemen to train with al-Qaida. 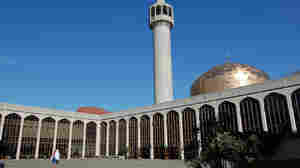 Regent's Park Mosque, also known as London Central Mosque, where Umar Farouk Abdulmutallab worshiped while he was living in London from 2005 to 2008. An ex-member of a radical Islamist group says gatherings at the mosque, and others like it, are used to identify potential recruits. Courtesy of Pucasso via Flickr hide caption 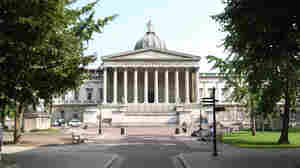 University College London, where Abdulmutallab studied from 2005 to 2008, is one of 12 British universities on an intelligence agency watch list. Courtesy stevecadman via Flickr hide caption

February 18, 2010 • Umar Farouk Abdulmutallab's evolution as a radical Muslim took root in his home in Nigeria, but found rich soil during his time as a university student in London. The man accused of trying to blow up a Detroit-bound airliner rubbed shoulders with Islamic extremists and organized an event that brought former Guantanamo detainees to campus to speak.

February 17, 2010 • An NPR News Investigation: Umar Farouk Abdulmutallab, the young man charged with trying to blow up a plane on Christmas Day, came from predominately Muslim northern Nigeria. Analysts say the area could be an incubator for extremism as Islamic fundamentalism spreads among a population facing inequality and opposed to U.S. foreign policy in Muslim nations. 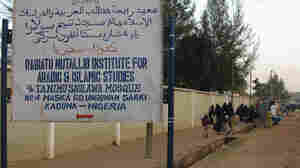 The religious school where Umar Farouk Abdulmutallab studied the Quran. The school was named after Abdulmutallab's grandparents and financed by his father, a respected and wealthy banker. Ofeibea Quist-Arcton/NPR hide caption

February 17, 2010 • The alleged Christmas Day attacker grew up in a strict, well-to-do family in a region of northern Nigeria heavily impacted by religious violence. When he left home for boarding school, he became increasingly troubled by his family's Western lifestyle and turned more ardently to Islam. Part 1 of an NPR News Investigation.

Timeline: From Student To Radical

February 16, 2010 • The young Nigerian man accused of trying to blow up a Detroit-bound airliner on Christmas Day is the well-educated son of a prominent banker. Umar Farouk Abdulmutallab was born Dec. 22, 1986, in Lagos, Nigeria, and grew up in the city of Kaduna, in the country's Muslim-dominated north.