Oscar Documentaries: A Look Behind The Scenes

February 14, 2013 • Over the last two weeks, Talk of the Nation has featured Oscar-nominated filmmakers from the "Best Documentary Feature" category. To wrap up the series, NPR arts critic Bob Mondello discusses how the Oscar business works and shares his favorites from this year's nominees.

Oscar Documentaries: A Look Behind The Scenes 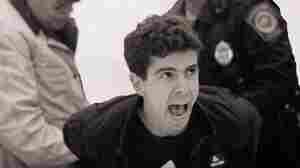 February 12, 2013 • Director and producer David France documents the struggle of HIV/AIDS activists as they fought for better care and access to new medicines in the early days of the epidemic. "There are today, 8 million people alive on those drugs that were spearheaded in this remarkable meeting of minds and hearts," France says.

February 11, 2013 • The Invisible War looks at the ongoing issue of sexual assault in the military. Victims document the unsettling repercussions of reporting their assault within the military adjudication system. Part of an ongoing series of conversations with Oscar nominated documentary filmmakers.

February 6, 2013 • In 5 Broken Cameras, co-directors Emad Burnat and Guy Davidi tell the story of a Palestinian village that is protesting the establishment of an Israeli security wall that cuts villagers off from parts of their land.

February 5, 2013 • In Searching for Sugar Man, director Malik Bendjelloul tells the story of the search for Rodriguez, an American musician who never made a splash in his home country, but who — unbeknownst to him — became the voice of the liberal, white, anti-apartheid movement in South Africa. 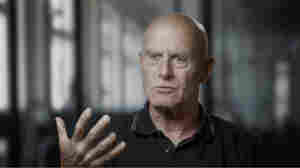 The interviews that form the core of The Gatekeepers began with a connection to Ami Ayalon, who was the head of Shin Bet from 1996 to 2000. Avner Shahaf/Sony Pictures Classics hide caption

January 24, 2013 • Dror Moreh's Oscar-nominated documentary, The Gatekeepers, is built around the confessions and ruminations of the six surviving heads of the Shin Bet — Israel's domestic security service. 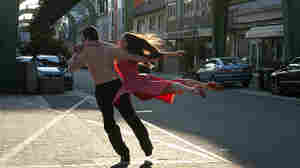 February 23, 2012 • Director Wim Wenders' documentary tribute to German choreographer Pina Bausch is nominated for an Academy Award. When Wenders and Bausch met more than 20 years ago, they started planning a film that would capture her unique style of modern dance. Bausch died suddenly just days before filming started. 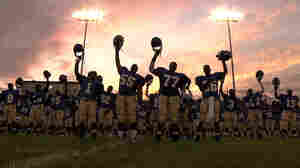 February 22, 2012 • In 2009, volunteer coach Bill Courtney led Manassas High School's struggling team to the playoffs. Filmmakers Dan Lindsay and T.J. Martin chronicle the challenges of the Memphis team — on and off the field — in the Oscar-nominated documentary Undefeated. 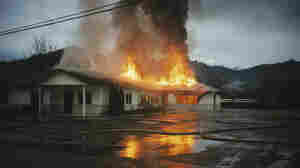 Members of the Earth Liberation Front were charged with arson in the 2001 Superior Lumber Co. fire in Glendale, Ore. Roy Milburn hide caption

February 21, 2012 • In the documentary If a Tree Falls, director Marshall Curry tells the story of the rise and fall of the Earth Liberation Front, a radical environmentalist group that the FBI once described as America's No. 1 domestic terrorism threat. The film was nominated for an Academy Award. 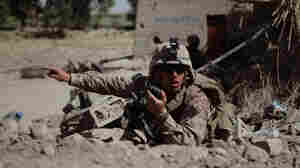 Hell and Back Again focuses on Sgt. Nathan Harris' life on the battlefield in Afghanistan and at home in North Carolina. Courtesy Danfung Dennis hide caption

February 20, 2012 • Photojournalist Danfung Dennis embedded with the U.S. Marines in Afghanistan. His documentary, Hell and Back Again, has been nominated for an Academy Award. The film follows Sgt. Nathan Harris, who is wounded in battle and struggles to transition back into civilian life. 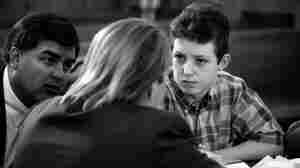 Jason Baldwin was sentenced to life in prison when he was 16 years old. He was released in August 2011. Courtesy HBO hide caption

January 18, 2012 • In 1994, three teens were convicted of the murder of three boys in West Memphis, Ark. The trial drew national attention, due in part to the HBO documentary series Paradise Lost. The "West Memphis Three" appealed their convictions and were released from prison in August 2011.

February 24, 2011 • After being asked to lease his land for drilling by the booming natural gas industry, filmmaker Josh Fox took a cross-country road trip to document the environmental impact of gas drilling on local communities. 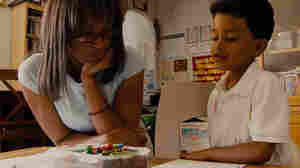 Francisco, seen here with his mother, Maria, is one of the students Davis Guggenheim follows in Waiting for Superman. Paramount Vantage hide caption

Why 'Waiting For Superman' Didn't Get An Oscar Nod

February 23, 2011 • Restrepo, Inside Job, Waste Land, Exit Through the Gift Shop and Gasland are up for Oscars. But some early favorites, like Davis Guggenheim's Waiting for Superman, were left off the list. Bob Mondello, NPR's arts critic, talks about what academy members look for in the nominees for Best Documentary.

Why 'Waiting For Superman' Didn't Get An Oscar Nod

February 22, 2011 • In Exit Through the Gift Shop, reclusive street artist Banksy tells the story of Thierry Guetta, a videographer who sets out to capture the world of street art. Through a series of unlikely events, Guetta becomes the subject — and a street artist, himself.

February 21, 2011 • Waste Land tells the story of workers at Brazil's largest garbage dump, who wade through tons of garbage daily looking for recyclable scraps to sell. Director Lucy Walker documented the pickers and artist Vik Muniz, who turned the landfill into the canvas for beautiful art projects made of trash.