Accessibility links
Retirement Planning: Beyond The Downturn The market plunge during the Great Recession has left many people without adequate funds for a comfortable retirement. Americans are trying to put their retirement investing back on track. But experts say they need more education as well as help balancing their portfolios. 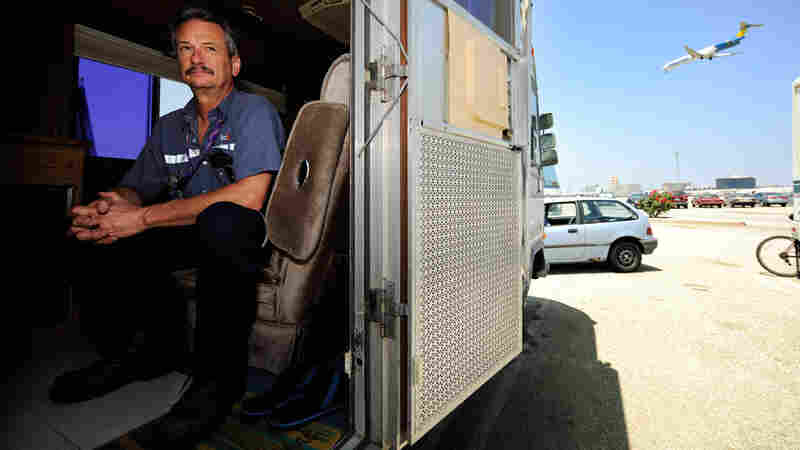 Aircraft mechanic Jere Herr of Indianapolis prepares to go to work while seated in his recreational vehicle, parked in a lot at the Los Angeles International Airport. He lives by the airport to save money for the future. One-third of Americans will have to rely on Social Security benefits — not pensions — in their retirement years. Kevork Djansezian/Getty Images hide caption

March 4, 2010 • The market plunge during the Great Recession has left many people without adequate funds for a comfortable retirement. Only about half the U.S. workforce is covered by some type of an employer-sponsored retirement plan. That means many workers depend on Social Security. 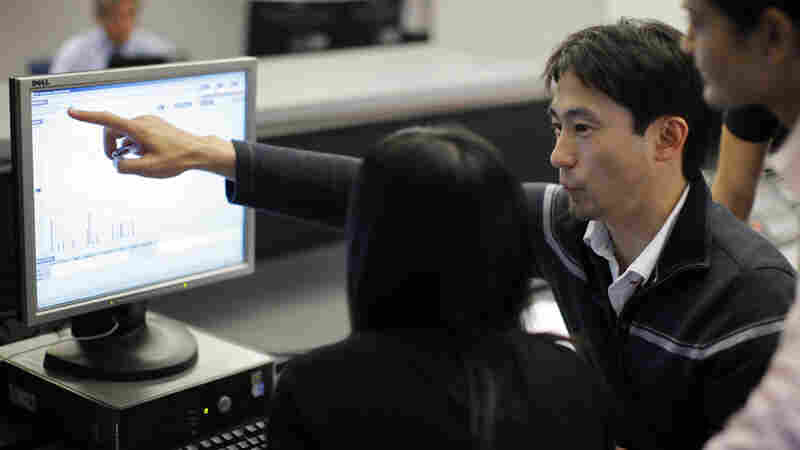 At MIT's Sloan School of Management, students participate in a simulated stock market last July. Investing in stocks when prices are cheap can lead to long-term gains that ultimately bolster one's nest egg. It's a premise many young people understand, but the turmoil of the Great Recession kept some on the sidelines. Brian Snyder/Reuters/Corbis hide caption

March 3, 2010 • What if you could just pick the year you expect to retire and then let a retirement fund do the heavy lifting? That's what target-date or lifecycle funds promise. They're gaining in popularity, but only about 7 percent of all 401(k) assets are held in such funds. 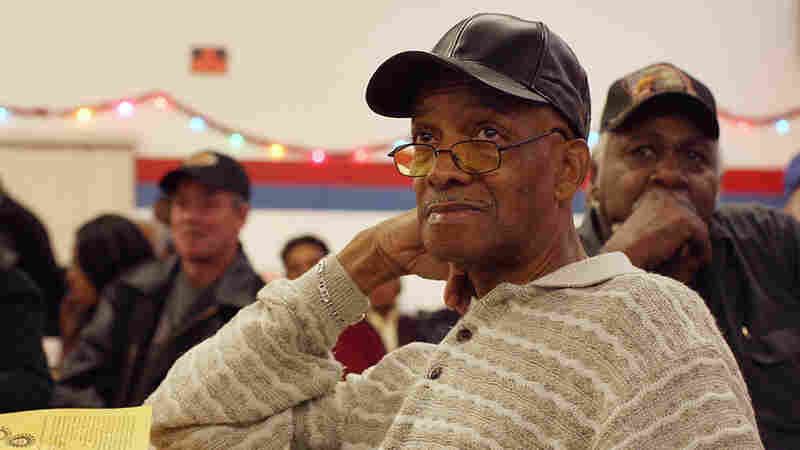 Retired members of the United Auto Workers (UAW) listen to details of their retirement accounts while they attend a monthly benefits meeting in Detroit in 2008. Investment experts say people make the mistake of not adjusting the balance of stocks and bonds in their portfolios after making their initial investment. Spencer Platt/Getty Images hide caption

Rebuilding A Nest Egg After The Great Recession

March 2, 2010 • After sustaining huge losses, Americans are trying to put their retirement investing back on track. Investment experts say people remain slow to adjust the balance of stocks and bonds in their portfolios. Many advocate making investments more conservative as you approach retirement.

Rebuilding A Nest Egg After The Great Recession

Listen · 7:47 7:47
More from Retirement Planning: Beyond The Downturn
Browse archive or search npr.org