September 24, 2010 • Planet Money's pet toxic asset died this week. She was killed by one of the worst housing busts in U.S. history. Watch the video. 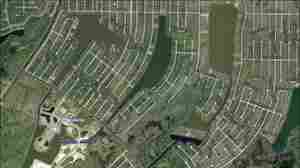 Before Toxic Assets Were Toxic 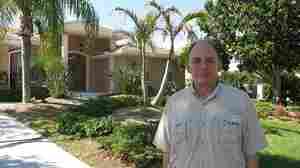 Dr. Fred Bloom unwittingly sold this house into what may have been a mortgage-fraud ring. Chana Joffe-Walt/NPR hide caption

A Tiny Slice Of A $200 Million Mortgage Fraud 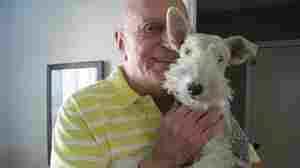 July 22, 2010 • We bought a toxic asset full of mortgages gone bad. Then we went to Florida to find some of the people behind the mortgages.

May 21, 2010 • The Planet Money team was supposed to get another payment on its mortgage-filled toxic asset. But things aren't looking so good. This month there was no payment. So far they, have received $449 but it cost $1,000 to buy the asset earlier this year. 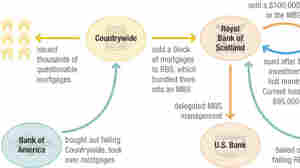 Seeking A Smoking Gun In A Toxic Asset

April 16, 2010 • A toxic asset like one purchased by NPR's Planet Money is the subject of a lawsuit. A New Jersey carpenters union invested $100,000 in a mortgage-backed bond now worth $5,000. It wants payback.

Seeking A Smoking Gun In A Toxic Asset 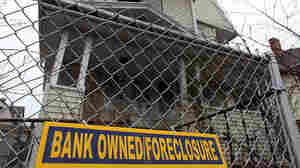 The collapse of the housing market has turned more than $1 trillion in mortgage-backed bonds into toxic assets. Spencer Platt/Getty Images hide caption

March 19, 2010 • During the peak of the housing market, the value of the mortgages that got stuffed into those complicated mortgage bonds known as toxic assets was more than $3 trillion. But now the market has stalled, in part because many sellers are waiting for the economy to improve. 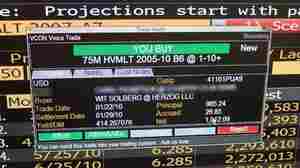 A computer monitor confirms the purchase of a toxic asset. (Note: Some information is intentionally blurred out.) David Kestenbaum/NPR hide caption

We Bought A Toxic Asset; You Can Watch It Die

March 12, 2010 • Remember those complicated bonds full of home mortgages? The ones that almost brought down the economy? A team of reporters with NPR's Planet Money used $1,000 of their own cash to buy a tiny piece of one -- and plan to track it until it dies.

We Bought A Toxic Asset; You Can Watch It Die