Accessibility links
I-95: The Road Most Traveled Interstate 95 may be one of the least romantic roads ever built. But what it lacks in beauty, it makes up for in utility. How has this asphalt Amazon transformed the economy of the Eastern Seaboard? 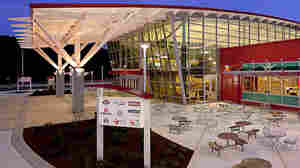 August 29, 2010 • The Delaware Travel Plaza was never so classy. It just reopened, and now the 42,000-square-foot roadside stopover may just be worth an extended stay. 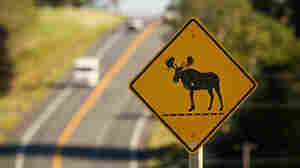 State legislator John Martin advises people in northern Maine to drive down the middle of the road at night so they have a little more time to react to moose crossings. Carl D. Walsh For NPR hide caption

August 28, 2010 • Past the very northern end of Interstate 95, traffic dwindles to just a few thousand cars a day. Past that, there's no sign of the highway residents were promised more than 60 years ago. 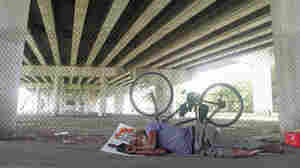 August 28, 2010 • Interstates changed the way we think about cities. The highways helped create the suburbs, the megalopolis and the 90-minute commute.  In return, Interstate 95 demanded sacrifices that changed some communities forever.

Things You Didn't Know About I-95

August 27, 2010 • How many rest stops are there along I-95? How many 24-hour gas stations? What famous politician died just eight days after dedicating the highway? Our handy fact sheet has enough trivia to make you an I-95 nerd. 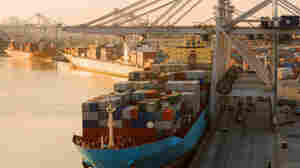 Some call the Port of Savannah "The Quiet Giant."  About 80 percent of the freight unloaded at the Port will travel on I-95 for at least some part of the journey to retail stores across the country. Courtesy Port of Savannah hide caption

August 22, 2010 • Just a small part of I-95 runs through Georgia, but it's a vital part of a pipeline that hauls goods to and from the Port of Savannah. Some call the port "The Quiet Giant," and its economic impact is enormous. 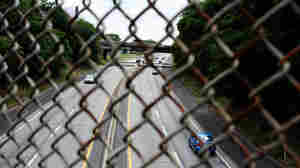 A bridge overlooks where I-95 crosses the Pennsylvania Turnpike. Joel Rose/NPR hide caption

August 20, 2010 • Interstate 95 stretches nearly 2,000 miles, an unbroken ribbon of highway from the top of Maine to the southern tip of Florida -- with one big exception. Finally, after 25 years in bureaucratic limbo, work on the final 12-mile stretch is set to begin. 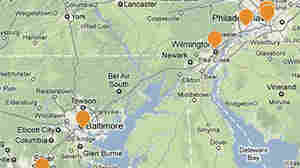 I-95, Beyond View: Places Worth Exiting For

August 20, 2010 • In collaboration with the review site Yelp, we took a look at what was beyond view on I-95. Yelp's community managers dug through their users' reviews and found places -- from bars to parks -- that are worth exiting for in five stretches of I-95. 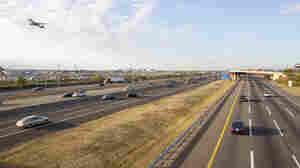 August 20, 2010 • All along the Eastern Seaboard, Interstate 95 has helped shape the daily lives and vacation dreams of the roughly 100 million people who reside alongside it. In the series "I-95: The Road Most Traveled," NPR takes a closer look at this great river of traffic.