Accessibility links
The Volga: Russia's River Of Revolution The 2,300-mile Volga River is Russia's pride and lifeblood. It provides water, power and transport and has played a key role through Russia's early imperial history up to the present. Now, the river and the communities along it are under threat. 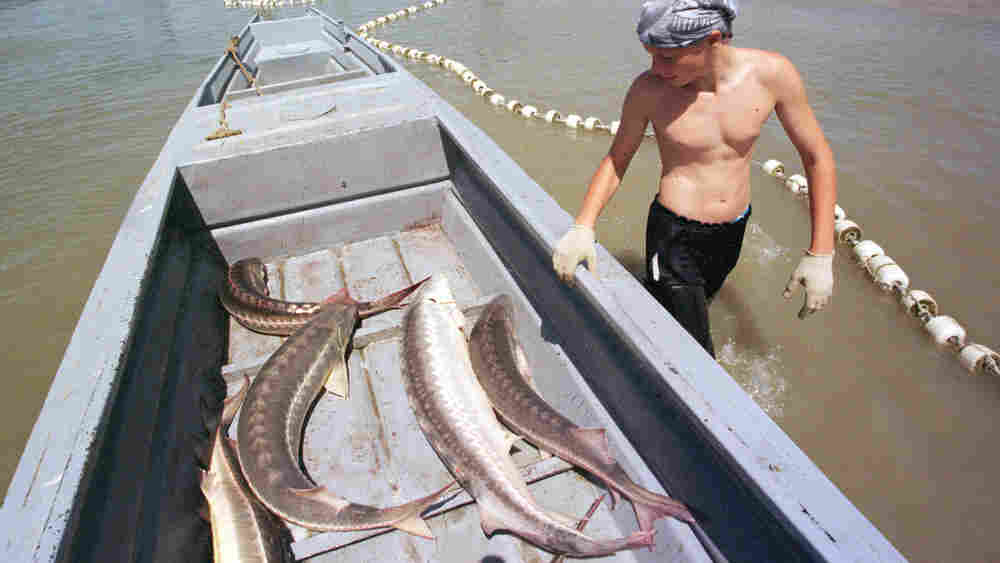 A fisherman looks at sturgeon lying in a boat on the Volga River near Astrakhan in August 2000. The communities around Astrakhan are struggling as the sturgeon population plummeted during recent decades. Oleg Nikishin/Newsmakers/Getty Images News hide caption

November 5, 2010 • Astrakhan, on the Volga River, once was known as Russia's caviar capital — but no more. As the fish neared extinction, Russia banned all commercial sturgeon fishing in the area and the export of all black caviar. Now, both the sturgeon and the local people struggle to survive. 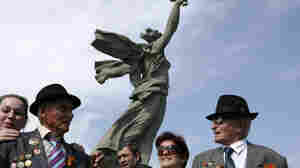 Russian veterans of World War II attend a Victory Day event in Volgograd, formerly Stalingrad, May 8, 2010. The site of one of the bloodiest and most important battles of World War II, Volgograd and its residents are struggling to find their way in post-Soviet Russia. Mikhail Mordasov/AFP/Getty Images hide caption

Battle Of The Volga Alive In Russian Memory

November 4, 2010 • Nowhere is the Volga River more hallowed than in the city named after it: Volgograd, better known as Stalingrad, site of one of World War II's most important, and bloodiest, battles. Today, Volgograd residents are still adjusting to the post-Soviet changes that have altered Russia.

Battle Of The Volga Alive In Russian Memory 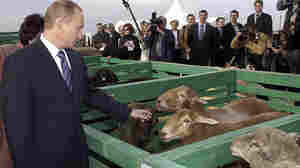 While Russia's president, Vladimir Putin visits a farm in the Volga region, outside Saratov, in September 2004. Since then, Putin has helped bail out farmers in the area, but many observers worry about his party's seemingly pervasive power. Alexey Panov/AFP/Getty Images hide caption

November 3, 2010 • Far downriver from Moscow's affluence, the struggling Volga River city of Saratov is trying to catch up. For some, Prime Minister Vladimir Putin's pervasive and all-powerful party is helping to provide solutions. For many others, it's part of the problem. 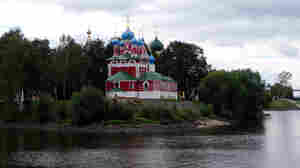 A day after leaving Moscow, travelers can see colorful churches along the forested banks of the Volga. They share the banks with mansions of Russia's nouveau riche. Anne Garrels/NPR hide caption

November 2, 2010 • The contradictions of today's Russia are evident along the banks of the Volga River. In the post-Soviet world, personal freedoms, unshackled capitalism and the paradox of Vladimir Putin's centralized state controls run on a parallel course. 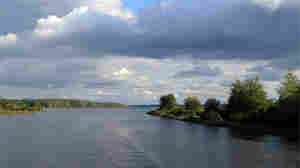 Russia's Volga River travels 2,300 miles through the country's heartland. It is the source of Russia's power, spanning from imperial times to the present. Here, a cruise ship travels down the Moscow-Volga canal, heading into the river. Anne Garrels/NPR hide caption

November 1, 2010 • The 2,300-mile Volga River is Russia's pride and lifeblood. It provides water, power and transport and has played a key role in Russia's history. Now, in post-Soviet times, the river and its communities are under threat from economic woes and environmental concerns.