Accessibility links
Science And Medicine Science and medicine, as they relate to pregnancy and childbirth. Part of the "Beginnings" series. 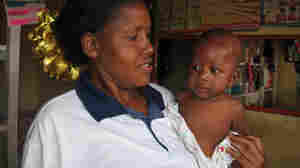 August 1, 2011 • Nearly 1 in 7 new mothers in the U.S. have a prolonged period of overwhelming depression or anxiety after giving birth. This postpartum depression occurs in the developing world, too. But psychiatrists say it's hard to get doctors interested in treating it. Many are not trained for it, and insurance companies often don't reimburse for it.

July 19, 2011 • At 38, All Things Considered producer Melissa Gray had a less than 10 percent chance of natural conception. When she got pregnant, doctors said her baby had a 1-in-66 chance of chromosomal disorders. Not only was he that 1 in 66, he had an abnormality so rare, there weren't any numbers to predict it. 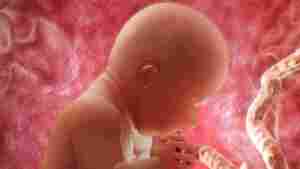 July 18, 2011 • A full-term pregnancy lasts 40 weeks, but some women are now electing to deliver two or three weeks early. Even though 37 weeks is still considered full term, studies show that babies born even a few weeks too early are at greater risk for health problems than those who are born later. 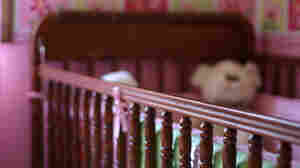 SIDS: Many Deaths No Longer A Mystery

July 15, 2011 • For years, little was known about why babies died suddenly and unexpectedly in their sleep. But now, many of these deaths are believed to be preventable accidents caused by unsafe sleep practices. That's led some to question whether the term sudden infant death syndrome is still relevant. 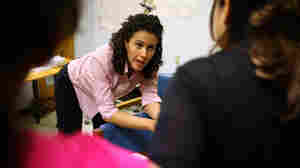 July 13, 2011 • In a growing trend called centering, a group of women meet for collective medical visits throughout their pregnancies, getting advice from professionals and each other on things like nutrition, postpartum depression and breast-feeding. The goal: putting health care in the patients' hands. 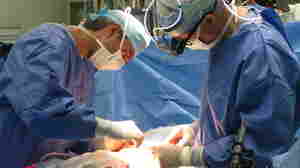 July 11, 2011 • Spina bifida, a spinal cord defect, affects about 1,500 U.S. pregnancies each year. Just this year, surgery to correct this birth defect while the fetus is still in the womb has moved past the experimental phase. While the surgery doesn't guarantee a perfect outcome, sometimes the results are truly amazing.

July 8, 2011 • Across the country, black women fare worse than white women in almost every aspect of reproductive health. And black infants are more than twice as likely as white infants to die before their first birthdays. States like Delaware are spending millions to improve those odds.