Accessibility links
Race To The Arctic The Arctic may be the world's next geopolitical battleground. Temperatures there are rising faster than anywhere else in the world, and the melting ice will have profound consequences on the roof of the world. NPR examines what's at stake, who stands to win and lose, and how this could alter the global dynamic. 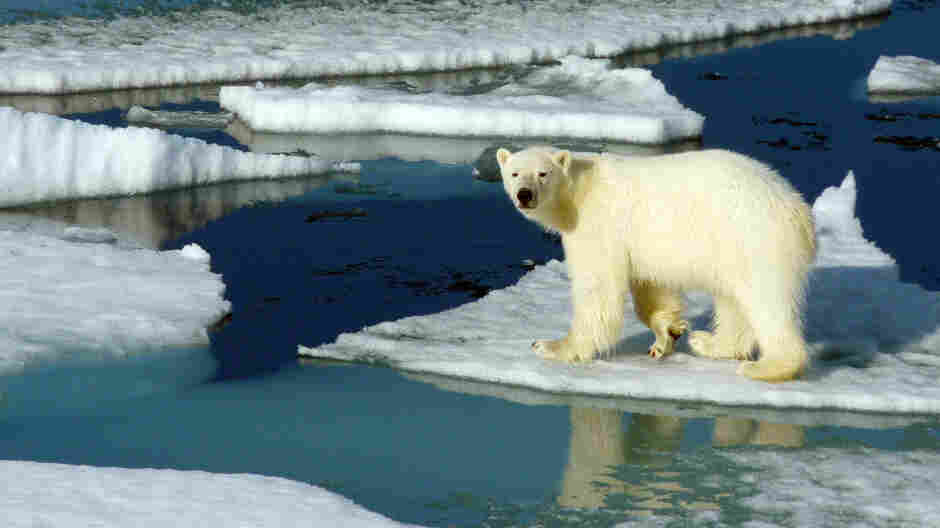 A polar bear makes its way across the ice in Canada's Northwest Passage. Melting ice in the Arctic will make survival increasingly difficult for wildlife in the region. Jackie Northam/NPR hide caption

Unraveling The Mysteries Of Arctic Warming

August 20, 2011 • The Arctic is heating up twice as fast as the rest of the Earth, and sea ice is rapidly disappearing during the summer months. Some studies now suggest the Arctic Ocean could be free of ice in the summertime by the year 2030, with major repercussions in the region and beyond. 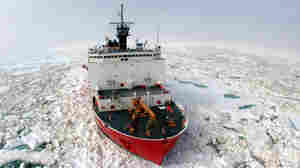 The U.S. Coast Guard Cutter Healy breaks ice to support scientific research in the Arctic Ocean near Barrow, Alaska, in this file photo from July 2006 provided by the Coast Guard. In addition to the medium-class Healy, the U.S. just has two polar-class icebreakers — one of which will be decommissioned soon. Prentice Danner/AP hide caption

In The Race For The Arctic, The U.S. Lags Behind

August 19, 2011 • The warming Arctic is opening up to increased activity, but the U.S. has not been a major player so far. For now, its polar capabilities are limited. Also, the U.S. isn't party to a major treaty that will shape territorial claims in the region.

In The Arctic Race, The U.S. Lags Behind 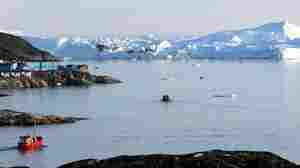 Greenland's economy is heavily dependent on fishing. The influx of money from drilling would have a dramatic impact on the island. Philip Reeves/NPR hide caption

In The Land Of White Nights And Erik The Red

August 17, 2011 • As temperatures rise and the ice retreats, change is coming to Greenland, the world's largest island, and its 56,000 residents. For now, though, the slow life there still revolves largely around hunting and family, as a recent visit shows. 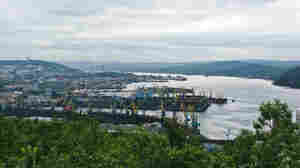 Murmansk, Russia, is the largest city above the Arctic Circle. If Russia follows through with plans to explore for oil and natural gas offshore in the Arctic Ocean, the city and its port could see significant economic benefits. David Greene/NPR hide caption

Russia Pushes To Claim Arctic As Its Own

August 16, 2011 • Ever since the Soviet Union collapsed two decades ago, many Russians have felt they were a nation in retreat. But Prime Minister Vladimir Putin sees the Arctic as a place for Russia to expand, with an eye on its natural resources.

Russia Pushes To Claim Arctic As Its Own 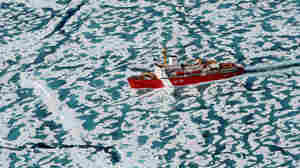 The Louis S. St Laurent icebreaker slices its way through the ice of the Northwest Passage. Jackie Northam/NPR hide caption

August 15, 2011 • For centuries, the ice-choked Northwest Passage has been prized as a potential trade route. Now, rising Arctic temperatures mean the waterway is expected to open up for longer periods — a boon for shipping companies seeking a shortened trade route and for nations vying for untapped natural resources.

August 15, 2011 • The Earth is warming, with profound consequences for the roof of the world. The Arctic ice coverage has been steadily shrinking, affecting shipping, indigenous communities and natural resources exploration.

More from Race To The Arctic
Browse archive or search npr.org