Accessibility links
2 Languages, Many Voices: Latinos In The U.S. Latinos make up America's largest minority group — more than 50.5 million and growing. A Morning Edition series looks at the ways Latinos are changing — and being changed by — the U.S. 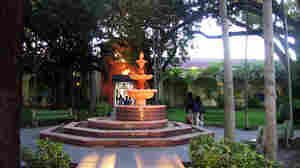 October 25, 2011 • At Coral Way, the children of political refugees fleeing Cuba in the 1960s were not only expected to learn English, but also expected to remain fluent in Spanish and hold on to their culture. Today's students can read, speak and write in both languages. 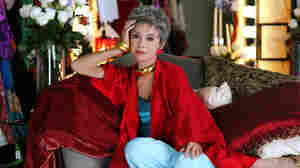 October 24, 2011 • They rose to fame 40 years apart, but Rita Moreno and John Leguizamo say they both faced some of the same hurdles in a town that sometimes just sees brown — and they both got over them with a signature sense of humor. 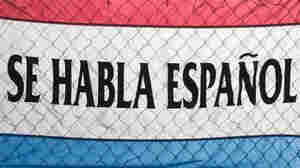 October 19, 2011 • We turned to NPR's Facebook fans to learn how they are being affected by the increased use of Spanish in the United States. We were surprised by the range and diversity of responses. 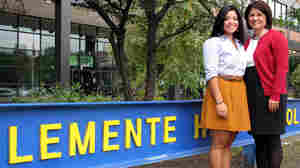 Natalie Ochoa (left) and her mother, Betty Ochoa, say that services at the New Life Covenant church are less formal than those of the Catholic church they once attended.

October 19, 2011 • As their numbers grow in the U.S., Latinos are not only changing where and how they worship; they're also beginning to affect the larger Christian faith. 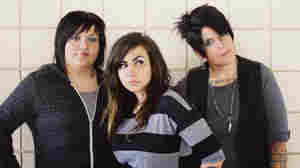 October 19, 2011 • The Texas trio performs loud Latin alt-rock in both English and Spanish — though its members are only fluent in one of the two. 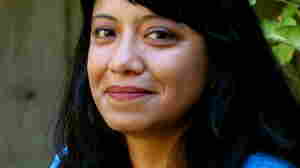 Malin Alegria lives in San Jose, Calif., where she teaches and writes.

October 18, 2011 • In 2006, Malin Alegria's debut novel was unique in the world of young adult fiction: It followed a Mexican-American girl through a quintessential coming-of-age experience — the quinceanera. Today, Alegria's book is still celebrated in Latino communities — and publishers are starting to pay attention.

October 17, 2011 • Gustavo Perez Firmat is a Cuban-American who writes novels, memoirs, poetry, and academic works in both Spanish and English. "But I have the feeling that I'm not fluent in either one," he says. "Words fail me in both of them." 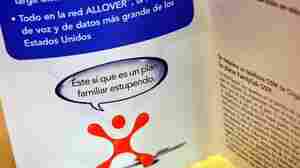 A Spanish-language pamphlet for Cingular phone-rate information is displayed in a Cingular store in Elmhurst, Ill. Cingular announced in 2006 that it was converting 420 of its stores to "a bilingual concept," with both English and Spanish phone information and payment options, and bilingual staff members.

October 12, 2011 • The digital divide separates those who have access to technology from those who don't. But there's another digital divide that has gotten less attention: Those who don't speak English are often ill-equipped to navigate the online world, even when they have good access to it. Kids are helping their parents bridge that gap. 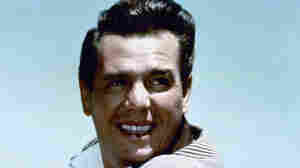 Desi Arnaz, seen in 1955, was one of the first characters to speak Spanish on English-language television.

October 11, 2011 • For one Cuban-American kid growing up in Miami, hearing Spanish spoken on I Love Lucy was a surprisingly important experience with English-language media. 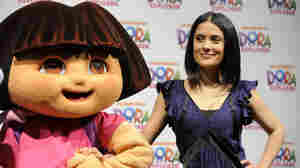 Movie star Salma Hayek poses with "Dora the Explorer" during a 10th anniversary event last year. Dora, voiced by Caitlin Sanchez, is only one of the most recent Latino stars in a long history of Latinos on television.

October 11, 2011 • While Spanish has long had a recurring bit role on English-language television, it has slowly but surely become an integral part of the American soundtrack. Think Desi Arnaz on I Love Lucy, Freddie Prinze on Chico And The Man, Sofia Vergara on Modern Family. As part of our series, Two Languages, Many Voices: Latinos in the U.S., here's a look at a few highlights from the past six decades.

Listen to Felix Contreras talk about Latinos on TV 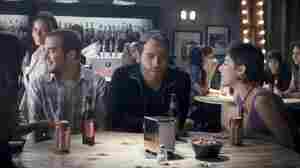 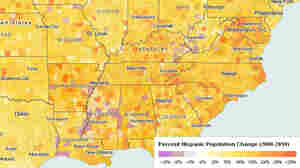 October 10, 2011 • One in every six U.S. residents is now Latino. While the majority of the nation's Hispanics reside in just three states — California, Texas and Florida — the Latino population increased in virtually every state and grew in 2,962 of America's 3,142 counties. 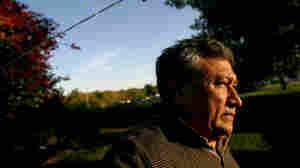 October 10, 2011 • Census figures show the Hispanic population in the largely white state of Iowa, while only 5 percent, has almost doubled since 2000. In tiny West Liberty, the mayor says half the local businesses are probably Hispanic-owned. The town's dual language program in schools is also attracting residents from nearby cities.