Accessibility links
The Arab Spring: One Year Later A year ago, the people of Tunisia and Egypt rose up against their autocratic rulers and forced them from power. Those revolutions spread across the Arab World, leading to the region's biggest upheaval in decades. It's still not clear how these seismic changes will play out; so far, the results have been mixed. 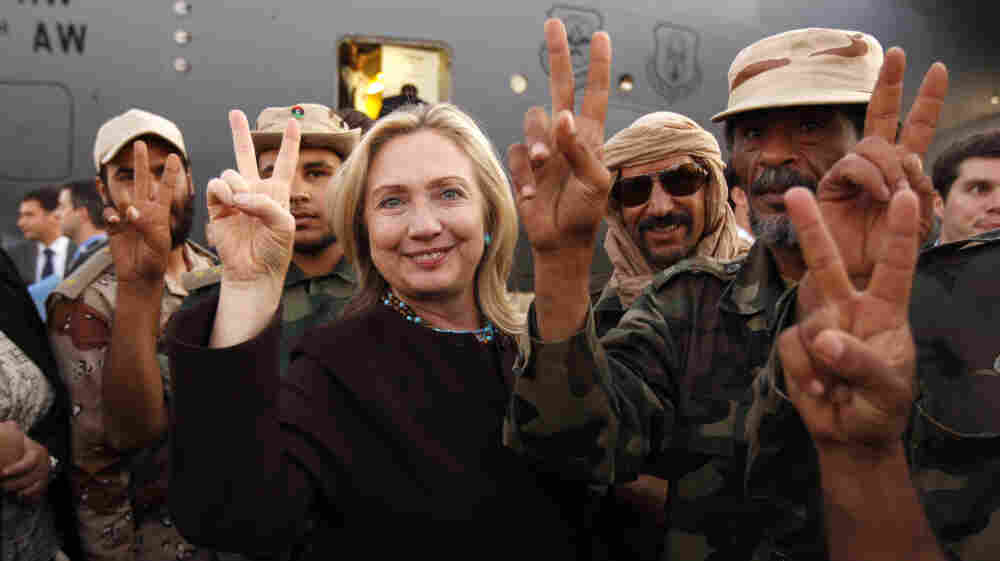 The U.S. is still trying to formulate new policies for the fast-changing politics of the Middle East. Here, Hillary Clinton stands with Libyan fighters who ousted Moammar Gadhafi during an Oct. 18 visit by the U.S. secretary of state to the capital Tripoli. Kevin Lamarque/AFP/Getty Images) hide caption

January 9, 2012 • For decades, the U.S. sought stability in the Middle East. But the upheavals of the past year have left the region in flux, and the U.S. is trying to define a new policy for dealing with changes that are still playing out. 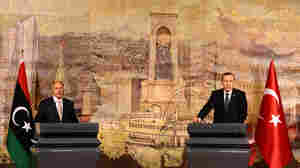 January 6, 2012 • As a number of Arab states go through dramatic transitions, many are looking to Turkey as an example of a modern, moderate Islamic country that has a working democracy. But it's not clear whether Turkey's successes can be duplicated elsewhere. 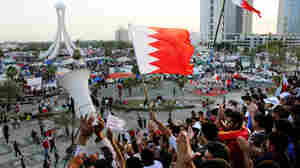 Bahrain is the one Arab country where the government has suppressed a major uprising. Here, protesters wave flags at the Pearl Roundabout in the capital Manama on Feb. 20, 2011, when the demonstrations were at their peak. John Moore/Getty Images hide caption

January 5, 2012 • Bahrain put down an uprising and said it would introduce changes. But so far, little has changed in a country where Shiite Muslims make up most of the population but have very little power. 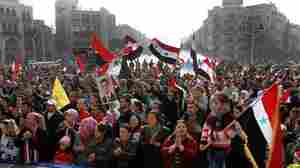 January 4, 2012 • A major factor in the Syrian revolt is the battle between sectarian groups. The Assad family and the minority Alawites have held the top jobs for decades, and feel they would be trampled if the majority Sunni Muslims come to power. These sectarian tensions are never far from the surface in the Middle Eastern nations going through upheavals. 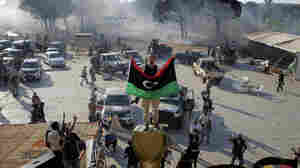 January 3, 2012 • Moammar Gadhafi cracked down hard on Islamists throughout his long rule. With his overthrow and death, Islamist groups are now able to operate freely. 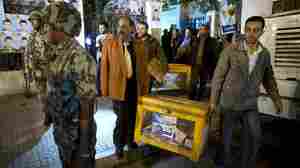 Egypt is holding parliamentary elections, but the military remains the most powerful force in the country. Here, election officials take away ballot boxes from a polling station in Cairo on Nov. 29, 2011. Odd Andersen/AFP/Getty Images hide caption

January 2, 2012 • The revolutions in Egypt and Tunisia took place in a matter of days, filling those countries with hope of a brighter future. Both countries have held elections, but creating a democracy will take time. 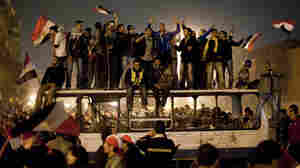 January 2, 2012 • The Arab world has undergone more upheaval in the past year than in the past several decades. Here is a look at the most important events in the region, which remains in a state of transition.

More from The Arab Spring: One Year Later
Browse archive or search npr.org