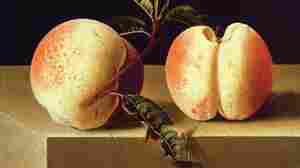 'Windows' That Transform The World: Jane Hirshfield On Poetry

March 14, 2015 • In a "window moment," the poet says, a work shifts and expands: "By glancing for a moment at something else, the field of the poem becomes larger. What's in the room with the poem is bigger."

'Windows' That Transform The World: Jane Hirshfield On Poetry 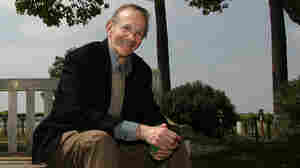 February 15, 2015 • In his six-decade career, Levine found grace and beauty in the lives of working people, especially the people and places of his youth. He was a United States poet laureate and a Pulitzer Prize winner.

February 7, 2015 • For the last 40 years, poet Richard Shelton has been helping prisoners in Arizona reclaim their humanity. NPR's Arun Rath talks with Shelton about his work. 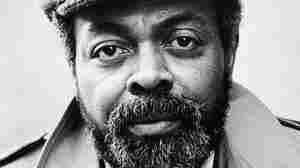 January 31, 2015 • "The real hallmark of an effective political artist is that the politics is accepted with the art," said Baraka. A new career-spanning anthology collects his work from 1961 to 2013. He died in 2014. 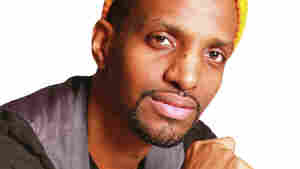 January 25, 2015 • J. Ivy says his father grew up in pain and passed that pain on to the next generation. In his new book, he says that forgiveness is an ongoing act — and you must constantly remember to forgive again. 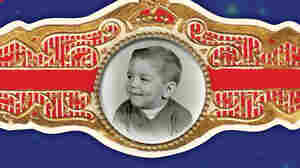 September 28, 2014 • Richard Blanco, who read "One Today" at Obama's inauguration in 2013, explores the collision of sexual, artistic and cultural identity in his new memoir about his childhood in Miami.

The Turmoil In Scotland, Expressed By Its Poets

September 20, 2014 • Scotland has a proud national tradition of poetry. Days after a historic referendum on independence, we look at how poems by Scottish writers can help us better understand this moment.

The Turmoil In Scotland, Expressed By Its Poets 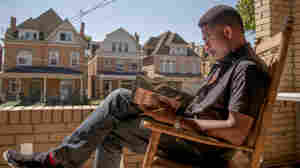 "I became a poet in Pittsburgh," says, poet and University of Pittsburgh professor Terrance Hayes, pictured above at his home. Courtesy of the John D. & Catherine T. MacArthur Foundation hide caption

September 17, 2014 • Hayes, a professor of writing at the University of Pittsburgh, was recognized for "reflecting on race, gender, and family in works that seamlessly encompass both the historical and the personal." 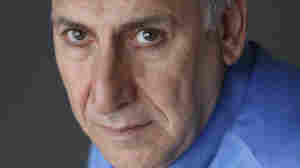 Edward Hirsch has written several books of poetry, including For the Sleepwalkers, Wild Gratitude and Special Orders. Courtesy of Knopf hide caption

September 5, 2014 • In Gabriel, Edward Hirsch delivers a 78-page elegy to his son. He says turning his memories into poetry "gave me something to do with my grief." 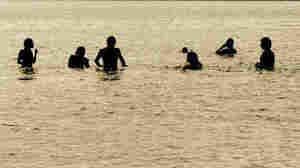 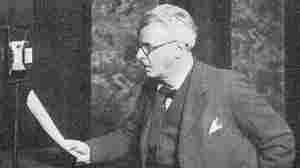 Irish poet William Butler Yeats makes a recording for the radio. Scroll down to hear him read his poem "The Lake Isle of Innisfree." Culture Club/Getty Images hide caption

June 20, 2014 • Poetry has deep roots in music — in fact, in some cultures, poetry and song are the same word. Edward Hirsch, author of A Poet's Glossary, explains how poets use rhythm to reach their readers. 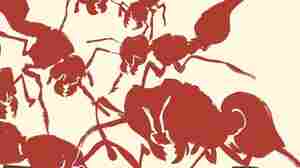 June 15, 2014 • Douglas Kearney tells NPR's Rachel Martin about the anguish of miscarriages and the tough decisions presented by in vitro fertilization — experiences that inspired his latest book, Patter. 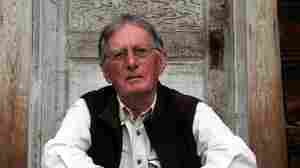 Charles Wright, a retired professor at the University of Virginia, has been named the nation's next poet laureate. Holly Wright/Farrar, Straus and Giroux hide caption

June 12, 2014 • Pulitzer Prize-winning poet Charles Wright, who will serve as the next poet laureate, tells NPR's Melissa Block that his inspirations — landscape, language and God — have stayed constant for 50 years. 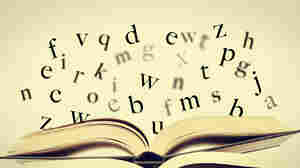 According to iStockphoto, these floating letters "symbolize the idea of literature." Sure. We'll just roll with that. iStockphoto hide caption

For Poetry Month, We're Taking To Twitter — And We Want Your Help

April 8, 2014 • April is National Poetry Month, and as part of Code Switch's celebration, we'd like to make a poem with the help of our readers. Poet Kima Jones will be curating lines of verse you submit on Twitter. 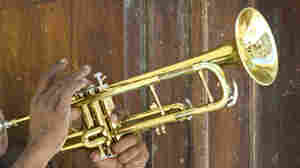