Accessibility links
Titanic: Voyage To The Past On April 10, 1912, the British luxury liner glided through the Southampton, England, harbor to begin her ill-fated maiden voyage. Five days later, the $7.5 million vessel sank after striking an iceberg in the north Atlantic. The tragic disaster claimed 1,517 lives. There were 711 survivors. 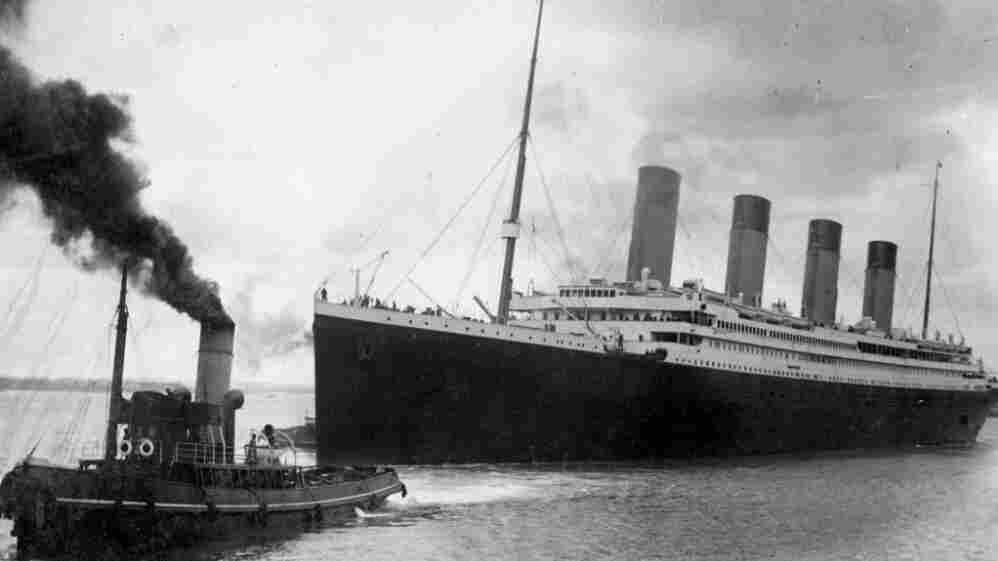 April 30, 2012 • "Of course it will sink if you put a hole in it," says mining magnate Clive Palmer. He says he's contracted with Chinese shipbuilders and that the liner will be ready to sail in 2016. First voyage: From London to New York. 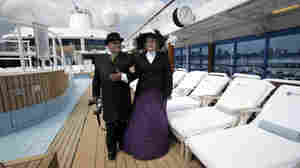 Laurie and Dan Castaneda from Long Beach, Calif., walk the pool deck of the Azamara Journey on a Titanic Memorial Cruise. Preparation for their costumes involved several weeks of research, last-minute purchases and even home-sewn clothing from vintage patterns. Richard Drew/AP hide caption

A Dispatch From The Titanic Memorial Cruise

April 15, 2012 • One hundred years ago, the Titanic struck an iceberg and sank into the Atlantic on its maiden voyage. At that very spot today is another luxury liner, there to mark the centennial of the disaster. Writer Lester Reingold is on board the memorial cruise, and he sends us this report.

A Dispatch From The Titanic Memorial Cruise 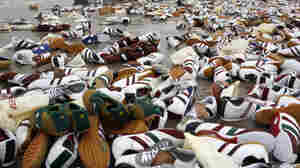 Tennis shoes lay on the beach on Terschelling island, Netherlands, Feb. 10, 2006. They were from a shipping container that fell off a ship during a storm. Marleen Swart/AP hide caption

April 14, 2012 • When explorer Robert Ballard discovered the Titanic on the sea floor in 1985, he also found a pair of leather shoes sitting on the deck near the stern of the ship. 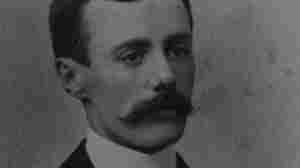 Surviving officers of the Titanic recalled ship's doctor John Edward Simpson as perfectly calm in the face of death, even giving his pocket flashlight to one of the lifeboat captains. Courtesy of Kate Dornan hide caption

History Lost And Found: A Letter From Titanic

April 14, 2012 • John Edward Simpson was a ship's doctor aboard the Titanic. He wrote a letter to his mother back home in Belfast, a few bits of news and fond wishes. The letter, sent from the great ship's last port of call, made it home. Simpson did not.

History Lost And Found: A Letter From Titanic 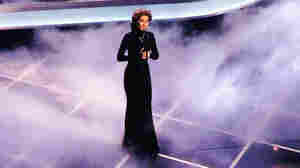 Celine Dion sings "My Heart Will Go On" at the 1998 Academy Awards. Timothy A. Clary/AFP/Getty Images hide caption

April 13, 2012 • From the tootle of its opening pennywhistle, "My Heart Will Go On" became Titanic's third co-star, and no power ballad since has matched it for size or emotion. 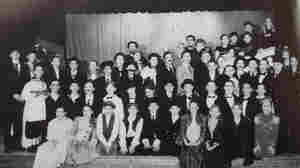 The cast and crew of Titanic, as pictured in my 2001-2002 yearbook. I'm standing in the third row back on the right side, in front of the "captain." Courtesy of Dana Farrington hide caption

I Died On The Titanic

April 13, 2012 • Titanic the musical, that is. NPR.org's Dana Farrington played a drowning victim as an eight-grader in 2002. The costumes and set were memorable in a good way, she says. But portraying the tragic ordeal was a bit creepy. 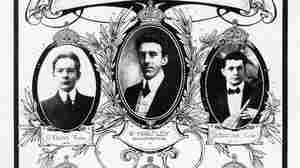 Portraits of Wallace Hartley (top center) and the other musicians aboard the Titanic, published after the ship sank in 1912. Wikimedia Commons hide caption

April 13, 2012 • Wallace Hartley left work as a bank teller to become a conductor. He spent his final moments on the deck of the Titanic, leading the ship's seven musicians in song as they sank into the North Atlantic.

Why Didn't Passengers Panic On The Titanic?

April 12, 2012 • People behaved very differently on another ship that sunk around the same time. An economist thinks he knows why.

Why Didn't Passengers Panic On The Titanic? 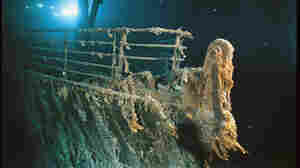 April 10, 2012 • On April 10, 1912, the Titanic set sail for New York City. The rest of the story has been the subject of countless books, shows and films about the legend of the "unsinkable" ship. Bob Ballard, who discovered the wreckage, talks about why the story is still so fascinating. 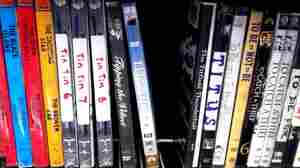 Why 'Titanic' Is So Hard To Find

April 9, 2012 • I'm working on a radio story about the sinking of the Titanic, and I need to grab a few audio clips from the movie. That's harder than I thought. 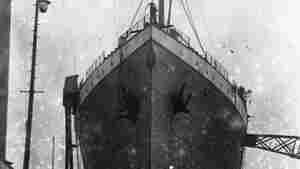 April 6, 2012 • It's been 100 years since the sinking of the RMS Titanic, and the anniversary brings with it a barrage of literature. Former NPR editor Rachel Syme has been keeping track of the new releases and lists her favorites here. Do you have a favorite Titanic book? Let us know in the comments.

April 4, 2012 • The world seems obsessed with the Titanic, which went under nearly 100 years ago. At a museum in Britain, you can study Titanic products. Items include: Iceberg Beer, a Titanic Barbie doll which looks like Kate Winslet's character from the movie and a Tubtanic bathtub plug. 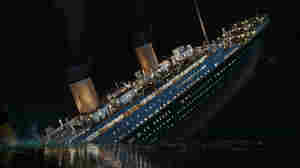 March 30, 2012 • Filmmaker James Cameron has just returned from a successful submersible expedition to the deepest spot in the ocean — and he's also gearing up for the 3-D rerelease of his 1997 epic, Titanic. Cameron says that for him, filmmaking and exploring are two aspects of the same basic impulse.

March 28, 2012 • Next month marks the centennial of the sinking of the Titanic. A collection of more than 5,500 objects amassed during seven expeditions to the site is up for sale. Items range from binoculars and tea cups to a giant slab of the ship's hull. The collection has been appraised at $189 million. David Greene talks to Arlen Ettinger, president of Guernsey's, the auction house managing the sale. 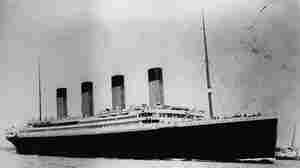 The Titanic, which sank 100 years ago in April. Central Press/Getty Images hide caption

January 11, 2012 • A ship will leave Southampton on April 8 and stop at the site of the Titanic's sinking on the 100th anniversary of that tragedy. Then, it is to finish the voyage that the Titanic couldn't. 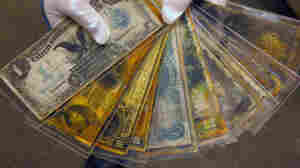 Currency is among the artifacts salvaged from the wreck of the Titanic. Stanley Leary/ASSOCIATED PRESS hide caption

Titanic Artifacts To Be Auctioned

December 29, 2011 • The company that salvaged thousands of artifacts from the Titanic will auction them together next April, on the 100th anniversary of the ship's sinking. 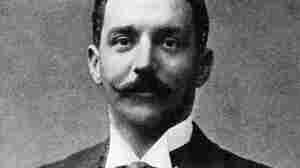 'How To Survive The Titanic,' And Sink Your Reputation

October 15, 2011 • In 1912, J. Bruce Ismay was one of the most hated men in America: He owned the Titanic; gave the ship just 20 lifeboats; and — unlike so many — lived through its maiden voyage. Frances Wilson tracks the scandal of Ismay's survival in How to Survive the Titanic.

August 7, 2011 • NPR's summer road trip series continues with a tribute to two influential Washington, D.C., figures from the early 1900s. A 12-foot fountain in the nation's capital honors the friends, who took an ill-fated trip in 1912 aboard a brand-new ocean liner called the Titantic. Emily Friedman reports.

June 9, 2011 • Mark Wilkinson of Birmingham, England, may have invited a bit of bad luck when he named his used 16-foot cabin cruiser Titanic 2. When the boat returned to harbor from its maiden voyage, it sank. The harbormaster took Titanic 2 in tow, and pulled Wilkinson out of the water. 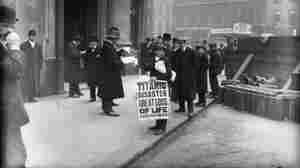 A London newspaper boy sells copies of the Evening News with a story about the sunken ship. Topical Press Agency/Getty Images hide caption

Gavin Bryars' 'Sinking Of The Titanic' In Concert

March 31, 2008 • Bryars' first major composition, The Sinking of the Titanic, still sounds as vital, fresh and forward-thinking as it did when it was written in 1969. The piece was performed in 2008 as part of the Wordless Music Series recorded by WNYC in New York City.

41:53
More from Titanic: Voyage To The Past
Browse archive or search npr.org