Accessibility links
Mom And Dad's Record Collection We're asking people to tell us about one song they discovered through a parent and how it shaped them. 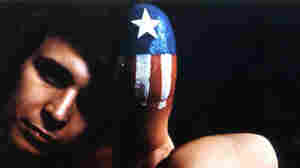 'American Pie' And The Box Of Records A Father Left Behind

'American Pie' And The Box Of Records A Father Left Behind 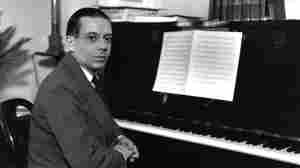 August 30, 2012 • Listener Melanie Cowart says things were rarely easy for her parents — one of whom was black and one white — in Depression-era Missouri. Porter's "Begin the Beguine," one of their favorite songs, became a fitting symbol of their relationship. 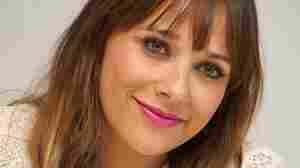 August 23, 2012 • A child of Hollywood royalty explains how, in her childhood, one band opened her mind to "the mathematics of music." 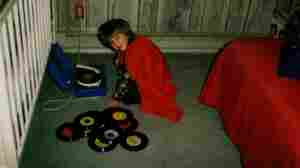 Little Darrin Wolsko spent a chunk of his childhood playing his father's copy of The Beatles self-titled album, best known as The White Album, over and over. Courtesy of the Wolsko family hide caption

August 16, 2012 • An NPR listener spent a chunk of his childhood making the journey from "Back in the U.S.S.R." to "Good Night," playing his father's copy of The Beatles over and over. The album was destroyed, but the son's love for music and for his father remain to this day. 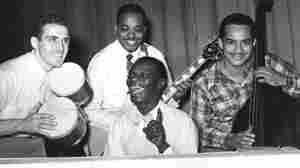 Leonard Pitts On Memories Of Laundry And Nat King Cole

Leonard Pitts On Memories Of Laundry And Nat King Cole 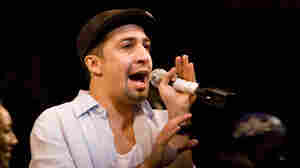 Lin-Manuel Miranda performs in his Tony-winning musical, In the Heights, in 2008 in New York City. Steven Henry/Getty Images hide caption

August 2, 2012 • The Tony-winning lyricist and composer says "El Padre Antonio y Su Monaguillo Andres," a song by Blades, helped him understand the interplay of music and lyrics. Miranda says he didn't notice how dark Blades' song was at first, but eventually figured out what a powerful trick he'd pulled off. 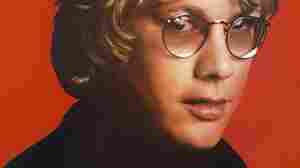 Warren Zevon on the cover of Excitable Boy, the 1978 album which includes "Werewolves in London." Courtesy of the artist hide caption

From Scorn For Zevon, A Father-Daughter Moment Is Born

From Scorn For Zevon, A Father-Daughter Moment Is Born 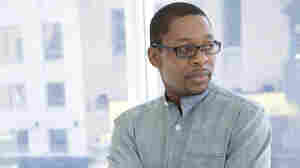 July 19, 2012 • Saxophonist and composer Ravi Coltrane — son of John and Alice — says his mother's love of symphonic music provided a childhood soundtrack for him and his siblings. 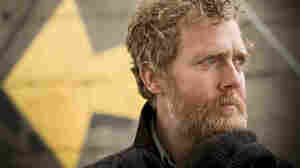 July 12, 2012 • The Irish singer-songwriter explains how a Pat Boone song helped his mother through a troubled marriage. 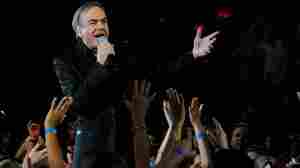 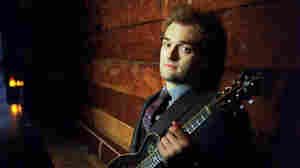 Chris Thile says he was only a year old when he first heard "The Girl from Ipanema." Danny Clinch hide caption

June 27, 2012 • The mandolin virtuoso, best known for his bands Nickel Creek and Punch Brothers, says he was sitting on the floor in a diaper the first time he heard "The Girl from Ipanema." 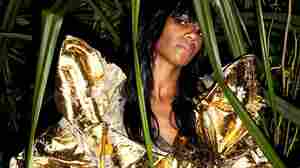 Santigold: 'Blown Away' By Fela Kuti

June 21, 2012 • Singer Santi White says her father steered her artistic development by introducing her to the music of Nigerian Afrobeat pioneer Fela Kuti at a young age.

Santigold: 'Blown Away' By Fela Kuti 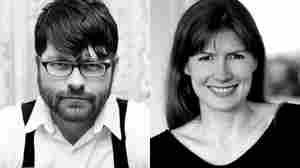 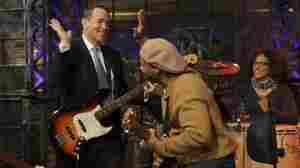 Mike Huckabee sits in on bass with the Tonight Show band in 2008. Paul Drinkwater/NBC via Getty Images hide caption

June 5, 2012 • The talk-show host and former presidential candidate also plays bass in a rock group. But he says his tastes were more shaped by the big-band jazz his parents played. 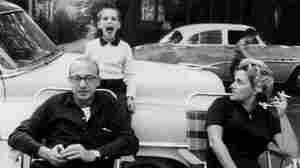 June 5, 2012 • If you grew up with parents who love music, chances are you raided their record collection at some point. What did you find? Was there an artist or album or song that shaped your tastes in music today, or something that you still carry around with you years later? 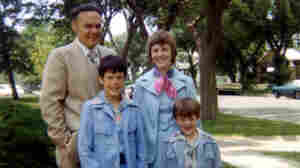 The Hilton family all dressed up, possibly for the John Denver show at Kemper Arena. Robin's the one in the light blue suit, with the lapels. Robin Hilton hide caption

Thanks For The Music, Mom And Dad

May 29, 2012 • Is there a song that makes you think of your parents every time it comes on the radio? We want you to share your memories: For better or worse, how did your parents' record collection shape your taste in music? 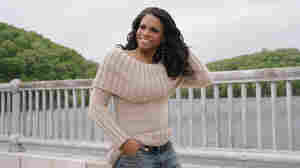 Audra McDonald is nominated for a Tony Award for her performance in The Gershwins' Porgy and Bess. She tells All Things Considered about the song that started her on her theater journey. Michael Wilson hide caption

May 29, 2012 • What song did you discover through your parents when you were growing up? For Broadway's Porgy and Bess star, a music box changed her world.